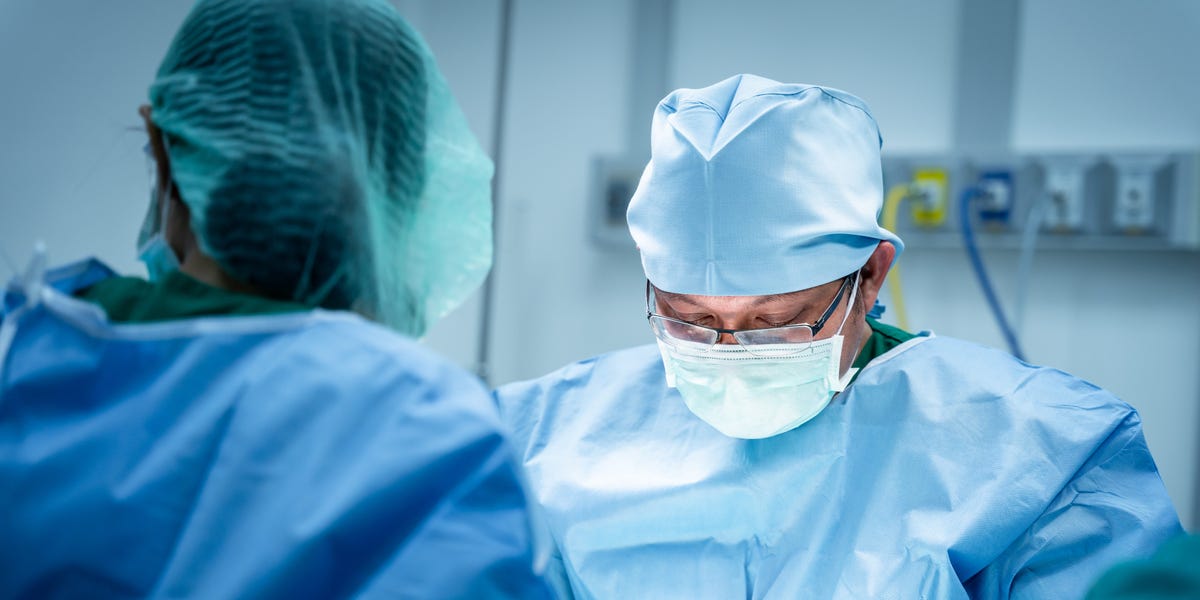 A doctor in the UK who admitted to autographing his patients’ livers has been removed from the country’s medical register.

Simon Bramhall pleaded guilty in 2017 to using an argon beam machine during surgery to brand his initials on two transplanted livers — one in February 2013 and another in August 2013, according to documents from the Medical Practitioners Tribunal Service.

Bramhall’s 1.6-inch initials were discovered by another doctor when one of the transplanted livers failed after around a week, The Guardian reported.

The act was “borne out of a degree of professional arrogance,” the medical tribunal said on Monday, as it concluded that Bramhall should be struck off the medical register, per The Guardian.

He was initially suspended from his post as a consultant surgeon in 2013 — the same year his initials were found on the livers — and resigned from his job at Birmingham’s Queen Elizabeth Hospital in 2014 while being investigated.

The branding also landed Bramhall two convictions for common assault in December 2017, for which he was fined $13,619 and sentenced to community service, per the MPTS.

The tribunal reviewed his actions in December 2020 and suspended him from medical practice for at least five months, but later revoked the suspension in June 2021 after “being satisfied there is no discernible risk of repetition.”

A high court judge rejected that second decision and referred Bramhall’s case back to the MPTS, which found that Bramhall’s removal from the medical register was an “appropriate and proportionate sanction,” according to The Guardian.

It added that while he was of “previous good character,” his deeds were a “gross violation of his patients’ dignity and autonomy” and undermined public trust in the medical profession, per the BBC.

Bramhall, along with his writing partner Fionn Murphy, appears to have turned the autographing incidents into a novel. The pair self-published a book titled “The Letterman,” a description of which reads:

“All it takes is a split second. One moment’s madness – and nothing will ever be the same again.

A surgeon is found to have inscribed his initials on a donor liver during a life-saving transplant operation, and everything changes, not just for him and for his patient, but for everyone around them. The ensuing conflict is played out in the medical world, the global media and eventually, in court, where justice itself is put on trial. What price victory? Who wins when everyone loses?”

The book is not currently available for sale on Bramhall’s Amazon Marketplace page. His author page describes him as “a General Surgeon who began his career at Queen Elizabeth Hospital” and a “Senior Consultant specialising in pioneering liver transplantation” who “recently retired.”