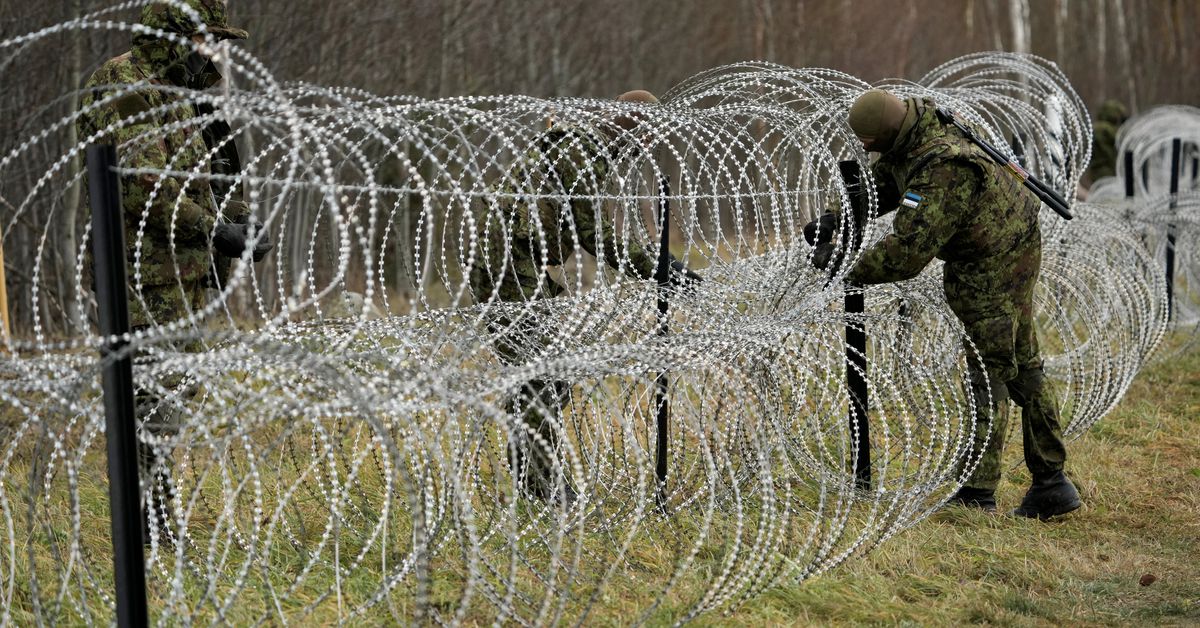 Jan 12 (Reuters) – The Baltic States are talking to NATO allies about increasing military deployments on their soil to deter Russia, Estonia’s prime minister told Reuters on Wednesday, and NATO’s chief said any Russian attack on Ukraine would spur a decision.

Russia, which has massed troops on its border with Ukraine, has demanded an end to such deployments and no more expansion of the Western defence alliance. It laid out its demands for security guarantees in Europe to NATO’s 30 allies in Brussels on Wednesday. read more

Estonia, Latvia and Lithuania, once ruled from Moscow, have been members of both NATO and the European Union since 2004, and have long sought more NATO involvement.

“Of course, we are discussing with our allies to increase their presence here to act as a deterrent,” Estonian premier Kaja Kallas told Reuters in a video interview from Tallinn, without giving any details.

“If you look at the map, the Baltic states are a NATO peninsula and therefore we have our worries”.

Stoltenberg said in Brussels: “If Russia once again uses force against Ukraine and further invades Ukraine, then we have to seriously look into the need to further increase our presence in the eastern part of the alliance.”

One NATO diplomat, speaking on condition of anonymity, told Reuters the issue of more deployments in the Baltics could be discussed by NATO defence ministers when they hold a scheduled meeting in mid-February.

NATO units were deployed in Lithuania, Latvia, Estonia and Poland after Russia annexed the Crimea from Ukraine in 2014. They have just over 1,000 troops each. Kallas said a boost to existing detachments was a possibility.

The West could have constructive talks with Moscow, she said but should also let the Kremlin know that if it escalates the situation in Ukraine there would be a high price to pay in terms of economic sanctions.

“I think we should not fall into the trap, into discussing what the West could do, because West hasn’t done anything wrong,” Kallas said. “The West hasn’t formed military groups to attack Russia.”

Moscow has denied any aggressive intent and has said it is entitled to station troops where it wants within its borders.