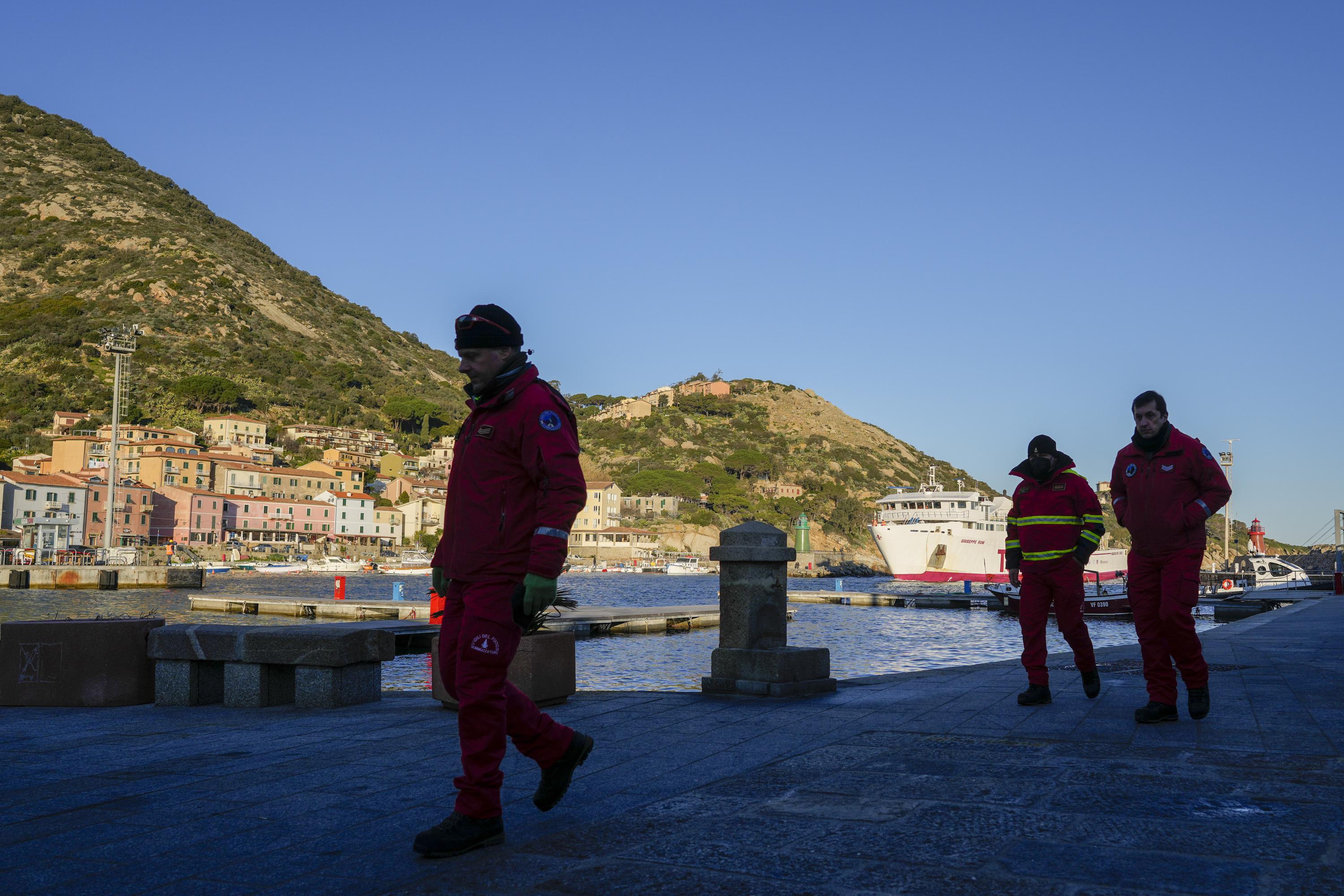 GIGLIO, Italy (AP) — Fog horns wailed and church bells tolled Thursday as Italy honored the 32 victims of the Costa Concordia shipwreck on the 10th anniversary of the disaster, with a commemoration that recalled the moment the cruise ship struck a reef and capsized off the Tuscan island of Giglio.

Some of the 4,200 survivors attended the anniversary events, which began with a noontime Mass and ended with a candlelit procession to Giglio’s dock at the exact moment, 9:45 p.m. local time, that the Concordia hit the rocks that sliced a 70-meter (230-foot) gash in its hull.

Coast guardsmen placed a wreath of flowers on the dock, and the parish priest led the small group in a moment silent prayer pierced only by fog horns and church bells commemorating the absurdity of the disaster: a stunt ordered up by the captain that ended with 32 people dead and a mammoth cruise ship flopped on its side.

Bells rang out earlier Thurday in the same Giglio church that opened its doors that freezing night and took in hundreds of passengers who abandoned ship and reached shore in lifeboats. Some had climbed off the lopsided liner on rope ladders after it flipped onto its side; others were plucked from the decks by rescue helicopters.

“I invite you to have the courage to look forward,” Grosseto Bishop Giovanni Roncari told survivors, relatives of the dead and Coast Guard officials who had helped coordinate the rescue. “Hope doesn’t cancel the tragedy and pain, but it teaches us to look beyond the present moment without forgetting it.”

The Concordia captain, Francesco Schettino, is serving a 16-year prison sentence for manslaughter and other charges for having ordered the crew to steer the ship off course and closer to Giglio in a stunt known as “tourist navigation” to give passengers and those on shore a thrill.

After the ship hit the reef, the engine room flooded and generators failed, causing a power outage that sent the ship adrift until it eventually crashed offshore and capsized. Evidence presented at the trial showed Schettino downplayed the severity of the situation in communications with the Coast Guard and delayed an evacuation order, then abandoned ship before all the passengers and crew were off.

Giglio’s vice mayor at the time, Mario Pellegrini, had climbed on board the listing ship that night to help coordinate the rescue, and found sheer chaos in the absence of orders from the captain or crew. He recalled he finally climbed down after the last passengers and crew had been evacuated, at around 6 a.m. the following morning.

“The memories I have from that night inside the ship are terrible, of the tears and desperation of the people,” he said Thursday. “I would have wanted to save everyone, but thinking about it again, everything I could do, I did.”

The 10th anniversary is also recalling how the residents of Giglio took in the 4,200 surviving passengers and crew, giving them food, blankets and a place to rest until day broke and they were ferried to the mainland. Giglio’s people then lived with the Concordia’s 115,000-ton, 300-meter (1,000-foot) carcass for another two years until it was righted and hauled away for scrap.

“It was right to be here, to pay tribute to those victims, but the primary motivation is to thank and greet the people who helped me that night, from Giglio,” said survivor Luciano Castro.

Giglio’s residents for their part warmly welcomed Kevin Rebello, whose brother Russel, a Concordia waiter, was the last person unaccounted-for until crews discovered his remains while dismantling the ship in 2014 in a Genoa shipyard.

Kevin Rebello had become close to many Giglio residents and rescuers during the months that divers searched for his brother. And on Thursday, as he arrived for the commemorative Mass, he received an award from the Civil Protection Agency.

“This is for (Russel),” Rebello told reporters as he clutched the plaque. “He would be proud of it.”

The anniversary comes as the cruise ship industry, shut down in much of the world for months because of the coronavirus pandemic, is again in the spotlight because of COVID-19 outbreaks that threaten passenger safety. The U.S. Centers for Disease Control last month warned people to avoid cruises, regardless of their vaccination status, because of the infection risk.

For Concordia survivors, the COVID-19 infections on cruise ships are just another indication that passenger safety still isn’t a top industry priority. Concordia passengers were largely left on their own to find life jackets and a functioning lifeboat. Because of the delayed evacuation order, many lifeboats couldn’t be lowered because the ship was already on its side.

Ester Percossi recalled being thrown to the ground in the dining room by the initial impact of the reef gashing into the hull “like an earthquake.” The lights went out, and bottles, glasses and plates flew off the tables.

“We got up and with great effort went out on deck and there we got the life vests — those that we could find, because everyone was grabbing them from each other — to save themselves,” she recalled. “There was no law. Just survival and that is it.”

Former Coast Guard Cmdr. Gregorio De Falco returned for the commemorations, 10 years after he became something of a national hero when audio emerged of his expletive-laden communications with Schettino in the hours after impact, ordering him to get back on board and coordinate the rescue.

“You prepare all your life for these mass rescue operations with the hope that you never have to do one,” De Falco said Thursday. “But it happened to us.”

Costa sent representatives to the ceremonies and issued a statement saying the company’s thoughts were with the victims and their relatives. Costa noted that since the disaster, it undertaken the massive operation to right the ship, remove it, and restore the damaged seabed.

The cruise line, a unit of U.S.-based Carnival Corp., thanked the rescue crews and residents of Giglio as well as the Costa employees “who gave their assistance and worked restlessly that night and in the following phases with generosity and courage.”