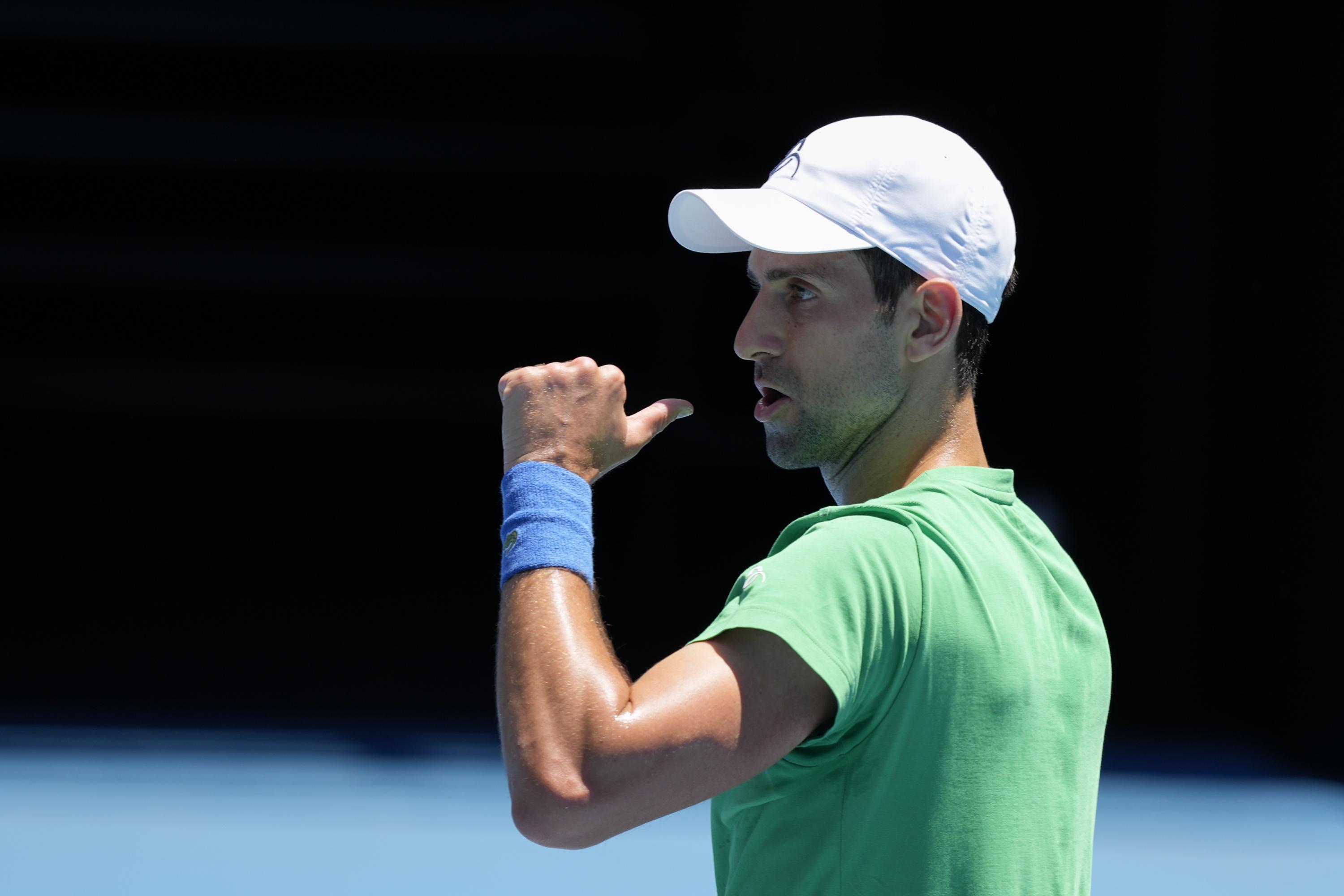 MELBOURNE, Australia (AP) — Novak Djokovic remained in limbo even after he was included in the draw for the Australian Open on Thursday, with the tennis star still awaiting a government decision on whether to deport him for not being vaccinated for COVID-19.

Despite the cloud hanging over Djokovic’s ability to compete, Australian Open organizers included the top seed in the draw. He is slated to play fellow Serb Miomir Kecmanovic, who is ranked world No. 78., in the opening round next week.

No. 1-ranked Djokovic had his visa canceled on arrival in Melbourne last week when his vaccination exemption was rejected, but he won a legal battle on procedural grounds that allowed him to stay in the country.

Immigration Minister Alex Hawke has been considering the question since a judge reinstated Djokovic’s visa on Monday.

Expectations of a pending decision were raised when Prime Minister Scott Morrison called an afternoon news conference after a national Cabinet meeting. Speculation heightened when the tournament draw was postponed by 75 minutes to a time after Morrison’s news conference.

The wait continued after both events concluded, with Morrison referring questions on Djokovic to his immigration minister.

“These are personal ministerial powers able to be exercised by Minister Hawke and I don’t propose to make any further comment at this time,” Morrison said.

The 34-year-old Djokovic has been trying to focus his attention on the playing court in the four days since he was released from immigration detention. He held a practice session at Rod Laver Arena, his fourth this week, in the mid-afternoon.

He was on the practice court Wednesday when a statement posted on his social media accounts acknowledged that his Australian travel declaration form contained incorrect information.

In the statement, Djokovic blamed “human error” by his support team for failing to declare that he had traveled in the two-week period before entering Australia.

Giving false information on the form could be grounds for deportation. That could result in sanctions ranging up to a three-year ban from entering Australia, a daunting prospect for a player who has won almost half of his 20 Grand Slam singles titles here.

Djokovic acknowledged the lapses when he sought to clarify what he called “continuing misinformation” about his movements after he became infected last month. It also raised questions about his public appearances in Serbia last month, particularly a media interview he attended despite knowing he was positive.

It was another twist in a saga over whether the athlete should be allowed stay in Australia despite not being vaccinated.

The initial news that Djokovic was granted an exemption to strict vaccination rules to enter the country provoked an outcry and the ensuing dispute has since overshadowed the lead-up to the Australian Open.

“Most of us thought because Mr. Djokovic hadn’t been vaxxed twice that he would be asked to leave,” Joyce said. “Well, that was our view, but it wasn’t the court’s view.”

“The vast majority of Australians … didn’t like the idea that another individual, whether they’re a tennis player or … the king of Spain or the Queen of England, can come up here and have a different set of rules to what everybody else has to deal with,” Joyce added.

The debate over Djokovic’s presence in Australia rages against a backdrop of surging COVID-19 infections across the nation.

Victoria state, which hosts the Australian Open, on Thursday eased seven-day isolation rules for close contacts of those infected in sectors including education and transport to curb the number of employees staying away from work.

The state recorded 37,169 new cases in the latest 24-hour period on Thursday, as well as 25 deaths and 953 hospitalizations. With cases surging, the Victoria state government moved to limit ticket sales to the tennis tournament in a bid to reduce the risk of transmission.

Djokovic’s visa status has been debated since he arrived more than a week ago, after posting on social media that he had received exemption permission.

At issue is whether he has a valid exemption to strict rules requiring vaccination to enter Australia since he recently recovered from COVID-19.

His exemption to compete was approved by the Victoria state government and Tennis Australia, the tournament organizer. That apparently allowed him to receive a visa to travel.

But the Australian Border Force rejected the exemption and canceled his visa upon arrival before a federal judge overturned that decision. Lawyers for the government have said an infection was only grounds for an exemption in cases in which the coronavirus caused severe illness — though it’s not clear why he was issued a visa if that’s the case.

If Djokovic’s visa is canceled, his lawyers could go back to court to apply for an injunction that would prevent him from being forced to leave the country.