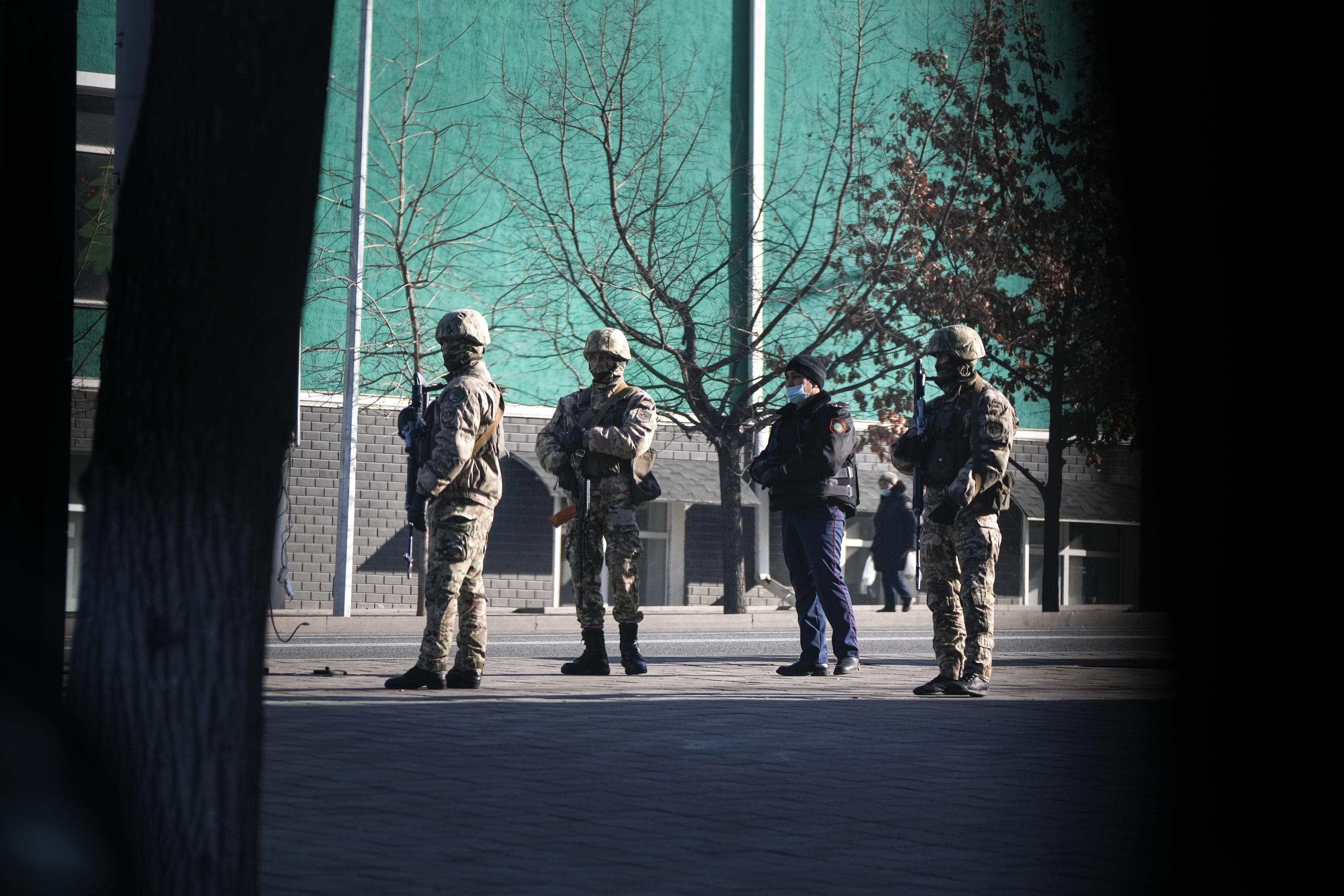 ALMATY, Kazakhstan (AP) — With about 12,000 people arrested after anti-government protests in Kazakhstan last week, friends and relatives of those held by police waited outside a jail Wednesday, hoping to learn their fate. Some even went to morgues to see if a loved one was among the scores killed in the unprecedented violence in the Central Asian nation.

Authorities have refused to allow relatives or lawyers to see those in custody, giving little information about them, according to human rights activists.

The demonstrations began Jan. 2 in the western part of Kazakhstan over a sharp rise in fuel prices and spread throughout the country, apparently reflecting wider discontent with the government, which declared a state of emergency for the whole country and asked a Russia-led military alliance to send in troops to help restore order.

Another 1,678 people were arrested in the past 24 hours in Almaty, the largest city that was hit hardest by the turmoil, and more than 300 criminal investigations have been opened. President Kassym-Jomart Tokayev blamed the unrest on foreign-backed “terrorists,” but did not provide any evidence, and had given shoot-to-kill orders to security forces to quell the unrest.

Outside a branch of the Internal Affairs department that housed a large detention center, a man who gave his name only as Renat said he has been waiting nearly a week to see or get any information about a close friend, Zhandos Nakipovich. He said Nakipovich, whom he described as being like “a brother” to him, was taken into custody on Jan. 4 during a peaceful protest.

“He was at first held at a precinct, then they told us he was in the Internal Affairs department,” Renat told The Associated Press. “Since Jan. 6, we’ve been here and we don’t know whether he’s alive or not.”

Military checkpoints prevented anyone from getting close to the building.

“Neither lawyers nor relatives — no one is allowed inside. Lawyers should be present during interrogation, but as you see, no one can pass,” said Galym Ageleuov, head of the Liberty human rights group, who was waiting at the barricade.

“The checkpoint blocks the access for lawyers and relatives to see what’s going on there. We don’t even have the list of detainees,” Ageleuov said.

More than a dozen men and women in dark winter clothes gathered outside one of Almaty’s morgues, with some of them waiting to collect the bodies of relatives killed in the unrest. Huddled together in small groups, they stood at the gate of the facility, chatting quietly with each other but refused to talk to a reporter.

Although the official death toll was announced as 164, Tokayev has said hundreds of civilians and security forces were killed and injured.

Life in Almaty has started returning to normal after days of unrest that saw cars and buses torched, government buildings stormed and set ablaze, the airport seized and the sound of gunfire ringing out. The unrest had largely ended by last weekend.

Public transportation has resumed and shopping malls reopened, and the only reminders of the violence were occasional military roadblocks and the charred exterior of city hall, which was set ablaze at the height of the rioting.

Authorities in the energy-rich country of 19 million sought to mollify the anger at the government by capping fuel prices for 180 days. The Cabinet resigned, and longtime former leader Nursultan Nazarbayev was ousted from his influential post of head of the National Security Council. Nazarbayev had stepped down as president in 2019 after nearly three decades in power, but retained influence in the security forces.

Tokayev requested help from the Collective Security Treaty Organization, or CSTO, a Russia-led military alliance of six ex-Soviet states. The bloc sent over 2,000 troops to Kazakhstan, and Tokayev said the troops will start withdrawing Thursday.