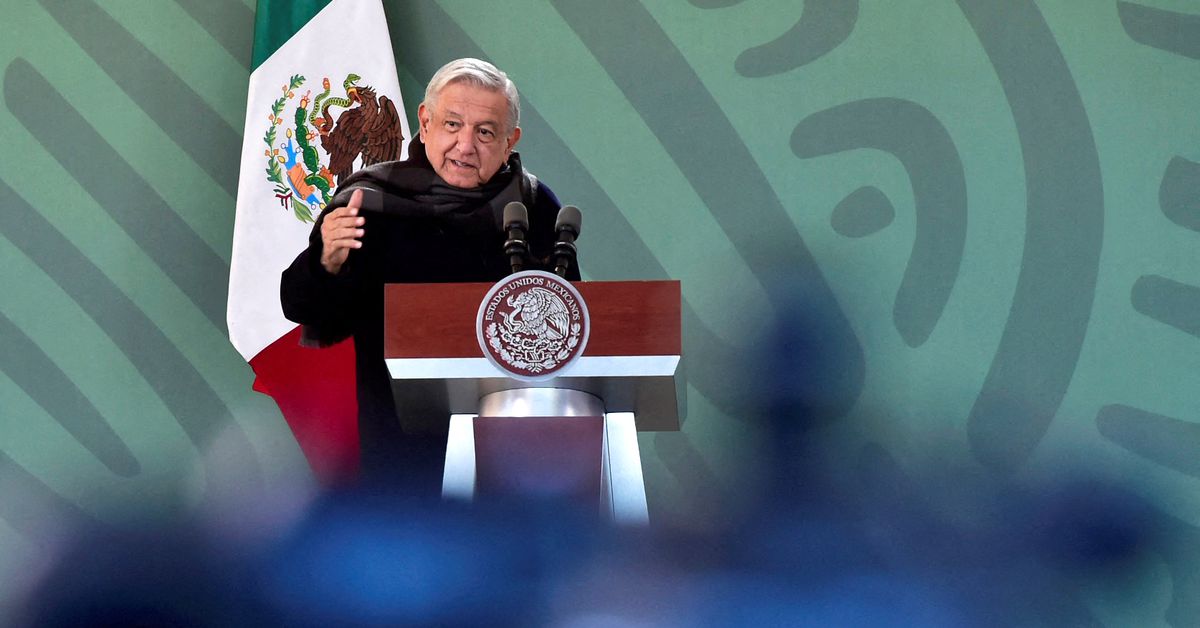 MEXICO CITY, Jan 11 (Reuters) – Some members of Mexican President Andres Manuel Lopez Obrador’s family and cabinet were isolating and taking COVID-19 tests on Tuesday after he announced he was diagnosed with COVID-19 for the second time a day earlier.

Lopez Obrador, who announced he had tested positive on Monday evening, may have met with at least four members of his cabinet, including Interior Minister Adan Augusto Lopez, earlier that day, according to a report by Mexican newspaper El Universal.

A spokesman for the president did not confirm how many people he may have had contact with before testing positive, but said there were “members of the cabinet and his family.” “So far none have symptoms and those who have been tested have been negative,” the spokesman told Reuters.

The head of Mexico’s consumer protection agency, Ricardo Sheffield, who attended the president’s regular news conference on Monday morning, said on Twitter that he plans to take a PCR test on Tuesday and is currently isolating out of precaution.

Lopez Obrador’s wife, Beatriz Gutierrez, said on her Facebook account that she and the couple’s son, Jesus, are currently isolating as a precaution, but that they have not tested positive, nor do they have symptoms.

“We are sure that this virus will be out of the house soon,” she said.

Lopez Obrador said in a video message shown at the regular news conference Tuesday, which was run by Lopez, that he was doing well and would continue working. He urged Mexicans to keep looking after themselves, but not to be alarmed as the Omicron variant fueled a jump in cases.

“Fortunately, this is a variant that does not have the level of danger as the Delta variant,” said Lopez Obrador, 68.

Health Minister Jorge Alcocer told reporters he expected the president to need about a week to recover, and that he could be returning to the daily news conferences next week.

“Fortunately he’s doing well, without serious symptoms,” Interior Minister Lopez said of the president before Lopez Obrador’s video message. “He’s resting, as is medically required, and we hope he feels better in the next few days.”