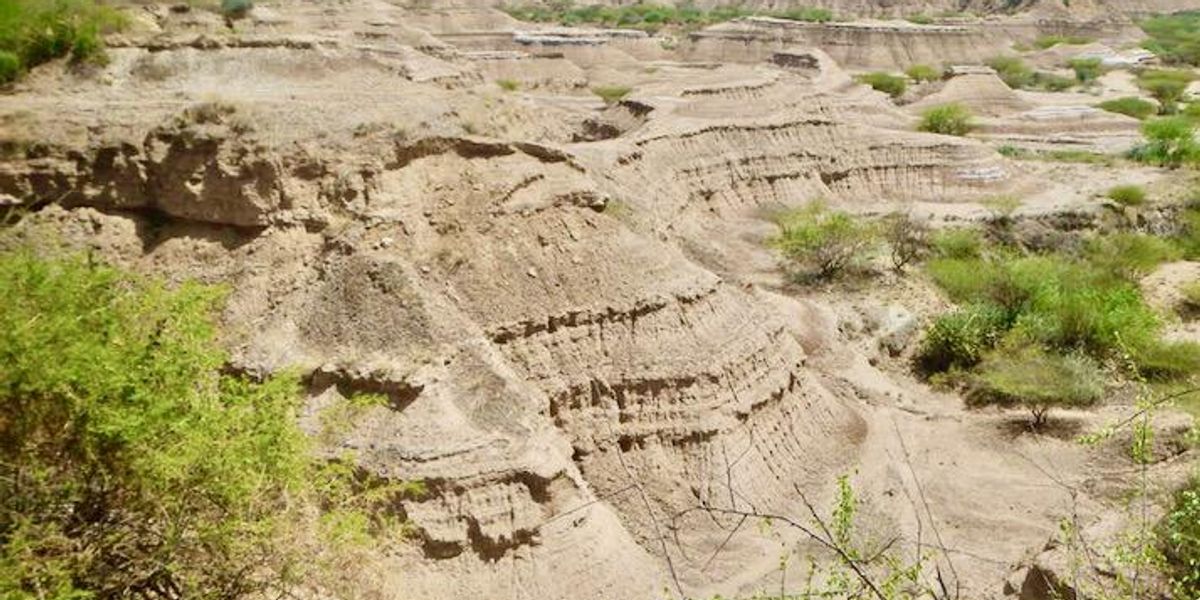 One of the oldest known Homo sapiens fossils may be more than 35,000 years older than previously thought, according to a study on Wednesday that used volcanic ash to date the find.

Kibish Omo I, first unearthed in Ethiopia in 1967, contained only bone and skull fragments which were difficult to date directly and experts long remained divided over their age.

Geologists in 2005 analysed the layer of rock just underneath the find and determined Omo I was at least 195,000 years old.

That made the Homo sapiens fossil at least that old — and the oldest ever discovered at the time.

“But there was still a lot of uncertainty,” Celine Vidal, the main author of the study published in leading scientific journal Nature, told AFP.

Vidal, a volcano expert at the University of Cambridge, said getting a more precise date meant analysing the thick layer of ash deposited above the fossils.

“At the time that was nearly impossible since the ash was so fine, almost like flour,” she said.

But thanks to more refined methods available today Vidal’s team was able to link that layer of ash to a major eruption of a volcano named Shala.

“This is a major jump in time,” said study co-author and paleoanthropologist Aurelien Mounier.

He added that the new minimum age for Omo I is more consistent with the most recent theories of human evolution.

It also brings it closer to the age given to what are today the oldest Homo sapiens remains, discovered in Morocco in 2017 and dated to 300,000 years ago.

The skulls and teeth unearthed in Jebel Irhoud torpedoed the long-held theory that we emerged from an East African “cradle of humankind”.

But for Mounier, the physical characteristics of the Moroccan fossils are a less convincing ancestor of today’s humans than Omo I.

The Jebel Irhoud fossils are described as having a modern face but a brain case that, though large, has a more archaic-looking shape.

“Omo I is the only fossil that has all the morphological characteristics of modern man,” said Mounier.