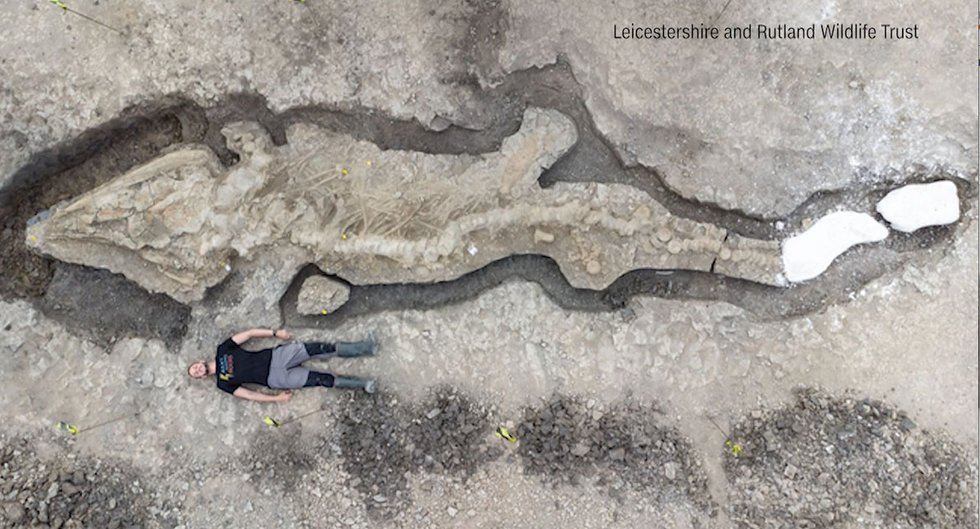 (CNN) – The colossal 180-million-year-old fossilized remains of a dinosaur have been found in the U.K.

Scientists dug up the fossils of an ichthyosaur, otherwise known as a sea dragon, in the Rutland Water Nature Reserve.

The dinosaur is nearly 33-feet long and its skull weighs one ton. They said the ichthyosaur was considered the apex predator that was once at the top of the food chain.

Researchers say this discovery is the largest and most complete fossil of its kind ever found in the region.