China’s exports and imports topped $6 trillion for the first time in 2021, customs data showed on Friday, as the economy, a global forerunner in containing the COVID-19, continued a solid recovery over the past year.

The growth volume in 2021 hits $1.4 trillion, equivalent to the annual foreign trade volume in 2005, according to customs data.

The country also posted stellar gains in exports and imports with its major trading partners throughout 2021.

Moreover, its trade with economies involved in the Belt and Road Initiative (BRI) grew by 23.6 percent, 2.2 percentage points higher than the overall growth rate, per customs statistics.

China’s exports and imports with BRI economies increased from 6.46 trillion yuan in 2013 to 11.5 trillion yuan in 2021 at an average annual growth rate of 7.5 percent, Li Kuiwen, spokesperson from the General Administration of Customs (GAC), told a press conference in Beijing announcing the latest figures.

In 2021, China’s exports and imports in yuan terms to the 14-member countries of the Regional Comprehensive Economic Partnership (RCEP) were also up 18.1 percent year-on-year, accounting for 30.9 percent of the country’s total foreign trade.

Looking ahead, China’s trade landscape faces rising uncertainty, instability and imbalance amid recurrent waves of the pandemic, meaning the country’s relevant advantage in taking the lead in economic rebound might be weakening, Li said, noting however that the country’s resilience and strong economic fundamentals over the long run won’t change, thereby vigorously underpinning a push to stabilize trade. 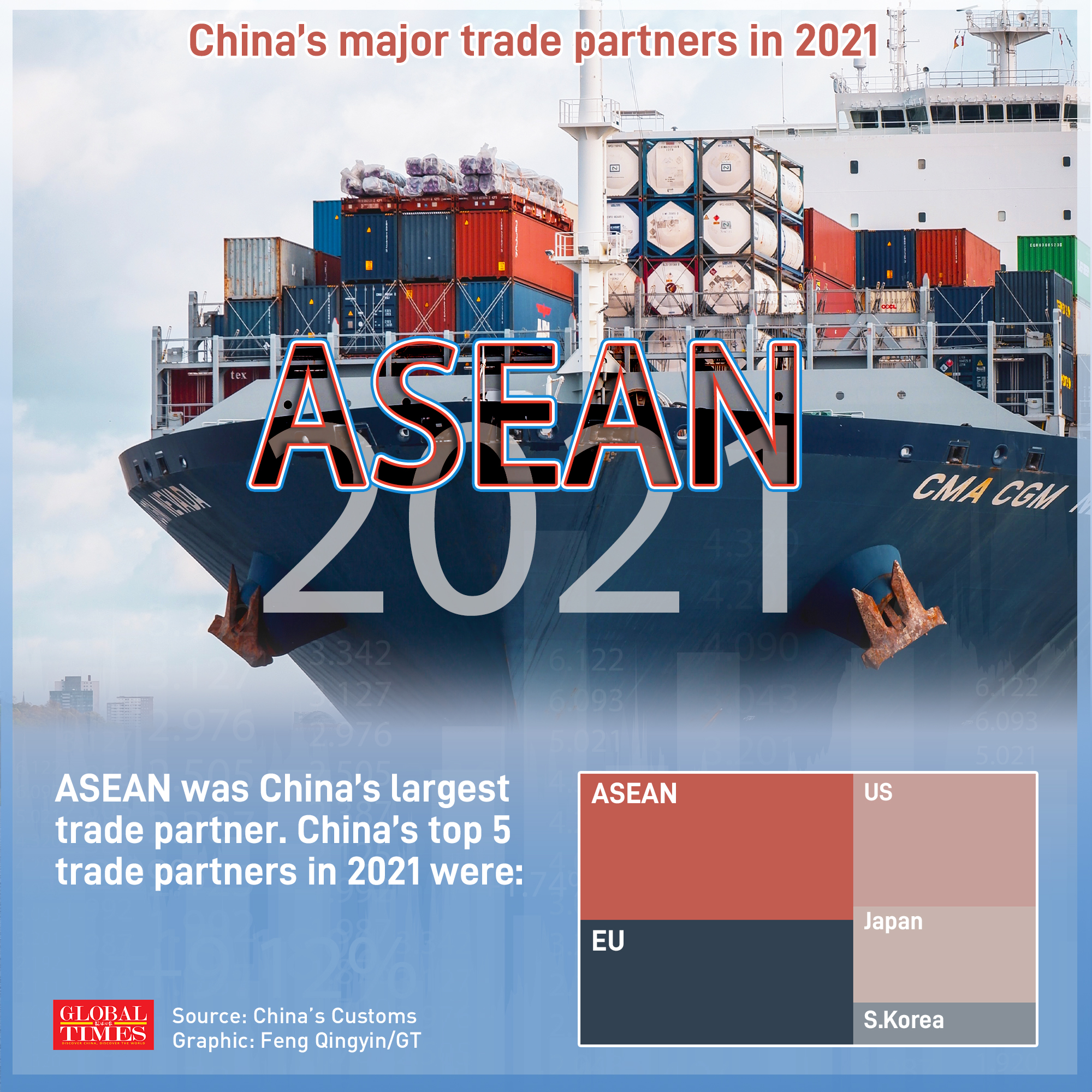