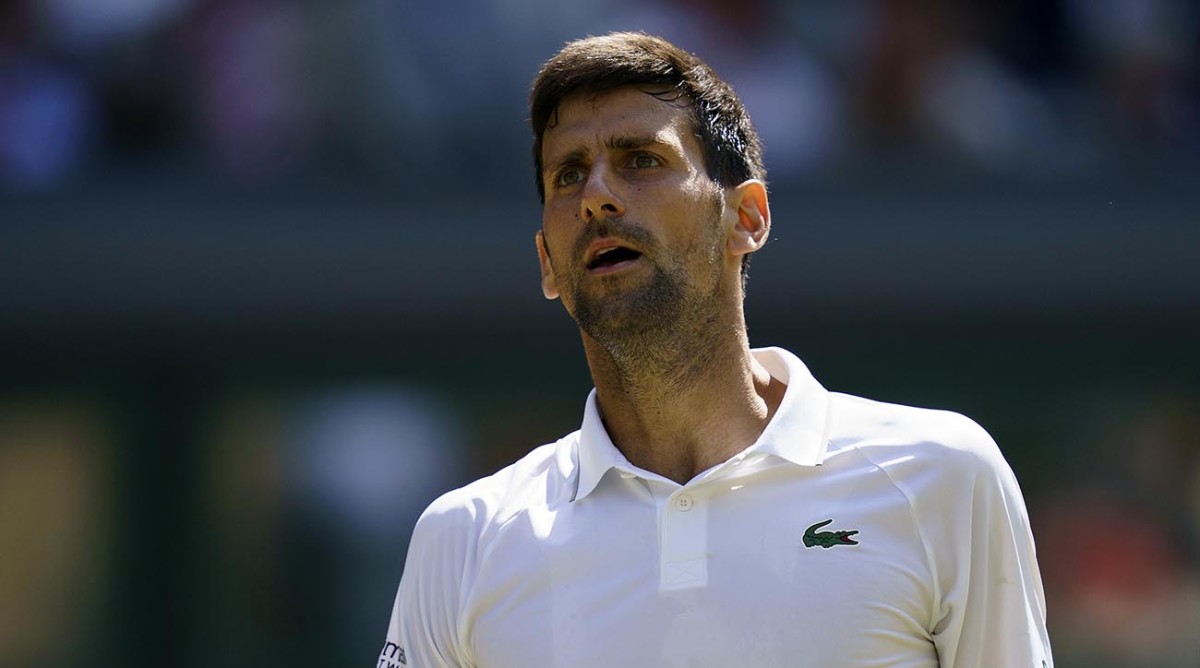 First, Novak Djokovic announced he was granted an exemption from the Australian COVID-19 vaccine mandate to play in the Australian Open. Then, upon arrival in Melbourne, his visa was denied. Djokovic sat in a hotel for the weekend waiting for a chance to appeal the decision Monday. His appeal was approved. Then, on Friday, the Australian Immigration Minister overruled the decision. Barring another successful appeal, Djokovic won’t be able to play in the Open. Two members of Sports Illustrated‘s tennis team tried to make sense of everything that’s happened since they last chatted Monday.

Chris Almeida: So timestamping this again, it is early Friday, Eastern Time, and Novak Djokovic has once again had his visa revoked.

And once again, he is refusing to leave Australia and is going to appeal the decision. But the tournament also starts in less than 72 hours. So where do we go from here?

Jon Wertheim: This, this news came in the middle of the night, Eastern Time. But, you know, Australia is more than half a day ahead, so time is critical here.

But on these public health grounds, this visa was canceled. We knew that the immigration minister had this power. Everybody was sort of trying to read the tea leaves: What did this timing mean? And I think what it means, among other things, is that the federal government was done playing on Tennis Australia’s timeline. That was the least of their concerns. I mean, there’s kind of two questions here. One is: in the short term, can Djokovic mount an appeal that will be successful within 72 hours? It’s highly unlikely. The other question is: what does this mean? Big picture, because this kind of visa cancellation carries with it a potentially three-year ban on the country, Djokovic, born in 1987, might have already played his last Australian Open.

CA: So as far as the three-year ban goes, it’s so much more in play than it was last time we chatted.

JW: So, it’s not exactly a hard rule. It’s really something that is done at the discretion of the Australian government. The wording is that the cancellation of a visa could lead to an automatic three-year ban from the country. The immigration minister did not make any mention of that penalty. When there’s a press release, or when he renders his decision, we might see otherwise. Djokovic would probably appeal that too. This was game theory, right? I mean, when he won his procedural appeal on these technical grounds on Sunday on the East Coast, he knew that it still could be overruled by the judge. If he had left on his own, then he would have been in the clear, but he rolled the dice here.

CA: Yeah. Could he preempt the three-year ban now if he didn’t appeal it and just left and said, All right, see you next year?

JW: I don’t know. Now, I think now that might be off the table. This guy has infuriated the Australian public. And so the situation was, basically: do you take the plea deal, or do you go to trial? And the sentencing is often very different, plea versus conviction. And I think, really big picture, we were getting a real snapshot into this guy’s mind and self-belief. Some might call it delusions. If there’s any sort of silver lining, you rarely get this kind of insight in real time into athletes and their decision making, and in some cases, they’re completely divorced from reality. I mean, if you were going to come to the workplace, Chris, we still had an office. And, you know, 97% of your colleagues had done something that you hadn’t done. And you had completely distracted from the enterprise. There was a public health risk, there was a risk to the business, there was bad publicity. At some point you would say, You know what, I think I’m just going to stay home. The notion that Djokovic is still in Australia as we speak despite all this Sturm und Drang… the other players are rolling their eyes. Some of them had initial sympathy. But now they can’t believe he is still sort of depleting all the energy from this event. They can’t believe he’s doing this to his own reputation. They’ve had it. They’re done.

CA: So speaking of agents, that is still the most baffling part of all this, to me, at least. It’s not surprising that Djokovic would think this way and do these things. There’s a lot of Power of Positive Thinking stuff that goes around athletic circles, and especially when you’ve been very successful. You’re probably very reluctant to throw in the towel when the average person would. And the thing here that’s surprising to me is that no one in his team forcefully enough laid out the downsides here.

But what we saw was: for every person from Howard Stern to these public opinion polls in Australia to everybody that was opposed to this, there’s fans in Melbourne singing folk songs. His parents are holding press conferences and making messianic comparisons. The Serbian president is talking about how Djokovic has been aggrieved and tortured. I mean, for every sort of Bob Costas and Charles Barkley and Howard Stern in his silo, there’s someone telling him that he’s a martyr and he’s a free thinker and he’s standing up to the totalitarian Australians.

CA: Yeah, I guess so. So, again, the tournament starts within 72 hours. Djokovic has the power to appeal. I imagine the timeline here as it’s been with other parts of this process is vague, and we don’t know when we’re gonna hear next about the result there. But you have to imagine it’ll be tomorrow.

JW: Yeah, imagine the incentives here. So his legal team obviously has an incentive to get this heard very quickly. With the tournament, that’s a whole other angle about what the tournament has revealed about itself and its values. And the government has had it with Djokovic. They’ve had it with Tennis Australia. So, you know, sometimes everybody’s aligned, we need to decide this quickly and have a swift appeal. If this dragged on past Monday, there will be a lot of parties who will shrug their shoulders. So it’ll be interesting to see who wins the appeal and who wins the timing. Because if it drags on past Monday, then it’s a moot point. It doesn’t even matter.

The other thing too is: what’s the impact on the tournament? Because the organizers did not endear themselves to the Australian public, they do not come off well here. There are a lot of other players who are hoping to win a major who are trying to practice and there are helicopters overhead. It’s really gonna change the whole complexion of this event, one way or the other.

And I mean, remember, this is like Day 11. Initially, everybody sort of rolled their eyes at this. And from what I’ve heard, it’s only going to be 50% capacity, so there’s sort of this gloom in Melbourne, and now everybody’s had it, they want to play tennis and get back to the reason they came there and not keep having this overshadow everything. It’s very easy to draw some comparisons to a political figure who takes all the oxygen out of the room.

CA: So I’d be interested in hearing more about that. But also, on a purely functional note, if the appeal is denied, or if it runs past Monday, the tournament isn’t going to slide everyone up a seed, right? They’re just going to have that match be a default?

JW: Miomir Kecmanović thought he was gonna play the world No. 1 and he’s going to get a lucky loser! But they’re not going to have a redraw. They’re just gonna have a tournament without the number one seed.

CA: So Andy Murray and Rafa Nadal, prominently, have argued with Djokovic’s logic and the stuff he’s been doing over the past week and a half, but, you’ve been in contact with a lot of other players who will probably be saying stuff publicly soon. But the baseline is: they’re pissed off about this.

JW: I’ll tell you what, what’s really interesting is that a lot of players did not want to get vaccinated. I have, from the US Open, the ATP’s own documents that were leaked to me. They said 48% of the top 100 were vaccinated. So this is not a vax-happy group. A lot of players reluctantly got this vaccination at the end of last year. I mean, again: 52% of the top men’s players were unvaccinated at the US Open. The ATP is now saying it’s 97%. So basically, you had half the field reluctantly get this. So I think you have some people like Andy Murray, who were talking about the sacrifice of health care workers and the sort of larger responsibility questions, but I think that’s a minority. A lot of players are grumbling saying: shit, I didn’t want this thing either. But I got it. And I think a lot of the dissatisfaction comes from that contingent.