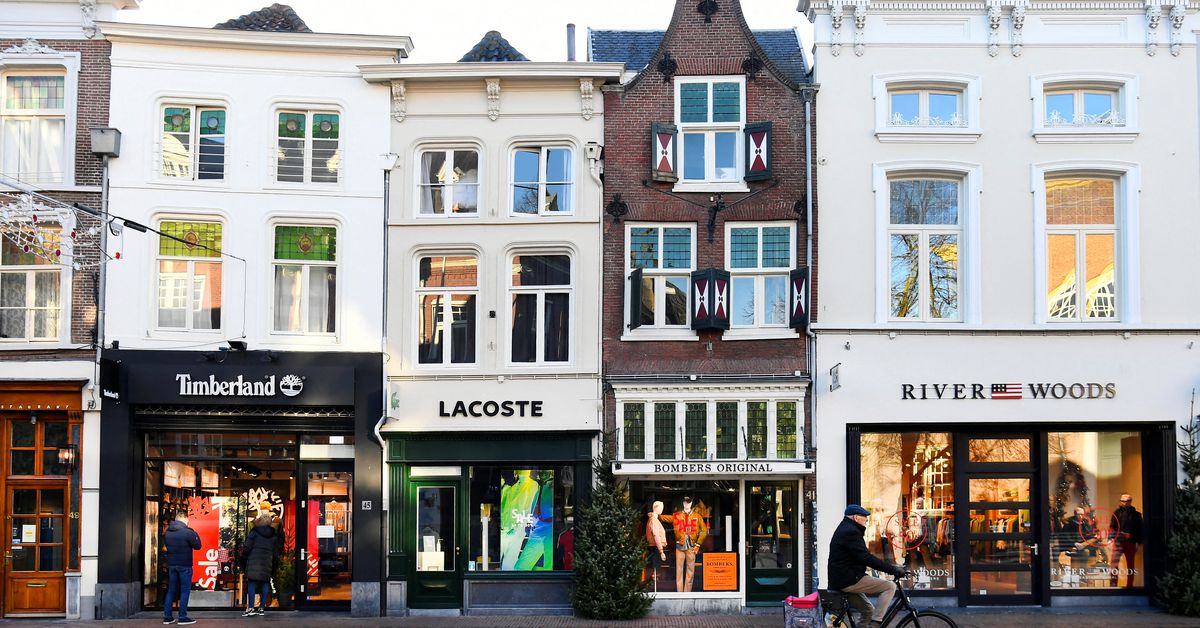 A general view of a largely deserted Dutch urban centre is seen as the country enters into its third day of lockdown, in Den Bosch, Netherlands December 21, 2021. REUTERS/Piroschka van de Wouw

Non-essential stores, hairdressers, beauty salons and other service providers will be allowed to reopen under strict conditions until 5 p.m. local time (1600 GMT) for the first time since mid-December.

Rutte added that the uncertainties meant that bars, restaurants and cultural venues would have to remain closed until at least Jan. 25.

Earlier on Friday restaurants in one Dutch city reopened on and others said they would open on Saturday regardless of government plans as popular support for the month-long lockdown evaporates despite the strain on hospitals and record new infections.

“We are taking a calculated risk because we have to. Lockdowns are very hard on everyone and keeping everything closed is also bad for our health,” Health Minister Ernst Kuipers said.

Rutte’s government ordered the lockdown in mid-December as a wave of the Delta variant forced the health system to cancel all but the most urgent care and it appeared rising Omicron cases would overwhelm it. read more

On Friday the Netherlands Institute for Health (RIVM) announced a record high of more than 35,000 infections in 24 hours. Infections have continued to rise despite the lockdown, which bans all public gatherings, with a record of more than 200,000 in the week through Jan. 11.

A poll by Hart van Nederland published on Friday found that 89% of people supported reopening stores and a majority also support reopening restaurants and cultural institutions.

More than 86% of Dutch adults are fully vaccinated and nearly 50% received a booster shot in a major campaign during the lockdown.

In the southern city of Valkenburg, restaurants opened on Friday in defiance of the rules and with support from the city’s mayor, and 15 other municipalities said they would follow suit on Saturday.

Rutte said he viewed the actions as one-off protests and had talked to municipal authorities about enforcing the new rules after this weekend.

Primary and secondary schools reopened on Jan. 10 after a longer-than-planned winter holiday, but have been plagued by frequent class dismissals due to illness or exposure of teachers or students.

On Friday the government said universities and vocational schools would also reopen and announced a shorter quarantine period after an exposure and an expansion of the use of masks.