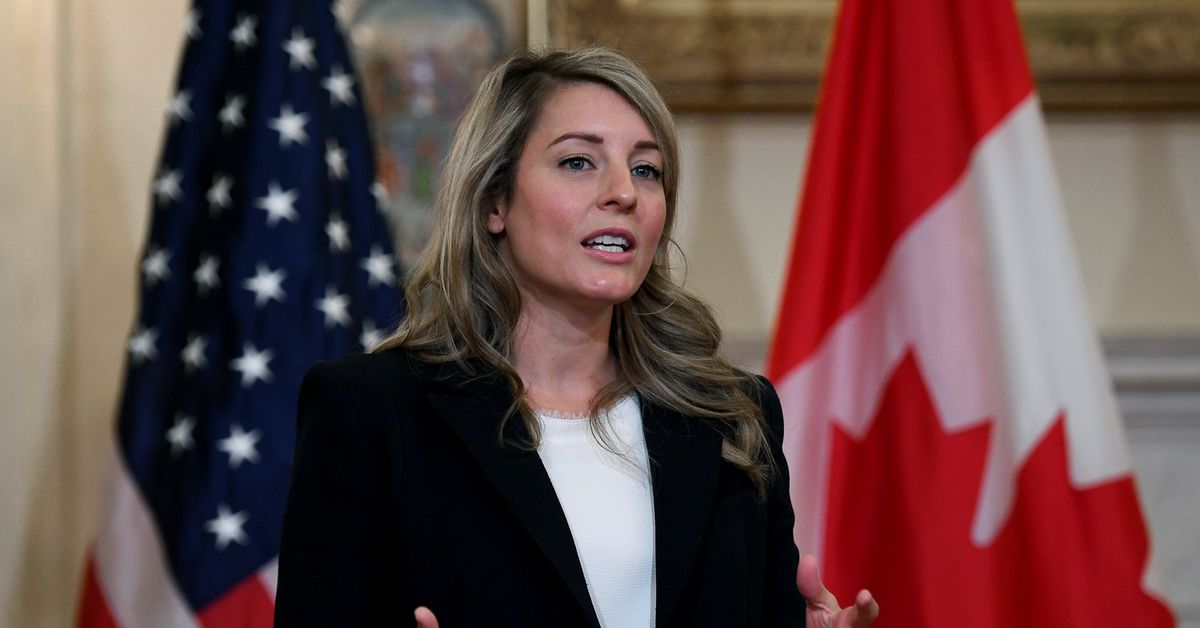 Canadian Foreign Minister Melanie Joly speaks during a meeting with US Secretary of State Antony Blinken (out of frame) at the State Department in Washington, DC on November 12 , 2021. Olivier Douliery /Pool via REUTERS

Moscow has stationed more than 100,000 troops near the border with Ukraine and the United States said on Friday it feared Russia was preparing a pretext to invade if diplomacy failed to meet its objectives. read more

Canada, with a sizeable and politically influential population of Ukrainian ethnic descent, has taken a hard line with Moscow since the annexation of Crimea in 2014.

“The amassing of Russian troops and equipment in and around Ukraine jeopardizes security in the entire region. These aggressive actions must be deterred,” Joly said in a statement.

Joly will meet Ukrainian Prime Minister Denys Shmygal and travel to the west of the country to speak to a 200-strong Canadian training mission that has been there since 2015.

Prime Minister Justin Trudeau spoke to Ukrainian President Volodymyr Zelenskiy on Tuesday and “emphasized that any military incursion into Ukraine would have serious consequences, including coordinated sanctions,” Trudeau’s office said.

Canada has imposed punitive measures on more than 440 individuals and entities over the annexation of Crimea.

She will also go to Paris for talks with French Foreign Minister Jean-Yves Le Drian, the statement said.