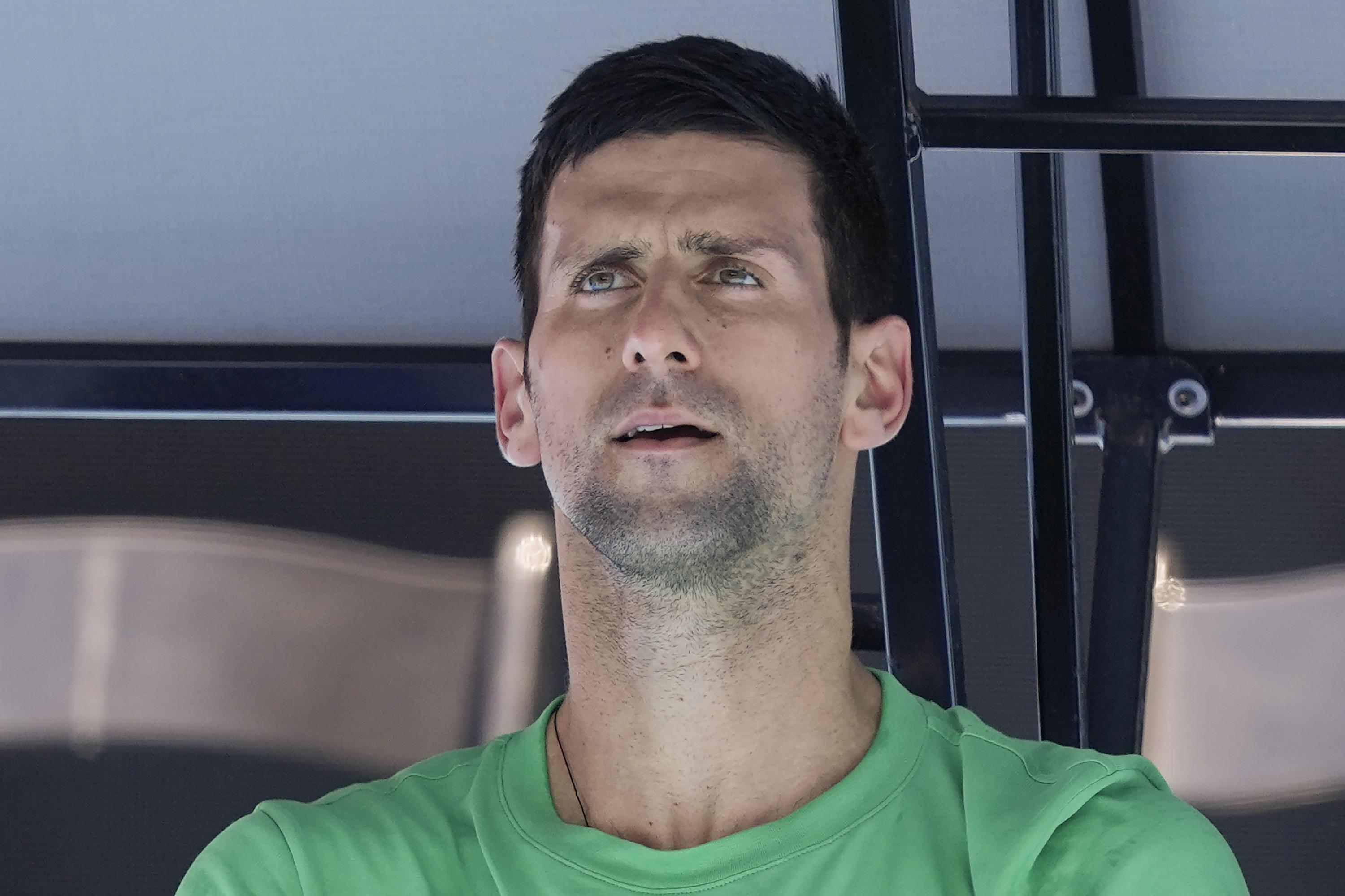 After more than a week of lies, hypocrisy, partisan bickering, bureaucratic bumbling and the inevitably idiotic comparison to the crucifixion of Jesus — by his own father, no less — the Novak Djokovic story still boils down to this:

He threw away a chance to make history at the Australian Open by whiffing on two shots. OK, three, if you count the booster.

If the punishment seems harsh, just wait. Djokovic’s legal team has appealed Immigration Minister Alex Hawke’s decision to cancel the 34-year-old Serb’s visa on public interest grounds, but his chances of a second win in court are slim. A final ruling is expected Sunday, less than 24 hours before the tournament gets underway.

“This pandemic has been incredibly difficult for every Australian, but we have stuck together and saved lives and livelihoods. … Australians have made many sacrifices during this pandemic, and they rightly expect the result of those sacrifices to be protected,” Prime Minister Scott Morrison said Friday in a statement. “This is what the Minister is doing in taking this action today.”

The pandemic isn’t going away anytime soon. There are still three more Grand Slam events in three countries with different vaccination rules to navigate this season and who-knows-how many-more tournaments Djokovic will want to play in between. Precious few of his fellow players expressed support for his no-vax stance. A recent poll found four out of five Aussies wanted him deported. If this is how his year begins, the odds the rest of it goes smoothly are slimmer still.

Hawke’s decision came down, conveniently perhaps, after a string of embarrassing revelations about how Djokovic behaved after the Dec. 16 positive COVID-19 test that was the basis for his request for a medical exemption. The next day, he attended an event in Belgrade honoring youth tennis players; photos turned up on social media showing none of them wearing masks.

Djokovic subsequently claimed he’d taken an antigen test before the event and didn’t get the results of a more reliable PCR test until afterward. But a copy of his medical certificate showed that test was returned on Dec. 16, just seven hours after it was administered. On top of that, Djokovic conducted an interview with the French newspaper L’Equipe on Dec. 18, after knowing he’d tested positive. He conceded, after being called out, “On reflection, this was an error in judgment.”

It wasn’t the only one. Djokovic flaunted his “exemption” in an Instagram post on Jan. 4, just before boarding a flight to Melbourne. By the time he landed, the public Down Under was hopping mad, weary after months of strict lockdowns and facing another severe surge in coronavirus cases driven by the omicron variant. If his timing seemed bad, it was about to get worse.

Djokovic was detained several hours for questioning at the airport, then transferred to a $109-a-night hotel with — how to put this? — a number of less-well-heeled immigration seekers. He reportedly requested his personal chef be allowed to prepare his meals. Right around then, family members and a host of cynical politicians tried their level best to make Djokovic a cause celebre, appealing to nationalist fervor and a small but vocal anti-vax minority around the globe.

“Shame on them, the entire freedom-loving world should rise together with Serbia,” Srdjan Djokovic, his sometimes-belligerent father, said from Belgrade. “They crucified Jesus, and now they are trying to crucify Novak the same way and force him on his knees.”

The ensuing debate played out on social media around the globe, largely along well-entrenched political fault lines. Predictably, all that heat shed very little light on the topics — medicine, alternative medicine, science, immigration, justice and egalitarianism — that have been flashpoints since the start of the pandemic.

For those who didn’t weigh in or follow along, rest assured you didn’t miss much. The number of people actually qualified to make pronouncements on those topics wouldn’t fill half of the 10,000 or so seats at Melbourne Park, which, coincidentally, is the number of vaccinated fans that will be allowed to watch the matches each day.

Had he been vaccinated, Djokovic would have been the heavy favorite to win a fourth straight Open, 10th overall and his 21st Grand Slam title, which would have vaulted him past both Roger Federer and Rafael Nadal in their decade-long race for pride of place in the men’s game.

Instead, he’ll likely be tossed out of the country empty-handed before the first ball is hit, still a hero to some but a selfish, short-sighted embodiment of privilege to many. The long-term damage to his reputation remains to be seen, but he’ll have a hard time shedding the assessment shared by two TV news anchors on Seven Network in Australia, apparently unaware they were on a hot mic.