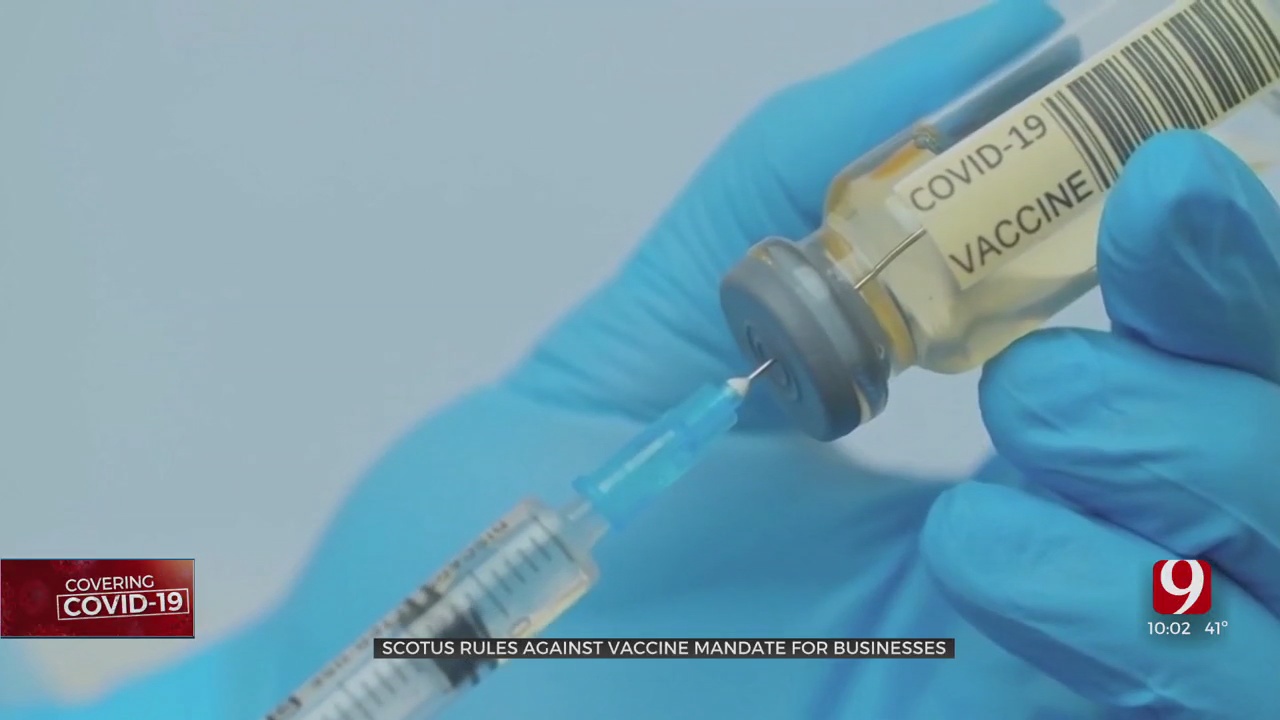 A ruling from the Supreme Court Thursday is giving more power to private employers. Private employers can now decide how they handle the COVID-19 vaccine in the workplace.

In a 6 to 3 vote the U.S Supreme Court blocks a federal mandate requiring employees at large businesses to be vaccinated against COVID-19 or routinely get tested and wear a mask.

“They drew a line and said the government shouldn’t be involved in making a mandate when it comes to your personal health. That is something congress can do but not a governmental agency can do,” said Adam Childers, Chairman of Crowe & Dunlevy’s Labor & Employment Practice Group.

A decision that includes over 84-million people nationwide is now in the hands of private employers who can decide what policies to enforce.

“For private employers with more than 100 employees they may have those policies in place. They are going to need to decide if they want to withdraw those policies entirely or they may want to keep them in place moving forward but that would be on a voluntary basis,” said the Lawyer.

Governor Stitt praised the ruling and State Attorney General John O’Connor said, “Individuals who work in the private sector can make healthcare decisions for themselves and their families—as it should be.”

“The grounds for an employee to make a claim certainly were diminished by OSHA’s regulations being stricken. Yeah, there will be leas resources for an employee to bring a claim, but they will not be without rights moving forward that is certain,” he said.

A second ruling from the court allows vaccine mandates for most healthcare workers.

“While private employers with 100 employees are excited about the news. Healthcare facilities are feeling differently. Particularly rural healthcare employees where access to testing and some of the resources is tough to come by,” said Childers.

The Governor and Attorney General oppose the decision about health care workers.

As it stands, healthcare workers must be fully vaccinated by February 28, 2022.