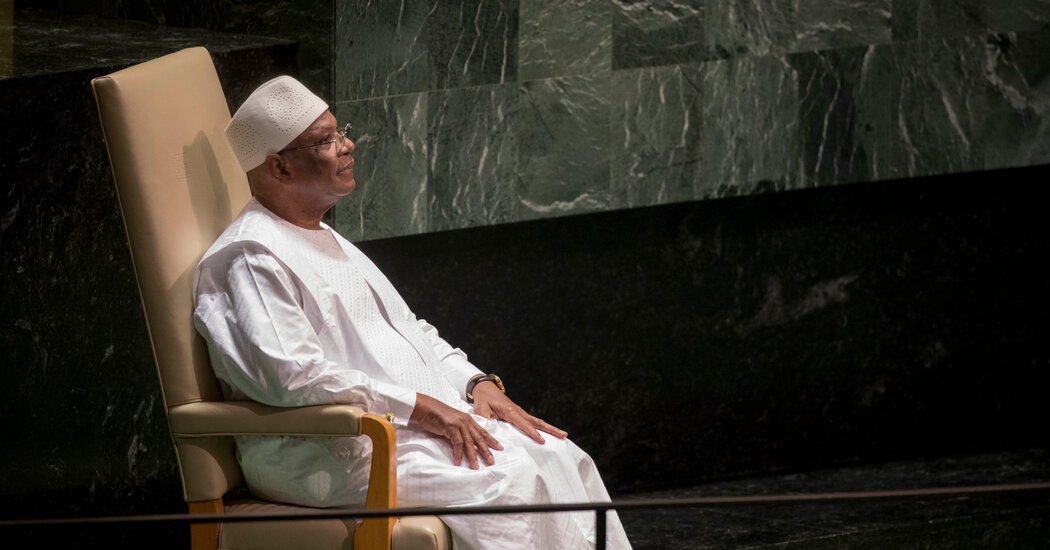 DAKAR, Senegal — Ibrahim Boubacar Keita, a former president of Mali who came to power on the promise of honest leadership but was ousted in a coup in 2020 amid allegations of corruption, died on Sunday at his home in Bamako, the capital. He was 76.

His death was confirmed on Twitter by Abdoulaye Diop, a former minister of foreign affairs, and by the United Nations peacekeeping mission in Mali. The cause was not made public, but Mr. Keita had for years sought medical treatment in the United Arab Emirates and was hospitalized in September shortly after being overthrown.

Mr. Keita, popularly known by the initials I.B.K., was president from 2013 to 2020, one of the most turbulent periods in Mali’s recent history. Coups bookended his tenure: One in 2012 precipitated a crisis that led to his winning an election in a landslide and another in August 2020 brought his arrest by armed soldiers who forced him to resign on television, later releasing him.

During his time in office, insecurity spiraled higher in Mali, a diverse, landlocked West African country known for its ancient manuscripts and evocative music.

His rise in 2013 followed a crisis in which coup leaders overthrew the government, then rebels seized Mali’s northern cities. Islamist extremists piggybacked on the chaos, imposing Shariah law in those cities, Timbuktu, Gao and Kidal. A military intervention by France, Mali’s former colonial ruler, initially routed the extremists from their northern strongholds, but since then insecurity has spread across the region.

When he became president, many Malians saw Mr. Keita, who had served as prime minister in the 1990s, as an honest man who could lead Mali out of the complex crisis. But his reputation became tainted by allegations of corruption and nepotism, and the months leading to his overthrow were marked by burgeoning protests over a parliamentary election he was accused of stealing by installing his preferred candidates.

It was perhaps his son, Karim Keita, who attracted the most resentment. When the president was overthrown, people broke into his son’s luxury home in Bamako, looting it and photographing themselves swimming in his pool.

Malians greeted the coup plotters as heroes. Mr. Keita had come to be seen as both a beneficiary and proponent of foreign interests, particularly those of France.

In addition to his son, Mr. Keita is survived by three other children and his wife, Aminata Maïga Keita. Complete information on survivors was not immediately available.

Since Mr. Keita’s fall, gathering resentment of Mali’s elites and of France has crescendoed. When the military junta proposed this month to lengthen the transition period before new elections are held, most of Mali’s neighbors in West Africa imposed harsh sanctions, supported by Western powers and the United Nations.

On Friday, Malians rose up in protest, primarily against those sanctions, but also, in many cases, in favor of the junta.

Mr. Keita was praised, however, for how he met his political end, trying to calm the situation in his televised resignation speech while in military custody.

“For seven years I had the happiness and the joy of trying to straighten out this country,” he said. “I don’t want any blood to be shed to keep me in my position.”