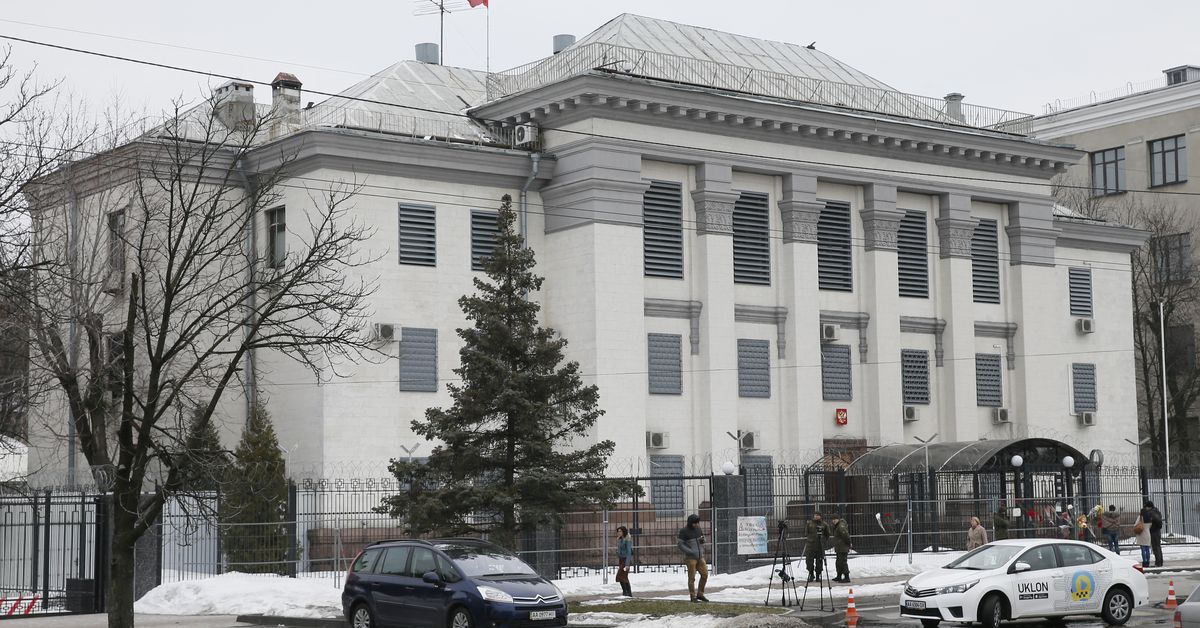 MOSCOW, Jan 18 (Reuters) – Russia said on Tuesday its embassy in Kyiv was operating as usual following a New York Times report that Moscow had begun evacuating the families of staff at its diplomatic missions in Ukraine, the Interfax news agency reported.

The New York Times cited a senior Ukrainian official as saying that 18 people, mostly family members of Russian diplomats, had left Ukraine on Jan. 5. It said around 30 others left the embassy in Kyiv and the consulate in Lviv in western Ukraine over the next few days.

The U.S. newspaper also reported that diplomats at two other Russian consulates had been told to prepare to leave Ukraine.

The Russian foreign ministry did not comment on its consulates in Ukraine but told Interfax that its embassy in Kyiv was operating normally. It did not provide further detail.

The Ukrainian foreign ministry said it had not received any information from Moscow about the evacuation of employees from its diplomatic outposts in Ukraine. It added that Kyiv had no plans to evacuate Ukrainian diplomats from Russia.

Troop movements by Russia near its border with Ukraine have prompted Western fears that Moscow is planning to invade.

Russian authorities deny such a plan but have used the standoff to campaign for security guarantees from the West that would include a stop to NATO’s potential expansion eastward and a formal veto on Ukraine, a former Soviet republic, from ever joining the military alliance.

Reporting by Gabrielle Tétrault-Farber in Moscow and Matthias Williams in Kyiv; Editing by Mark Trevelyan