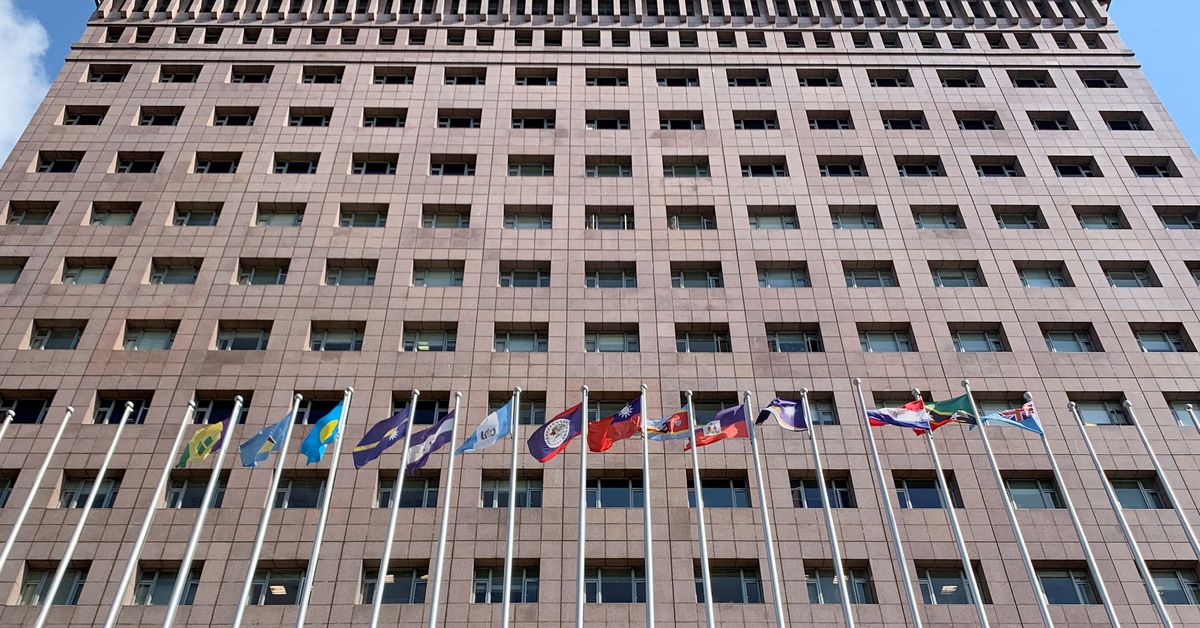 Flags of Taiwan and foreign countries flutter at the Diplomatic Quarter which houses the former Nicaraguan embassy and other foreign embassies, in Taipei, Taiwan December 10, 2021. REUTERS/Sarah Wu/File Photo

“Guatemala thanks Taiwan for the support that will allow us to enhance the country’s position in the United States,” the Guatemalan government said in a statement.

China sees democratic Taiwan as part of its own territory with no right to state-to-state relations, a view Taiwan’s government strongly disputes.

Beijing has been stepping up pressure to win over Taipei’s remaining diplomatic allies, a move that has alarmed Washington, which has been especially concerned about Beijing’s growing influence in Central America and the Caribbean.

Taiwan’s embassy in Guatemala said the bilateral effort took into account “the good relations and friendship between both countries” and would contribute to Guatemala’s development.

In a separate statement, Taiwan’s foreign ministry said the lobbying effort was part of existing Taiwan-Guatemala cooperation and that it was “completely in line with” U.S. regulations.

The lobbying contract is with Ballard Partners, a firm headed by Brian Ballard, whom the company’s website says was a backer of former U.S. President Donald Trump.

The step follows Nicaragua’s announcement last month that it had switched allegiance from Taipei to Beijing, and comments made by the incoming president of Honduras during her election campaign last year that she could do the same.

The lobbying contract also coincides with a period of protracted tension between the Guatemalan government and the United States, which has raised concerns about efforts to battle corruption in the Central American country.

Earlier this month, the U.S. State Department criticized Guatemala after its attorney general’s office sought the withdrawal of immunity from prosecution against a prominent Guatemalan judge recognized for her efforts to fight corruption.

Guatemala is one of a dwindling number of countries with diplomatic ties to U.S. ally Taiwan.

Honduran President-elect Xiomara Castro said during her campaign in September that she planned to establish ties with China. Still, after her election in November, her team backtracked and said she wanted to prioritize ties with the United States.