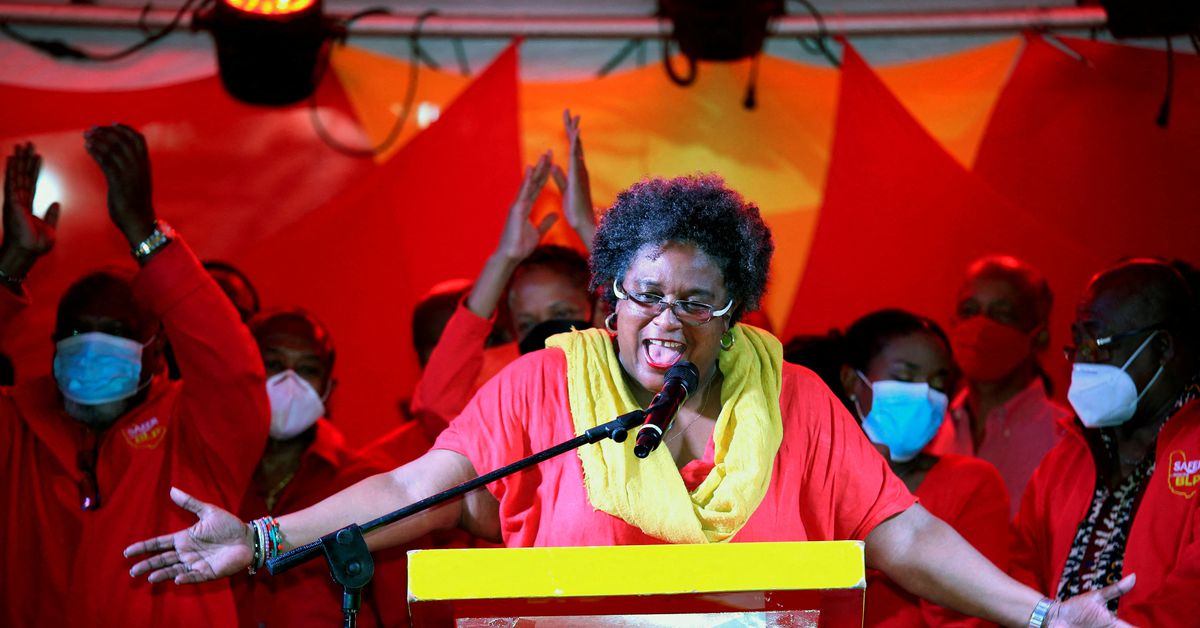 Mottley called the snap election in December, saying it would help promote unity as the government battled the coronavirus pandemic, which has heavily affected the tourism-focused economy.

“We stand today on the morning of the 20th of January confident that the people have spoken with one voice – decisively, unanimously and clearly,” Mottley told cheering supporters at the headquarters of the Barbados Labour Party (BLP).

“We want to thank each and every one of the people of Barbados for the confidence that they continue to repose is us,” she said in the victory speech broadcast online.

The BLP won all 30 seats in the national legislature, according to reports and electoral maps published by local media. The party had previously held 29 seats following its landslide win in 2018.

Mottley’s snap vote moved up the election by about a year and a half. Opposition leaders had criticized Mottley for holding the election at a moment when some people were infected with coronavirus and could not leave their homes.

About 5,500 people from a population of just under 300,000 are in isolation due to COVID-19, according official figures.

The opposition had unsuccessfully sought a court injunction to stop the vote on the grounds that holding vote amid pandemic restrictions violated suffrage rights.

The former British colony declared independence in 1966 but retained Queen Elizabeth as its ceremonial head of state until Nov. 30 last year. She was replaced by President Sandra Mason.

Reporting by Cassandra Garrison in Mexico City and Brian Ellsworth in Miami; Editing by Clarence Fernandez and Frank Jack Daniel