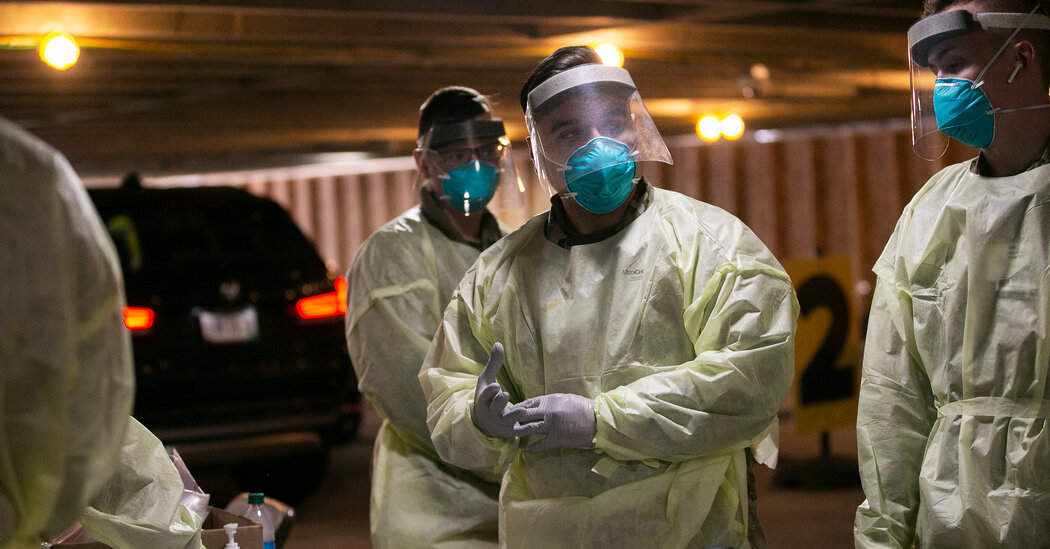 Booster shots of the Pfizer-BioNTech and Moderna vaccines aren’t just preventing infections with the contagious Omicron variant — they’re also keeping infected Americans from ending up in the hospital, according to data published on Friday by the Centers for Disease Control and Prevention.

Over all, the new data show that the vaccines were more protective against the Delta variant than against Omicron, which lab studies have found is partially able to sidestep the body’s immune response.

It is generally accepted that booster shots keep people from becoming infected, at least for a while. Data from Israel and other countries have also suggested that boosters can help prevent severe illness and hospitalization, especially in older adults.

“Data from other countries have also shown significant benefit of getting the booster, but this is really showing it in the U.S.,” Akiko Iwasaki, an immunologist at Yale University, said of the figures released on Friday. “These numbers should be very convincing.”

On Thursday night, the C.D.C. published additional data showing that in December, unvaccinated Americans 50 years and older were about 45 times more likely to be hospitalized than those who were vaccinated and got a third shot.

Yet less than 40 percent of fully vaccinated Americans who are eligible for a booster shot have received one.

Source: Centers for Disease Control and Prevention | Note: Line shows a seven-day average. Data not updated on some weekends and holidays. Includes the Johnson & Johnson vaccine as of March 5, 2021. The C.D.C., in collaboration with the states, sometimes revises data or reports a single-day large increase in vaccinations from previous dates, which can cause an irregular pattern in the daily reported figures.

Friday’s results are based on three new studies led by the C.D.C. In one study, researchers analyzed hospitalizations and visits to emergency departments and urgent care clinics in 10 states from Aug. 26, 2021 to Jan. 5, 2022.

Vaccine effectiveness against hospitalization with the Omicron variant fell to just 57 percent in people who had received their second dose more than six months earlier, the authors found. A third shot restored that protection to 90 percent.

It’s unclear whether protection from the boosters might also wane as it did after two shots, noted Natalie Dean, a biostatistician at Emory University.

“We just have to recognize that all these estimates of Omicron third-dose protection are going to be people who are pretty recently boosted,” she said. “We do wonder the durability of boosters themselves.”

When debating booster shot recommendations for all American adults, scientific advisers to the Food and Drug Administration and the C.D.C. repeatedly bemoaned the lack of booster shot data that was specific to the United States.

There are differences between Israel and the United States — for example, in the way Israel defines severe illness — that made it challenging to interpret the relevance of Israeli data for Americans, they said.

Some members of the Biden administration supported the use of booster doses even before the scientific advisers of the agencies had a chance to review the data from Israel. Federal health officials intensified their boosters-for-all campaign after the arrival of the Omicron variant.

The C.D.C. now recommends booster shots for everyone 12 years and older, five months after getting two doses of the mRNA vaccines made by Pfizer-BioNtech and Moderna, or two months after a single dose of the Johnson & Johnson vaccine.

The usefulness of booster shots in Americans younger than 50 was a topic of vigorous debate in the fall. Several experts argued at the time that third shots were unnecessary for younger adults because two doses of the vaccine were holding up well.

Some of those experts remained unconvinced by the new data.

It was clear even months ago that older adults and those with weakened immune systems would benefit from extra doses of the vaccine, said Dr. Paul Offit, director of the Vaccine Education Center at Children’s Hospital of Philadelphia and a member of the F.D.A.’s vaccine advisory committee.

But “where is the evidence that a third dose benefits a healthy young person?” he asked.

“If you’re trying to stop the spread of this virus, vaccinate the unvaccinated,” he added. “We keep trying to further protect the already protected.”

But other experts changed their minds in favor of boosters because of the highly contagious Omicron variant. Even if two doses were enough to keep young people out of hospitals, they said, a third dose could limit virus spread by preventing infections.

“They’re both data-driven, legitimate positions,” said John Moore, a virologist at Weill Cornell Medicine in New York. But at this point, the debate is over: “We are using boosters in everyone, and that’s what’s happening.”