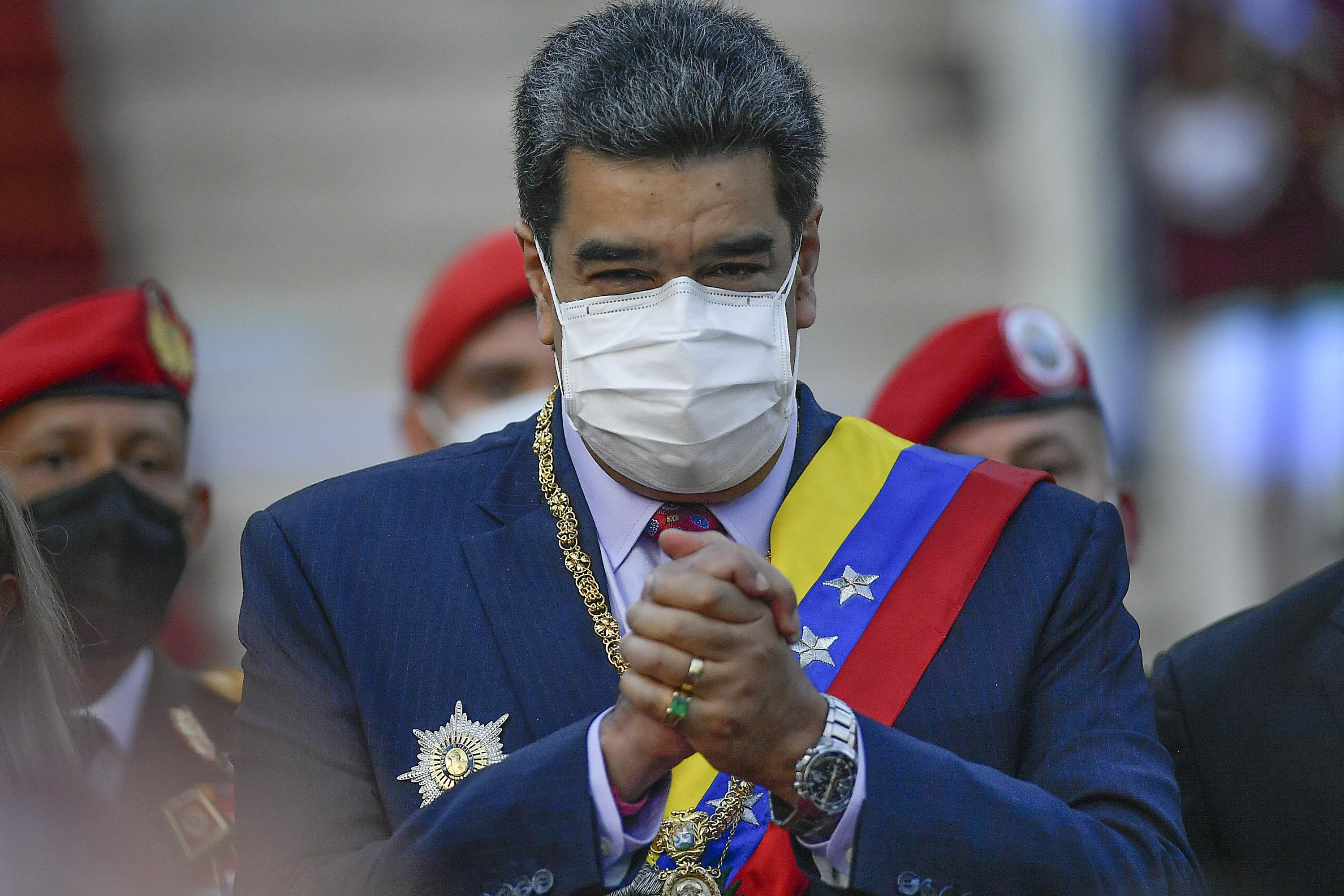 The call came a week after Russia’s chief negotiator in talks with the U.S. on tensions over Ukraine said he would “neither confirm nor exclude” the possibility of Russia sending military assets to Cuba and Venezuela if the U.S. and its allies don’t curtail their military activities on Russia’s doorstep.

Maduro’s office in a statement said Putin “expressed all his multidimensional support and backing for the defense of the sovereignty and in pursuit of the development of” the South American country. The statement said the presidents spoke of the increase in commerce between both countries, the launch of air service between Venezuela’s capital, Caracas, and Moscow, and Russia’s supply of COVID-19 vaccines to Venezuelans.

“We exchanged on issues related to existing cooperation in various strategic areas at the highest level, a relationship that is strengthened by the unbreakable union of our peoples,” Maduro tweeted.

Deputy Foreign Minister Sergei Ryabkov, who led the Russian delegation at the talks with the U.S. in Geneva, on Jan. 13 spoke of the possibility of deploying military assets to his country’s two allies in the Western Hemisphere. U.S. national security adviser Jake Sullivan dismissed the comments as bluster.

Asked Monday about the possibility of Russian missile deployment to Cuba and Venezuela, Kremlin spokesman Dmitry Peskov told reporters that “Russia is thinking about how to ensure its security in the context of the current situation.”

In December 2018, Russia briefly dispatched a pair of its nuclear-capable Tu-160 bombers to Venezuela in a show of support for Maduro amid Western pressure.

Russia is a major political ally of Venezuela, which has become increasingly isolated under economic sanctions imposed by the U.S. and the European Union, accusing Maduro of undermining democratic institutions to hold onto power, while overseeing a massive economic and political crisis.

The U.S. does not consider Maduro’s 2018 presidential election valid, and instead recognizes Venezuelan opposition leader Juan Guaidó as the troubled country’s legitimate leader.