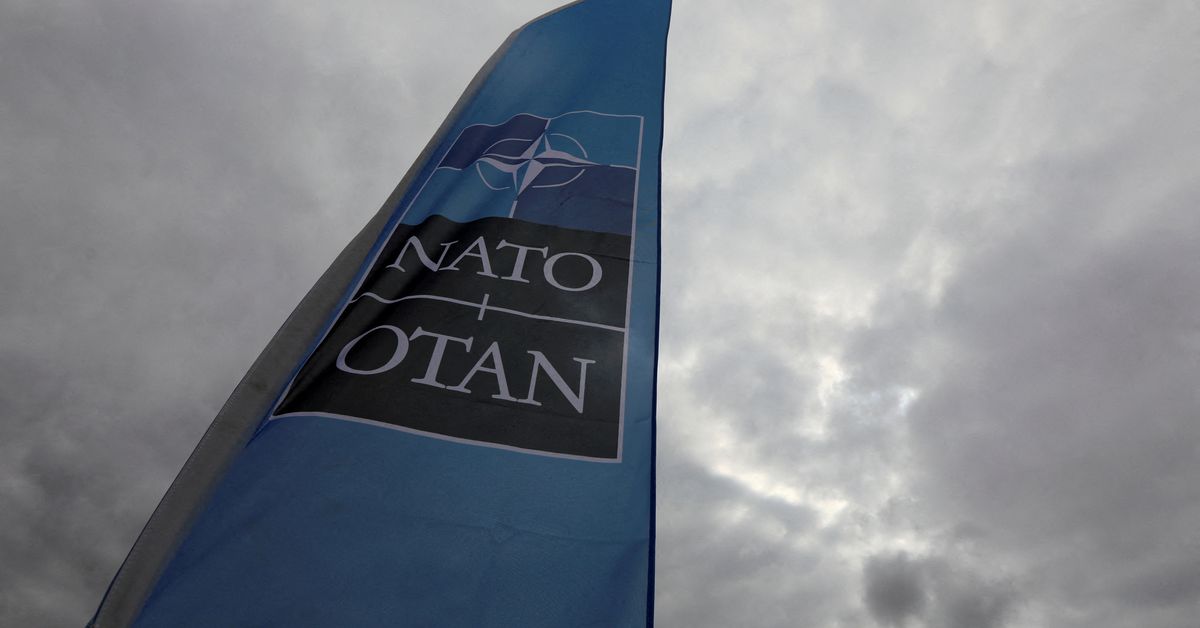 A NATO flag is seen ahead of a summit in Brussels, Belgium, July 10, 2018. REUTERS/Reinhard Krause

MOSCOW, Jan 21 (Reuters) – The security guarantees that Russia seeks from the West include provisions requiring NATO forces to leave Romania and Bulgaria, the Russian foreign ministry said on Friday.

Moscow has demanded legally binding guarantees from NATO that the bloc will stop its expansion and return to its 1997 borders.

Replying to a question about what that would mean for Bulgaria and Romania, which joined NATO after 1997, the ministry said Russia wanted all foreign troops, weapons and other military hardware withdrawn from those countries.