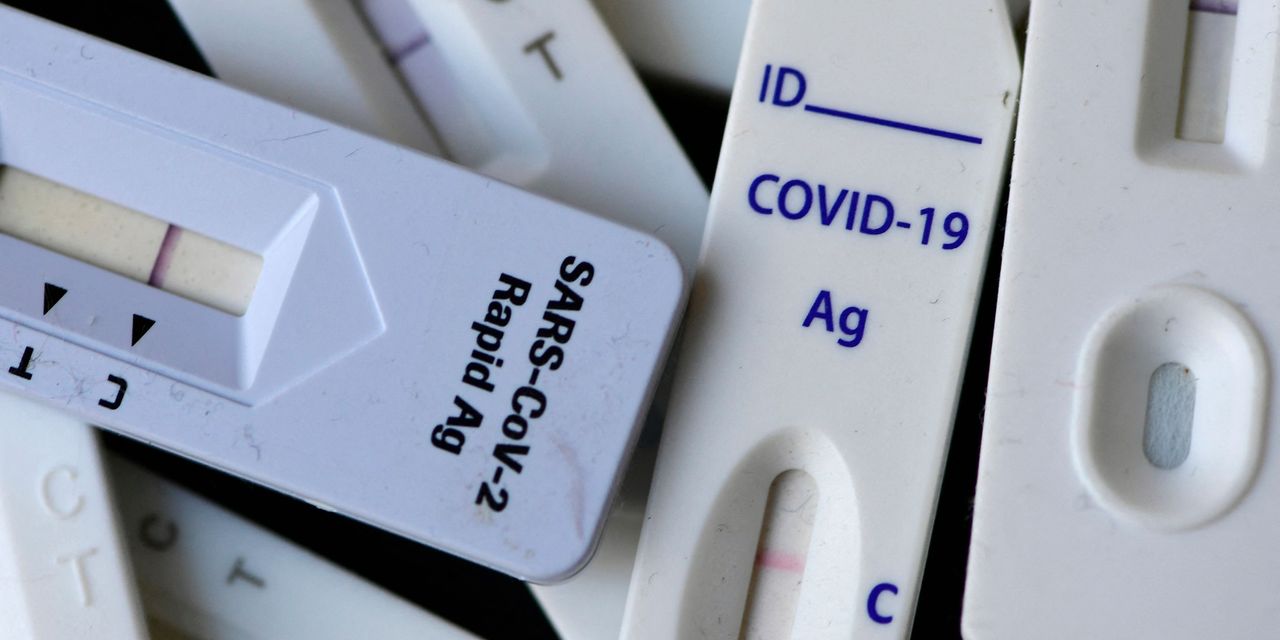 A study of some of the first breakthrough cases of COVID-19 caused by the highly infectious omicron variant found that booster shots of the mRNA vaccines failed to block that strain, although the infections involved only mild or moderate symptoms, confirming they are effective in preventing serious illness and death.

The study involved a group of seven Germans visiting Cape Town in South Africa who had the first documented breakthrough cases of COVID between late November and early December after receiving three vaccine doses, including at least two of the mRNA shots developed by Pfizer PFE, +0.95% with German partner BioNTech SE BNTX, -3.17% 22UA, -2.35% or Moderna MRNA, -3.76%. Findings were published in the medical journal the Lancet.

The group comprised five white women and two white men between 25 and 39 years of age, four of whom were participating in clinical training at hospitals, while the others were on vacation. All seven developed respiratory symptoms between Nov. 30 and Dec. 2 and tested positive for the omicron variant of the SARS-CoV-2 coronavirus. The study was approved by Stellenbosh University and the University of Cape Town.

“These findings support the need for updated vaccines to provide better protection against symptomatic infection with omicron and emphasize that non-pharmaceutical measures should be maintained,” the authors wrote.

Earlier this week, a preliminary study by a hospital in Israel found that a second booster dose failed to block omicron, even though it lifted antibodies to a higher level than they had been after a first booster shot.

See also: Omicron cases seem to have peaked in northeastern states, but national case tally remains at record levels and hospitals are slammed

In the U.S., omicron has pushed new cases and hospitalizations to record levels, according to a New York Times tracker. Cases are averaging close to 800,000 a day, while hospitalizations are above 158,000. That number includes patients in the hospital with other symptoms who have tested positive for the virus.

See: A record 8.75 million people missed work because COVID is in their house

And while case levels seem to have peaked in some of the states that were first hit hard by omicron — New York among them — the national rate remains at a record level and deaths, which lag cases and hospitalizations, are above 1,900. That’s an increase of 50% over the last two weeks and means the U.S. is suffering 9/11-scale casualties every two days.

See: Opinion: We need a decisive pivot on COVID-19: Double down on treatments for those at high risk instead of boosters and tests for everyone

Other COVID-19 news you should know:

• The National Institutes of Health on Wednesday updated its COVID-19 treatment guidelines for patients with mild to moderate forms of COVID-19 who are at high risk for disease progression. The new guidelines now include the recently authorized antivirals developed by Pfizer and Merck MRK, -0.66% with Ridgeback Biotherapeutics and not that GlaxoSmithKline GSK, -1.77% GSK, -0.13% and Vir Biotechnology’s VIR, -2.53% sotrovimab is the only monoclonal antibody that is thought to be effective against omicron, and have added a three-day course of Gilead Sciences Inc.’s GILD, -1.82%  Veklury as a treatment option. The panel suggests that clinicians first use Pfizer’s Paxlovid, then sotrovimab, then Veklury, and the final option should be molnupiravir, which is the Merck/Ridgeback drug.

• The French government will unveil a timetable for easing COVID restrictions later Thursday, Reuters reported, citing spokesman Gabriel Attal, who cautioned that the omicron wave has not yet passed. Attal said France’s new vaccine-pass rules would help allow a softening of rules even as the incidence of infections continues to increase. France reported nearly half a million coronavirus infections on Wednesday to leave the seven-day average at 320,000 cases.

• Austria’s conservative-led government is introducing a national lottery to encourage holdouts to get vaccinated, Reuters reported separately. The news came hours before parliament passed a bill introducing a national vaccine mandate applicable to everyone 18 and older with exemptions for pregnant women, people who for medical reasons can’t be vaccinated and those who have recovered from infection by the coronavirus within a six-month span. Roughly 72% of Austria’s population is fully vaccinated against COVID-19, one of the lowest rates in Western Europe. Every 10th lottery ticket will offer a gift voucher valued at 500 euros ($568).

• Texas Attorney General Ken Paxton, an opponent of vaccine mandates, has tested positive for COVID, the Washington Post reported. It’s unclear whether Paxton was vaccinated or when he was infected, and his office reportedly did not reply to a request for comment. Paxton has opposed making vaccines compulsory for healthcare workers in facilities that receive Medicare and Medicaid funds, troops in the Texas National Guard and staff at Head Start programs.

Here’s what the numbers say

The global tally of confirmed cases of COVID-19 rose above 338.9 million, and the death toll is now more than 5.56 million, according to data aggregated by Johns Hopkins University.

The world set a record of more than 3 million COVID cases a day between Jan. 13 and Jan. 19, AFP reported, in the latest sign of how fast omicron has spread.

The Centers for Disease Control and Prevention’s vaccine tracker is showing that some 209.5 million people living in the U.S. are fully vaccinated, equal to 63.1% of the total population.

Some 81.7 million have received a booster, equal to 39% of the fully vaccinated.