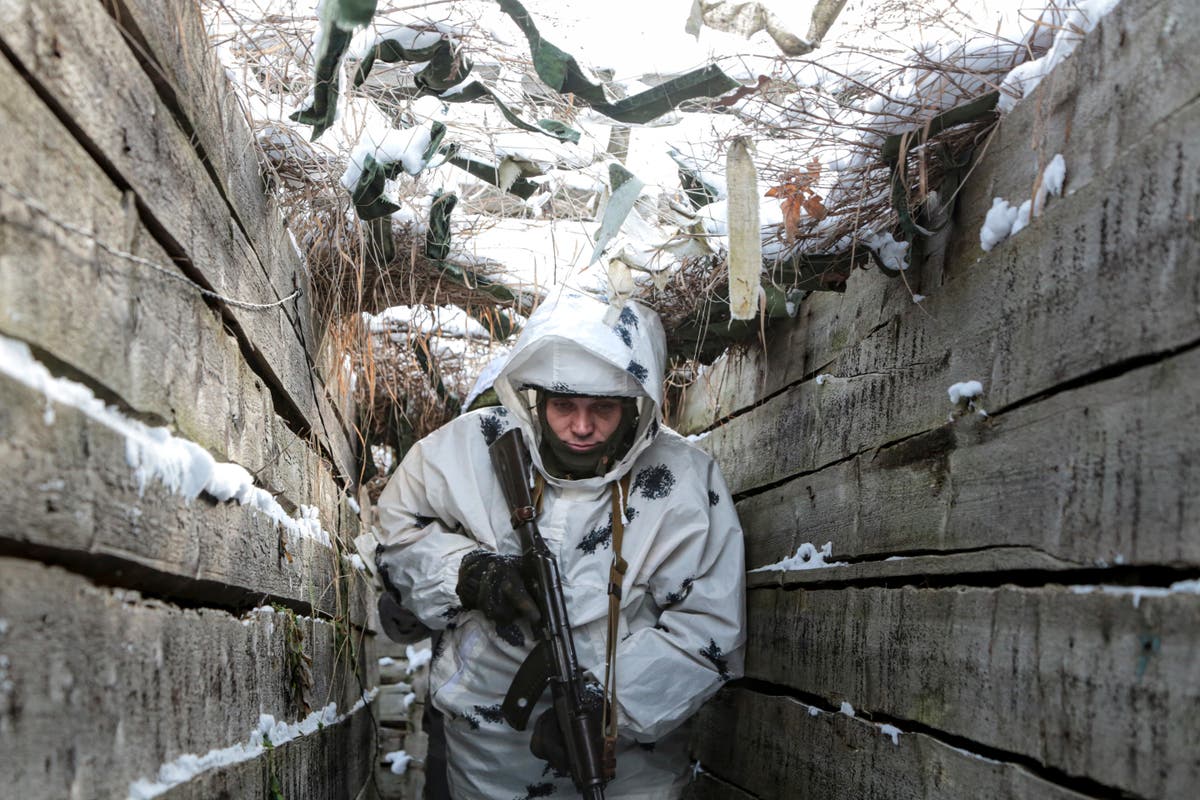 President Joe Biden gave a frank and dire assessment of the threat Russia poses to Ukraine during a call on Thursday with Volodymyr Zelensky, Ukraine’s president, according to an official in the Ukrainian government.

An unnamed official with Mr Zelensky’s government told CNN that a planned call on Thursday between the two leaders involved Mr Biden warning that Ukraine’s capital of Kyiv could be targeted by Russian forces and “sacked” in an invasion that he reportedly portrayed as imminent and a near-certain possibility.

A Russian invasion is now virtually certain once the ground freezes, Biden said to Zelensky, a senior Ukrainian official told @mchancecnn. Kyiv could be “sacked,” Russian forces may attempt to occupy it, “prepare for impact”, Biden said, according to this official.

The president’s prediction was not mentioned in a White House readout of the call.

“The leaders discussed coordinated diplomatic efforts on European security, underscoring the principle of ‘nothing about Ukraine without Ukraine,’” read the White House’s readout.

Mr Biden’s warning is the first official statement from a US official confirming that Ukraine’s capital city could be at risk from Russian invasion. Ukraine’s government has insisted that it does not see the prospect of invasion as being likely as the US sees it, and urged the Biden administration to continue diplomatic talks.

It was reported earlier on Thursday that Ukraine’s president would ask Mr Biden during the call to tone down his rhetoric regarding the likelihood of an attack, which Ukraine’s government apparently believes will not happen in the immediate future as talks continue.

CNN reported that Mr Zelensky fears panic and the economic impacts of Mr Biden’s language, which even before Thursday had centred on hyping up the severity of the threat Ukraine faces.

Russian officials have adamantly denied plans to invade and insist that the buildup of military forces near Ukraine is a response to Nato posturing. The Russian Federation has called for a promise from Washington that Ukraine will not be admitted into the military alliance, which was founded to counter the Soviet Union.

“We have to be smart, we have to be reasonable, but we have to be strong,” Ukraine’s foreign minister Dmytro Kuleba said on Tuesday. “If he feels the slightest signs of weakness, it will only prompt him to further escalate and to resort to war. And that’s what we have to avoid.”