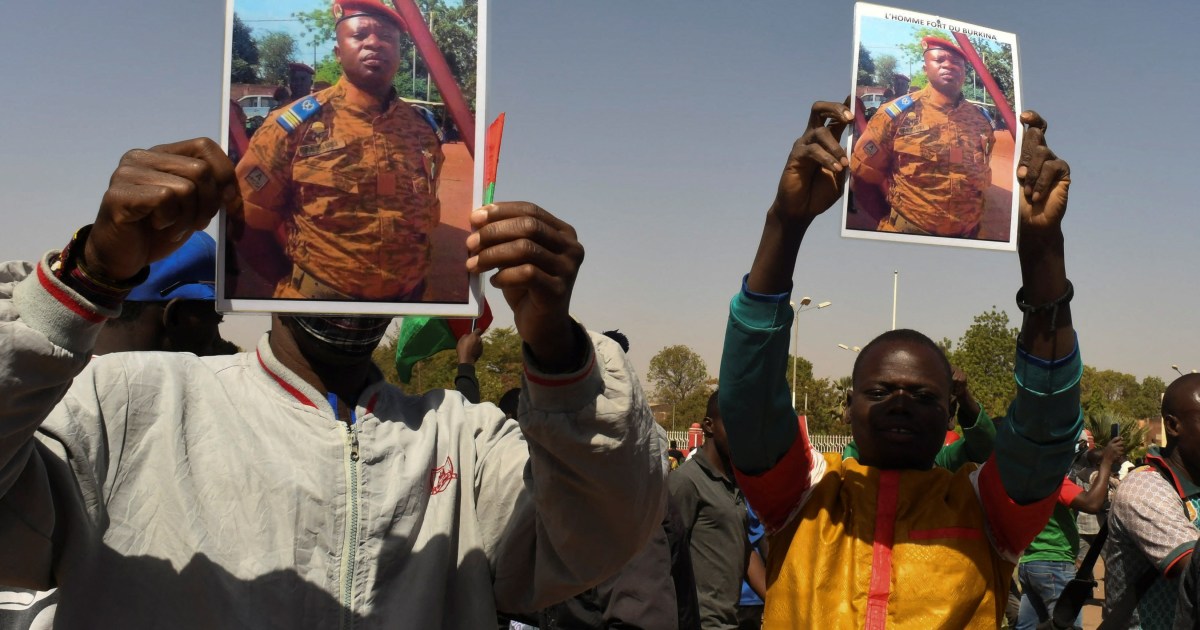 The ruling military in Burkina Faso warns ex-ministers not to leave the country during talks over the transitional period.

The Burkina Faso military that overthrew the country’s government has warned the former ministers not to leave the capital or obstruct its officers during talks over how to return to democratic elections, one of the politicians present said.

The officers, who call themselves the Patriotic Movement for Safeguard and Restoration (MPSR), deposed President Roch Kabore on Monday, saying his government had failed to contain worsening violence by armed groups.

The MPSR has said it would propose a calendar for a return to constitutional order “within a reasonable timeframe” but has not elaborated on its plans for a transition.

MPSR’s leader Lieutenant Colonel Henri-Paul Damiba met members of the overthrown government of Kabore on Wednesday, according to one of the ex-ministers present, who asked not to be named.

Damiba warned them not to do anything to obstruct the army or to travel outside the capital, but added that he welcomed any contribution they could offer to the transition, the former minister said.

The army also met a group of trade union leaders on Thursday in the capital, Ouagadougou.

“[Damiba] assured us that we will be consulted and included in what will be put in place,” said Marcel Zante, who heads an umbrella grouping of 130 unions.

“Now we are waiting to see what happens on the ground,” he added.

The meetings come before a planned emergency summit of the 15-member Economic Community of West African States (ECOWAS) on Friday, where members are set to discuss how to respond to the coup.

On Tuesday, ECOWAS issued a statement to say the bloc “firmly condemns” the coup, accusing the military of forcing Kabore to resign “under threat, intimidation and pressure”.

Clement Sawadogo, deputy head of Kabore’s People’s Movement for Progress (MPP) party, said “The junta has to do its utmost to prevent international sanctions for Burkina Faso.”

He called for a “wise solution, to prevent an ongoing security crisis … from intertwining with a socioeconomic crisis”.

This latest coup in West and Central Africa comes amid an increasingly bloody campaign waged by armed groups that has killed thousands and displaced millions across the Sahel region, eroding faith in democratic leaders to combat the problem.

Military leaders in Mali and Guinea, as well as in the Central African nation of Chad, where the military took power in April 2021, have set up similar transitional governments with a mix of military officers and civilians.

Those in Mali and Chad agreed to 18-month transitions to democratic elections, while Guinea’s have not yet laid out a timeline.

Malian authorities, however, have gone back on their original commitment and have proposed to delay elections, originally scheduled for next month, by up to four years.