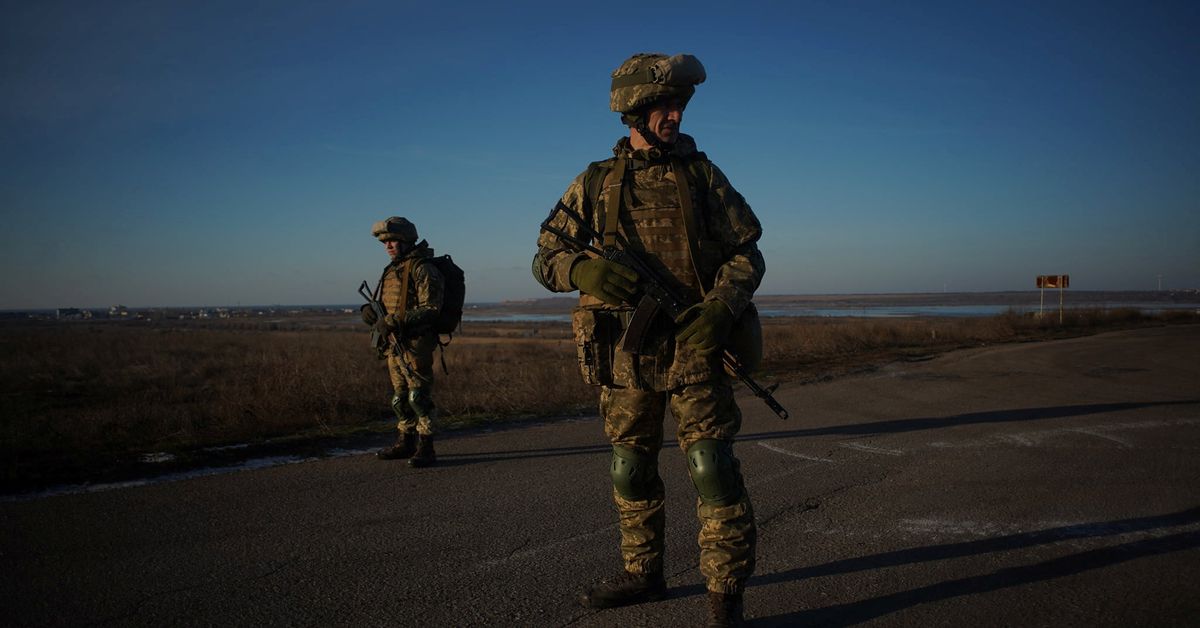 MOSCOW, Jan 28 (Reuters) – Russia on Friday sent its strongest signal so far that it is willing to engage with U.S. security proposals and reiterated that it does not want war over Ukraine.

“If it depends on Russia, then there will be no war. We don’t want wars. But we also won’t allow our interests to be rudely trampled, to be ignored,” Foreign Minister Sergei Lavrov told Russian radio stations in an interview.

Russia has massed tens of thousands of troops near the Ukrainian border as it presses demands for a redrawing of post-Cold War security arrangements in Europe.

The United States and its allies have warned President Vladimir Putin that Russia will face swift and tough economic sanctions if he attacks Ukraine.

Lavrov said the West was ignoring Russia’s interests but there was at least “something” in written responses submitted by the United States and NATO on Wednesday to Russia’s proposals.

While the responses have not been made public, both have stated they are willing to engage with Moscow on arms control and confidence-building measures. They have ruled out acceding to other demands, including that Ukraine must never be allowed to join NATO.

Lavrov said he expected to meet U.S. Secretary of State Antony Blinken again in the next couple of weeks.

He said, without giving details, that the U.S. counter-proposals were better than NATO’s. Russia was studying them and Putin would decide how to respond.

The comments were among the most conciliatory that Moscow has made on the Ukraine crisis, which has escalated into one of the tensest East-West standoffs since the Cold War ended three decades ago.

Belarusian leader Alexander Lukashenko, a close ally of Russia said on Friday his country had absolutely no interest in a war and that conflict would break out only if Belarus or Russia were directly attacked.

French President Emmanuel Macron was due to speak by phone with Putin on Friday.

“It is up to Vladimir Putin to say if he wants consultations or confrontation,” French Foreign Minister Jean-Yves Le Drian told RTL radio, asking whether the Russian leader wanted to be a “destabilising power” or would seek de-escalation.

The Kremlin said it did not rule out that Putin would provide some Russian assessments of the Western response to its proposals during the conversation.