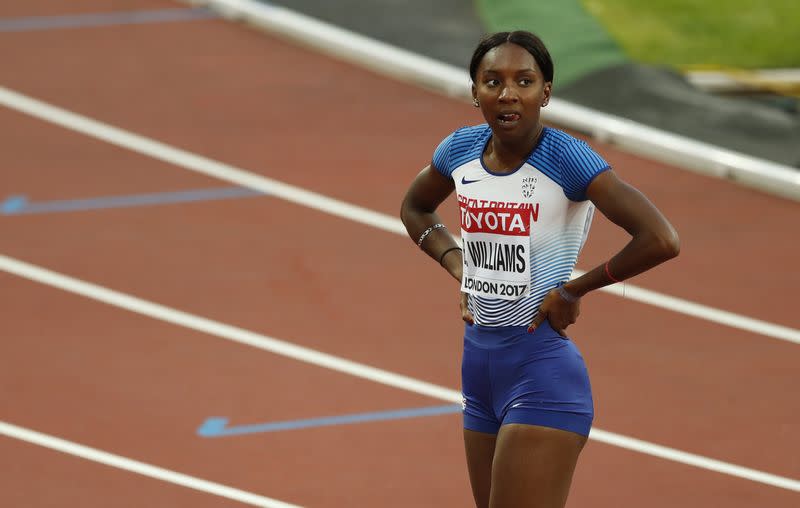 LONDON (Reuters) – Five British police officers will face a gross misconduct hearing after they stopped, searched and handcuffed two Black athletes, in a 2020 incident that raised questions over the use of force and racial profiling.

Police said they had stopped and searched the vehicle because they believed it was being driven in a manner that raised suspicion.

Both athletes were handcuffed while they and the car were searched for weapons or drugs. Nothing was found and no arrests were made.

Footage of the incident showed Williams, a Commonwealth Games gold medallist, handcuffed and in a distressed state, leading to accusations of racial profiling after it was widely shared on social media.

The UK’s Independent Office for Police Conduct (IOPC) said it had examined why the vehicle was followed and stopped, whether the force used was proportionate and whether the couple had been treated less favourably because of their race.

It said it had determined that the five officers should answer allegations that they breached professional standards relating to their duties and responsibilities.

“We have co-operated fully with the IOPC’s investigation and, in accordance with their direction, are now arranging for an independently-led misconduct hearing to take place,” Deputy Assistant Commissioner Bas Javid of London’s Metropolitan Police said.

“I am sorry for the distress that this incident clearly caused Ms Williams and Mr Dos Santos,” he added in a statement.

The head of London’s Met police stood down this month after she was criticised by the capital’s mayor for failing to root out racism, sexism and other problems in the force.