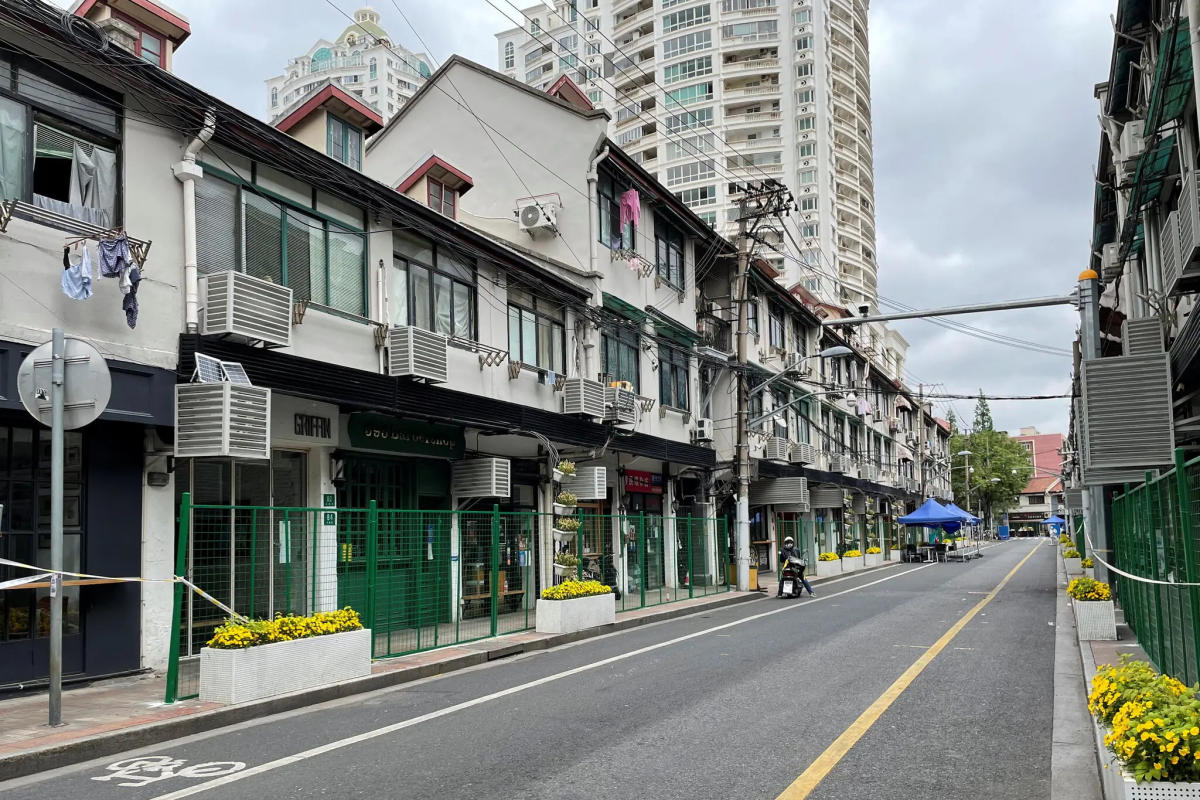 Four days into a coronavirus lockdown in her Shanghai neighborhood, Ding Tingting began to worry about the old man who lived alone in the apartment below her. She knocked on his door and found that his food supply was dwindling and that he didn’t know how to go online to buy more.

Ding helped him buy food but also got to thinking about the many older people who lived alone in her neighborhood. Using Chinese messaging app WeChat, she and her friends created groups to connect people in need with nearby volunteers who could get them food and medicine. When one woman’s father-in-law fainted suddenly, the network of volunteers located a neighbor with a blood pressure monitor and made sure it was delivered quickly.

“Life cannot be suspended because of the lockdown,” said Ding, a 25-year-old art curator.

Sign up for The Morning newsletter from the New York Times

In its relentless effort to stamp out the virus, China has relied on hundreds of thousands of low-level party officials in neighborhood committees to arrange mass testing and coordinate transport to hospitals and isolation facilities. The officials have doled out special passes for the sick to seek medicine and other necessities during lockdown. In Beijing on Monday, the government ordered about three-quarters of the city’s 22 million residents to undergo three mandatory rounds of testing in five days in an effort to get ahead of a new outbreak.

But the recent surge in Shanghai has overwhelmed the city’s 50,000 neighborhood officials, leaving residents struggling to obtain food, medical attention and even pet care. Angry and frustrated, some have taken matters into their own hands, volunteering to help those in need when China’s Communist Party has been unable or unwilling, testing the party’s legitimacy in a time of crisis.

“A claim of the Chinese Communist Party is that only the Communist Party can deliver basic order and livelihood to every person in China,” said Victor Shih, a professor of political science at the University of California, San Diego. For Shanghai residents now trying to get food and other fundamentals, “their confidence in these claims has probably been weakened,” he said.

In Shanghai, where one in every three people is older than 60, residents are especially concerned that older adults are being forgotten. Many don’t use smartphones and are not on WeChat or any of China’s dozens of online shopping apps that make modern life convenient. Unable to leave their homes, they have been cut off from daily life.

“I really see the struggle of some of the seniors,” said Danli Zhou, who is part of an ad hoc group of volunteers in his upscale neighborhood in the center of the city.

The group takes shifts helping to bring deliveries from the lobby to residents’ doors.

During one of his shifts, Zhou said he knocked on the door of an old man who appeared to be struggling to speak. He asked to see the man’s phone and got the contact details of his daughter living in another part of the city. Zhou put the daughter in contact with several WeChat groups in the building, where neighbors were buying food and organizing deliveries.

“There are quite a lot of seniors living alone in the building,” Zhou said. “Wrapping your head around the group buying — it even took me some time to figure out the system.”

Among Shanghai’s tens of thousands of new volunteers, a sense of community has grown in a sprawling metropolis with more residents than any other city in China, and where most are used to anonymity. Many have said that before the outbreak they were more familiar with their colleagues than with their neighbors.

Yvonne Mao, a 31-year-old project manager at a technology company in Shanghai, had never bothered to get to know her neighbors before the omicron variant started tearing through her city. After someone tested positive for the virus in her compound, she panicked and appealed for help by filling out a form she found online devoted to connecting people to volunteers in each Shanghai district.

Mao soon got a call from a middle-aged volunteer who lived above her in her building, who said he wanted to check in on her. After that experience, she signed up to help distribute food and other necessities to other neighbors.

“I feel a sense of unity and have become closer with my neighbors,” Mao said.

The volunteers have also become an essential resource for the hundreds of thousands of people being shipped off to isolation facilities after testing positive, suddenly forced to leave behind their daily lives with little preparation.

When a video of a corgi being beaten by health workers in white hazmat suits went viral, animal welfare volunteers leaped into action. The owner let the dog out into the street after being unable to find someone to take care of the pet before being sent to a quarantine facility, according to state media reports. An official later acknowledged that the beating was a mistake, but many pet owners were incensed.

Volunteers circulated forms online for residents to sign up for pet care in districts around the city. These groups have helped transfer pets to temporary homes or foster care services when owners test positive and provided tips on how to walk dogs on a balcony.

Yet even these small acts of kindness have faced some opposition from neighborhood officials.

Akiko Li, a volunteer at an animal welfare group, helped find a home for a white-haired, blue-eyed cat named Guaiguai when its owner contacted her in a panic. Li located a high school student who lived in the same residential compound as Guaiguai’s owner who could go to the apartment to get the cat.

“We faced much resistance through this process,” said Li, 28. “We were not allowed to go inside the neighborhood because it had been strictly sealed off.”

In the northern Shanghai suburb of Baoshan, Hura Lin, an 18-year-old high school senior, took in a cat named Drumstick after its owner tested positive for the virus. It was the least she could do, Lin said.

“I don’t expect that I can solve the problem,” she said. “I just want to help as much as possible.”

Some people, rather than becoming volunteers, are simply providing informal ways to ease the daily stress of life under lockdown in Shanghai, collating useful information and guides online, making refreshments for frazzled neighbors or videos to boost morale.

In a neighborhood near Mao’s, another volunteer, Perla Shi, makes free coffee every morning for her neighbors from her little kitchen. She takes orders daily and delivers them in takeout cups she was able to buy from a nearby convenience store.

She was moved to do something after several acts of kindness from her neighbors: One offered to take care of her short-legged cat Sixi if Shi, 35, tested positive. Another put fresh homemade bread by her door. A third dropped off an entire case of yogurt.

“Everyone was tight on resources, but they still fed me from time to time,” Shi said. “I thought, my goodness, I need to do something for them, too.”