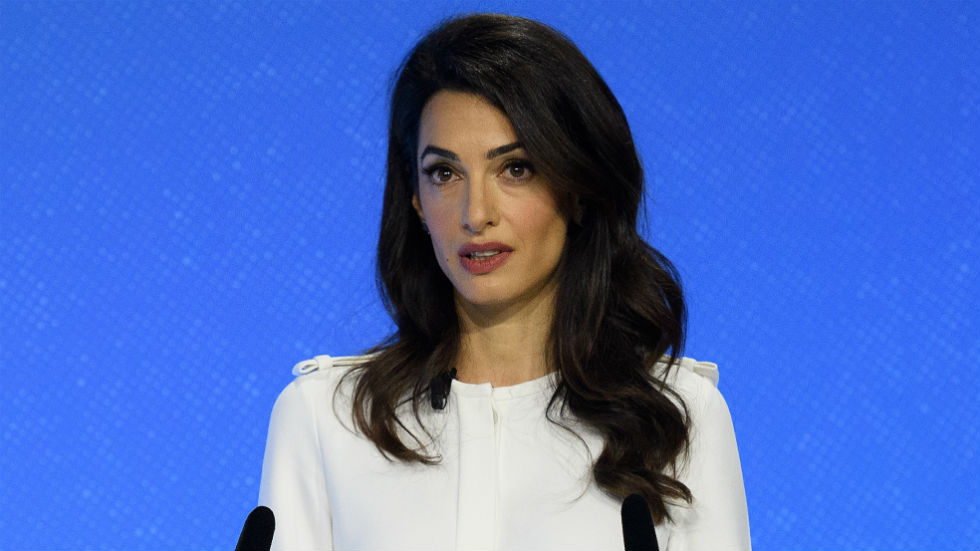 Human rights lawyer Amal Clooney chastised the United Nations (U.N.) on Wednesday for ignoring war crimes that have been happening in the world, saying it emboldened Russia’s assault on Ukraine.

“Here we are, faced with the evidence of crimes of aggression, war crimes, crimes against humanity and mounting evidence each day of the crime of genocide,” Clooney said at an informal U.N. Security Council meeting.

“How did we get here? I believe we got here by ignoring justice for so long. For too long, we have watched as perpetrators of mass human rights abuses have murdered, tortured and raped without consequence,” Clooney continued, citing Yemen and Myanmar as examples.

The meeting focused on how Russia would be held responsible for its actions in Ukraine, as soldiers have been accused of killing civilians, kidnapping children and raping women.&nbsp;

Clooney says countries have committed war crimes because they “believe they will get away with it, and they have been right.”

Clooney says the international community needs to continue to rally behind Ukraine and urge accountability for war crimes so the issue does not get ignored like other conflicts, such as those in Syria.&nbsp;

“What worries me as I sit here today is that the resolute action we have seen in the first 50 days of this war will turn out to be the high point instead of the starting point of the legal and diplomatic response” from the world, Clooney said, adding that the U.N.’s actions could “slowly fade into a predictable pattern.”

In response to Russia’s invasion, the U.N. has voted to condemn the war, while many of its countries have provided aid and weapons to Ukraine.

The U.S. has given billions of dollars in aid and weapons while sanctioning Russian oligarchs and others for the war.