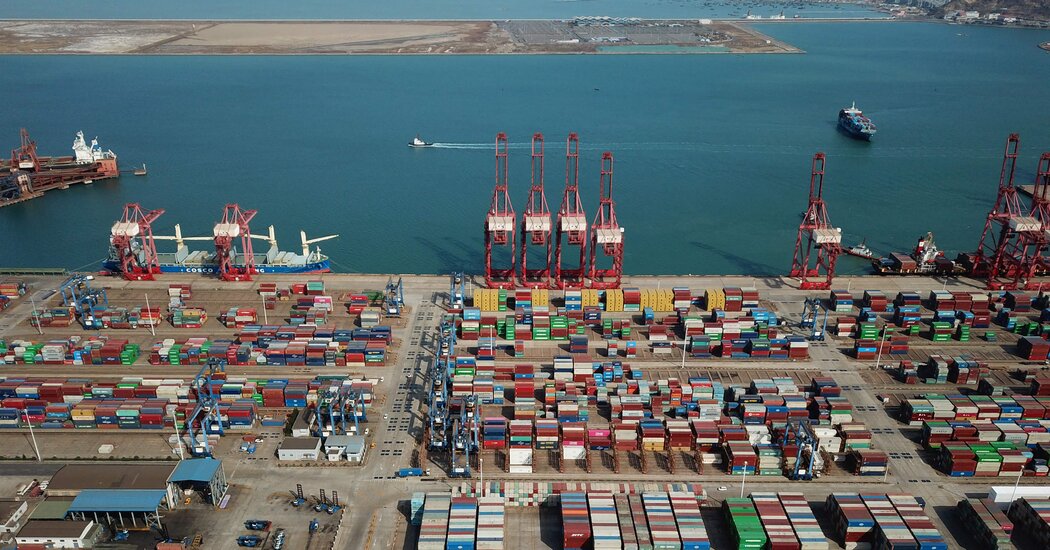 In remarks to reporters on Tuesday, Liu Pengyu, the spokesperson for the Chinese Embassy in Washington, said the tariffs violated global trade rules, dragged down the global economic recovery and would ultimately hurt U.S. businesses and consumers.

“The Biden administration will not terminate tariffs on China, but is preparing to launch a new Section 301 investigation,” he said. “Facts have proved that a tariff war cannot solve the core issue of China-U.S. economic and trade frictions, nor will it truly balance U.S. foreign trade. It will only drive up inflation in the U.S. and increase the cost of living for ordinary American consumers and families.”

The report also said that Russia was posing various challenges, including copyright infringement and trademark counterfeiting, but that the ability of the administration to raise and resolve those intellectual property issues had been severely limited by Russia’s invasion of Ukraine and the subsequent efforts by the United States and its allies to isolate Russia from the global economy. The United States is monitoring recent proposals by Russia to try to counter international sanctions by allowing its companies to violate intellectual property rights held in the United States, Europe and other countries that have imposed sanctions on Russia, the report said.

It also expressed concerns with the European Union’s “aggressive promotion” of geographical indications, or rules that require goods to be from specific regions in order to use certain product names. Rules that restrict the use of common names for products, like Parmesan or feta cheese, impose barriers for U.S.-made goods and remain “highly concerning,” the U.S.T.R. said.

The office said it would also conduct a special review of Bulgaria’s practices to assess whether it had made progress with investigating and prosecuting online piracy cases. It removed some countries from a watch list, saying they had made progress on improving rights, including Kuwait, Saudi Arabia, Romania and Lebanon.

Katherine Tai, the trade representative, said in a statement that the administration would continue to engage with trade partners to address shortcomings, and that intellectual property protection was key to more than 60 million American jobs.

“We need robust protection and enforcement in foreign countries to protect these individuals, their livelihoods, and ensure they can fairly compete in the global marketplaces,” Ms. Tai said.