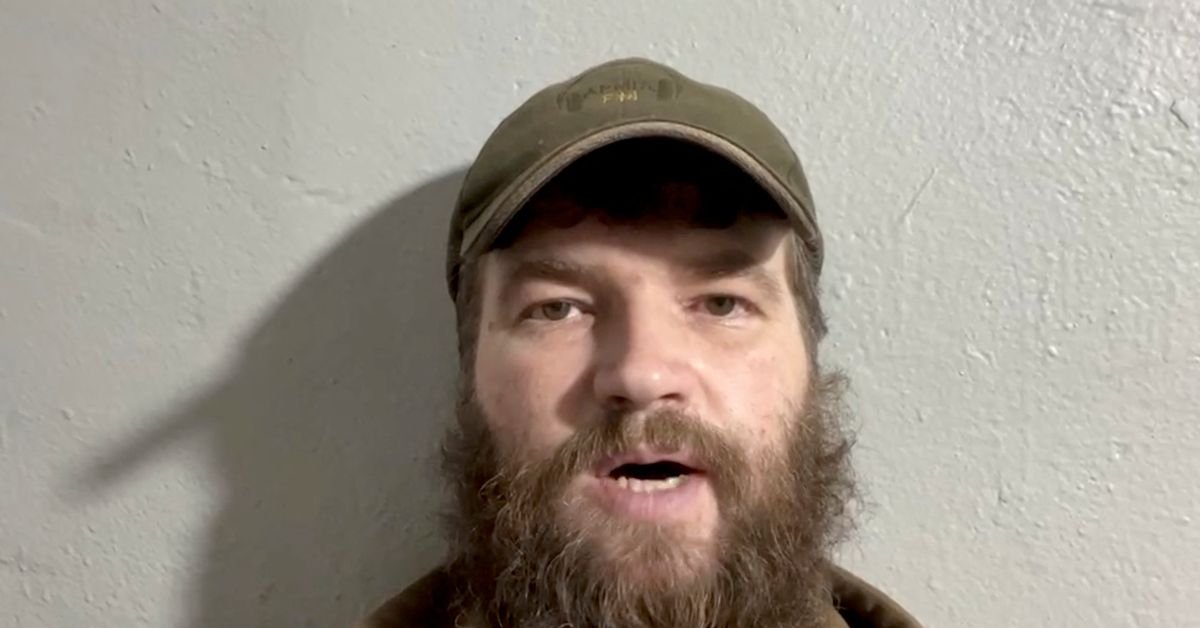 KYIV, April 28 (Reuters) – A Ukrainian soldier holed up in a steel works in Mariupol said his forces would fight for as long as needed and he urged world leaders to find a way to save civilians and the hundreds of troops trapped in Russia’s “medieval” siege.

Captain Sviatoslav Palamar, 39, a deputy commander of Ukraine’s Azov Regiment, spoke in an interview with Reuters from the steel works that is the last redoubt for the port city’s defenders.

Russian forces have reduced large parts of Mariupol to ruins around the vast complex and its underground catacombs, where Palamar and a Ukrainian contingent are making a last stand.

Russian President Vladimir Putin, who claimed control of the city last week, said the plant should be sealed off so that “not a fly” could escape.

“As long as we’re here and holding the defence… the city is not theirs,” Palamar said.

He said heavy fighting still raged and they were constantly being bombed. At one point Russian forces sent in a column of tanks and armoured vehicles and infantry, but the defenders destroyed it. He said tactics were constantly changing.

“The tactic (now) is like a medieval siege. We’re encircled, they are no longer throwing lots of forces to break our defensive line. They’re conducting air strikes,” he said.

Palamar, who is married with one child, refused to give precise details about operations because they could help the enemy. He would not say how much food and ammunition they had left, but that they still had hundreds of fighters.

“Of course our resources aren’t infinite and they are running lower with every passing day of intense fighting. The situation is difficult, but we’re going to battle and fight for as long as we have to.”

He said they had more than 500 wounded fighters, some in serious condition.

“We don’t have the conditions to treat them, to carry out really difficult surgery.. medicine is running out, bandages and food and water.”

The capture of Mariupol, on the Sea of Azov in the south of the industrial Donbas region, is crucial to Russian efforts to secure a land bridge to the Crimean peninsula it seized from Ukraine in 2014.

Palamar, who is from the western city of Lviv but has lived in Mariupol since 2014, could not say how many civilians were in the steel works, but said they run into the hundreds. They were sheltering in different bunkers to the soldiers, he said.

“We bring them (civilians) food and check on their health, but we can’t stay with them for obvious reasons: the enemy could stage a provocation and say that…we were hiding behind civilians.”

One bunker holding civilians, including children, was hit by intense rocket fire on Tuesday and an elderly woman and man were hurt, he said.

The bearded figure with an intense gaze spoke to Reuters by Zoom. He said he could not turn the camera on the call to show his quarters in case it gave away any intelligence to the Russians.

He accused Russia of disingenously urging civilians there to evacuate while continuing to shell the area. He called on international organisations like the United Nations or Red Cross to act as guarantors to get the civilians to leave immediately.

Once the civilians are out, Palamar said, the wounded and the dead should be taken back to Ukraine and safe passage secured for the Ukrainian contingent there.

Being taken prisoner was not an option, he said.

“They’ll be killed in captivity, they’ll be maimed, and that’s why we propose having a third party that during negotiations can guarantee their exit from Azovstal,”

He mentioned Turkey or Israel as possible third parties.

The Azov fighters in the steel works included Russians, Bulgarians, a Crimean Tatar, a Greek, Jews, Catholics and others, he said.

He said his main message to the world was to wake up to the threat from Russia and to stop being soft on Moscow.

“I hope the world now realises its mistake… Everything that our soldiers do here – not only in Mariupol, but on Ukraine’s territory – we are convinced we are saving not only Ukraine, but also Poland, Lithuania, Latvia, Estonia, Moldova and Georgia,” he said.

Sorgente articolo:
Exclusive: ‘We’ll fight as long as we have to,’ Ukrainian fighter says from Mariupol – Reuters.com