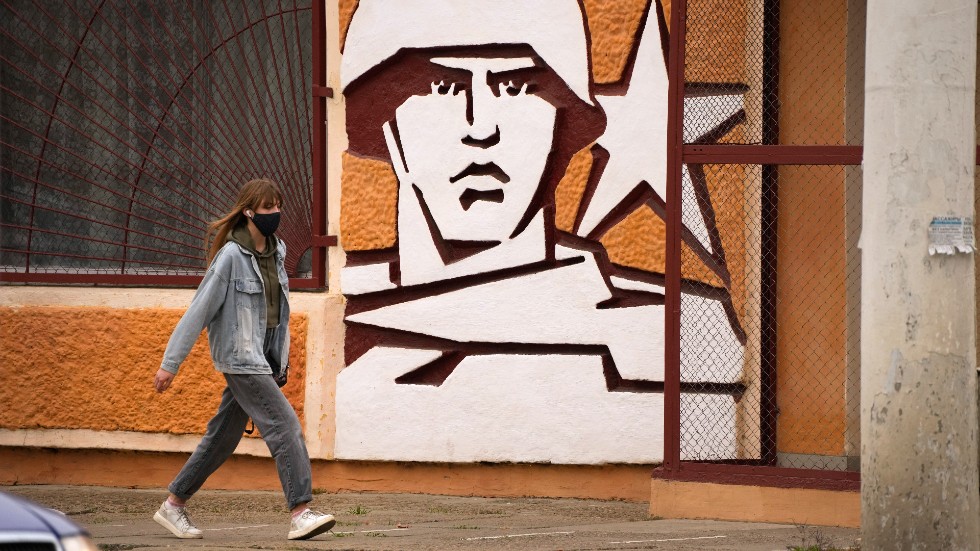 Explosions and gunshots in Transnistria, the Russian-backed separatist territory in Moldova, are raising fears that Moscow is looking to escalate its grab for territory beyond its war in Ukraine.&nbsp;

The attacks are shrouded in confusion, with little independent presence in the restrictive territory. The interior ministry of the unrecognized independent region said drones had been detected flying in from Ukraine, as well as gunshots, Reuters&nbsp;reported.

At least two radio towers that broadcast in Russia were&nbsp;said&nbsp;to be damaged, while Transnistria officials say shots from inside Ukraine were fired at a village holding an ammunition depot.

Russia has blamed Ukraine for launching the attacks, while Ukraine has accused Russia of staging the explosions.

As the violence worsens, Russia’s Foreign Ministry has said it hopes the escalation does not get to a point where its forces would have to intervene, raising concerns that Moscow intends to expand its assault on Ukraine to neighboring countries.&nbsp;

Here’s what to know about Transnistria:

Russian is estimated to have around 1,500 troops stationed in Transnistria, where the majority of residents speak Russian.&nbsp;

The pro-Russian territory broke away from Moldova in the early 1990s, and Russian troops have been stationed in the region since the collapse of the Soviet Union. However, Moscow has never officially recognized Transnistria as independent.&nbsp;

Moldova has little control over the region, which maintains its own military and is backed by Russia.&nbsp;

Freedom House, which monitors the state of civil freedoms and democracy worldwide, rates Transnistria as “not free” in its 2021 report of the territory, with almost no political competition and severely restricted freedom of speech.&nbsp;

US monitoring violence in Transnistria

State Department spokesperson Ned Price said on Tuesday that the administration is closely monitoring the recent explosions in Transnistria.

“We do not know all the details yet, but we remain concerned about any attempts to escalate tension,” Price said.&nbsp;

“We reiterate the Moldovan Government’s call for calm in response to these incidents.&nbsp; And we fully support, as you have heard us say before, Moldova’s territorial integrity and sovereignty.&nbsp; We respect its constitutionally guaranteed neutrality.”

The U.S. has provided Moldova with $30 million in humanitarian assistance for its hosting of Ukrainian refugees, and $100 million in development assistance to strengthen the country’s “long-term democratic and economic resiliencies,” Price said.&nbsp;

The U.S. and Moldovan militaries also work closely together, and the Biden administration relaunched a strategic dialogue that had been on pause for several years.&nbsp;

“Moldova is a strong partner,” Price said. “We are working to make sure that they have what they need to respond to the regional consequences of Russia’s aggression against Ukraine.”

Moldova has sought greater integration into the European Union and has accelerated those efforts during Russia’s war in Ukraine. Moldovan President Maia Sandu last week submitted key paperwork to the EU in what she said is “a step closer to our accensino bid” for the national bloc.&nbsp;

“We are ready to do our part swiftly and diligently to give Moldova a chance for a better, safer and more prosperous future,” the president&nbsp;tweeted.&nbsp;

“Maia Sandu is not a figure the Kremlin looks on with sympathy; they see her as someone who wants to take Moldova to the West, which of course she does,” he said.

“So enhancing Moscow’s military presence in Transnistria, would not only strengthen its aggression against Ukraine, but also its ability to apply pressure on a government in Chișinău that it does not like.”&nbsp;

The move would require Russia to take over much of southern and eastern Ukraine, where Russian forces have been focusing their attacks after failing to secure the capital city of Kyiv.

Minnekayev’s remark was the first time Russia admitted to having territorial ambitions during the war.&nbsp;

Ukraine warns
is the next front

Ukrainian officials have warned for weeks the war would not be contained to within its borders, but have further sounded the alarm after Minnekayev’s comment.&nbsp;

“They are not going to stop. The command of the Russian central military district announced the next victim of the Russian aggression,” Ukraine’s Defense Ministry tweeted. “After gaining control over the southern Ukraine, Russia plans to invade Moldova, where they say Russian speakers are being ‘oppressed.’”

Ukrainian President Volodymyr Zelensky said Ukraine is prepared for Russia to attempt to destabilize the region and escalate tensions.&nbsp;

“The goal is obvious — to destabilize the situation in the region, to threaten Moldova. They show that if Moldova supports Ukraine, there will be certain steps,” Zelensky said.

“We clearly understand that this is one of the steps of the Russian Federation. The special services are working there,” Zelensky said. “But we understand their capabilities, the Armed Forces of Ukraine are ready for this and are not afraid of them.”

Ukrainians have warned that Russia will implement false flag operations to pin blame on their country.