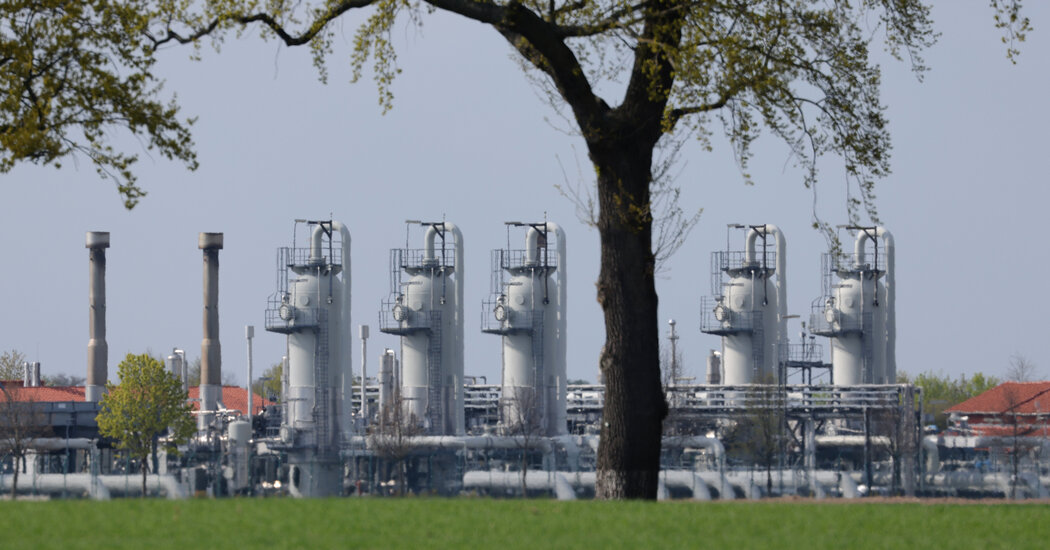 A day after Russia cut off gas supplies to Poland and Bulgaria, the German chancellor, Olaf Scholz, said on Thursday that his country must be prepared for the possibility that Germany could be next.

Mr. Scholz’s government and Germany’s energy industry have stressed in recent days that the country’s supply of gas remains adequate. As Russian gas continues to flow in, storage facilities are slowly being refilled after the winter, when demand for gas is heaviest, and are currently one-third full. In recent weeks the minister for the economy said efforts to secure gas from other countries had resulted in a one-third reduction in the amount of gas that came from Russia.

Earlier this year, the government began a review process that could, if necessary, mandate gas rationing. But if Russia were to stop gas flows to Germany, the economy ministry reported to Parliament recently, the situation could become critical quickly.

“We have to be ready for it,” Mr. Scholz told reporters in Tokyo, where he paid Prime Minister Fumio Kishida a visit to shore up ties between the two countries. Japan, which like Germany is an energy-poor industrial powerhouse, is also struggling to ensure that it has sufficient natural gas supplies.

At the outset of the war, Germany relied on Russia to meet 55 percent of its natural gas needs. Since Moscow’s invasion of Ukraine on Feb. 24, the country has reduced that amount to 35 percent by canceling some contracts and importing more liquefied natural gas, or L.N.G., from other countries.

By the end of the year, German officials said, they hope to be drawing less than a third of the country’s gas from Russia.

Still, the Bundesbank, Germany’s central bank, warned last week that an embargo on Russian gas could cause the country’s economic output to drop by as much as 5 percent this year. Mr. Scholz and his finance minister have also warned that an immediate cutoff of Russian gas could throw the economy into a recession.

Tens of thousands of jobs in German industries that are powered by gas, including chemicals and steel, could be threatened.

Nearly half of all homes in Germany are heated with natural gas. If rationing becomes necessary, private homes, along with essential infrastructure such as hospitals, will be given priority in the event of a shortage.

The government has also focused on refilling natural gas storage facilities that had been left nearly empty as the winter came to an end, some because they had been in the hands of Russian companies. Germany seized control of the storage tanks after the start of April, citing national security.

It has since been slowly and steadily refilling the facilities, with the aim of ensuring that they are at 90 percent capacity by Dec. 1, in keeping with a new European Union law that was drawn up to ensure sufficient levels of gas supply.

Robert Habeck, the German economy minister, has also been working to find alternative suppliers for the coal and oil that Germany imports from Russia. Neither fossil fuel is as important to the country’s energy supply as gas, with only 25 percent of coal and only 35 percent of oil coming from Russian fields at the start of the year.

Germany is now in a position to join the European Union’s embargo on Russian coal and will soon be in position to do the same with oil, Mr. Habeck said this week, after a trip to Poland that he said was part of the government strategy “to step by step, set the conditions and to meet them” to achieve independence from Russia.

“And now we will do the same thing with gas,” Mr. Habeck said.

Sorgente articolo:
Germany Is Preparing to Forgo Russian Gas. But a Quick Cutoff Would Hurt – The New York Times