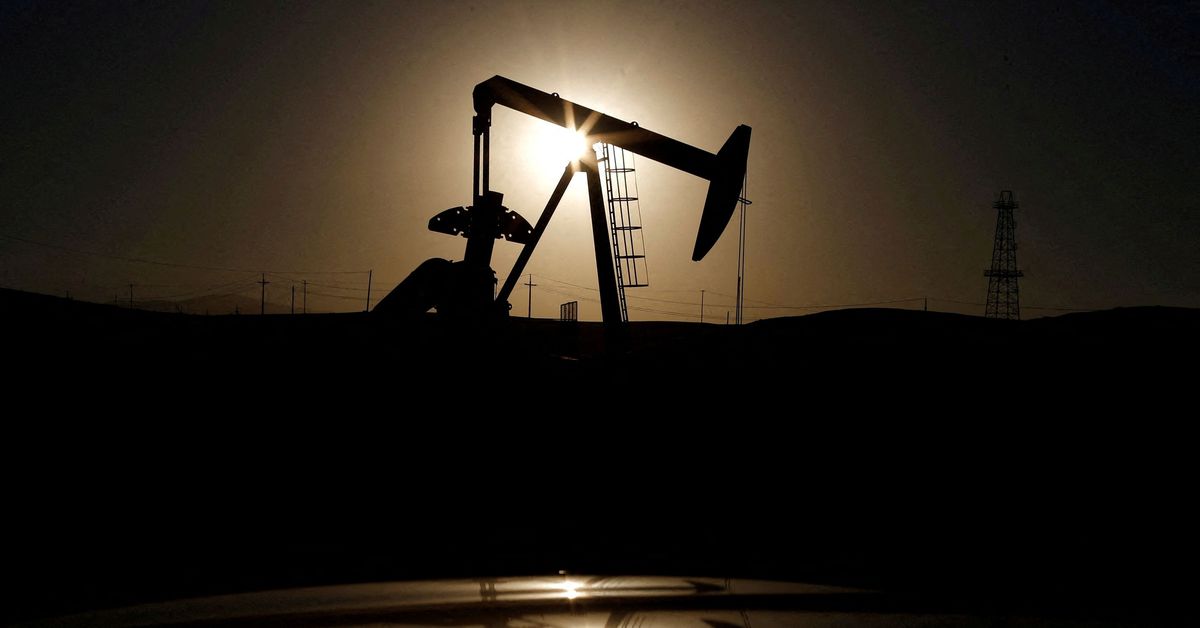 A pump jack is seen at sunrise near Bakersfield, California October 14, 2014. REUTERS/Lucy Nicholson

NEW YORK, April 28 (Reuters) – Oil settled higher on Thursday on the increased likelihood that Germany will join other European Union member states in an embargo on Russian oil, which could further tighten supplies in the already stressed global crude market.

Traders were reacting to media reports of comments on Tuesday from German Economy Minister Robert Habeck, who said the EU’s largest economy could cope with an EU embargo on Russian oil imports and Germany hoped to find ways to replace Russian oil with other supply. read more

“The apparent decision by Germany to remove its opposition to a Russian oil sanction would appear to go a long way in an overall EU ban that would further reduce Russian oil availability in a global market,” said Jim Ritterbusch, president of Ritterbusch and Associate in Galena, Illinois.

Germany relies heavily on Russian energy imports and had opposed a full ban.

Before the war in Ukraine, Russian oil accounted for about a third of Germany’s supply. A month ago, Habeck said the country had reduced its dependence on Russian oil to 25% of imports.

“As a result of this, oil from the free world is going to be more expensive, and Iron Curtain oil will plunge further in value and be discounted more heavily,” said John Kilduff, partner at Again Capital LLC in New York.

Moscow has started to use energy exports as a cudgel following the response by the United States and allies over Russia’s invasion of Ukraine.

Russia has cut off gas supply to Poland and Bulgaria and is trying to push the EU to adopt its new gas payments system that involves opening accounts at Gazprombank where payments in euros or dollars would be converted into roubles. read more

Russian oil production could fall by as much as 17% in 2022, according to an economy ministry document seen by Reuters, as the country contends with Western sanctions. read more

Despite this expected shortfall, the OPEC+ group of producers comprising the Organization of the Petroleum Exporting Countries and allies led by Russia is expected to maintain its modest pace of increasing output when it meets on May 5, sources told Reuters. read more

The U.S. dollar surged to its highest levels in two decades on Thursday, propelled by weakness in its major rivals, such as the yen and the euro. A stronger dollar is usually bearish for oil prices which are priced in the greenback, as it makes it more expensive to holders of other currencies.

In China, Beijing closed some public spaces and stepped up COVID-19 checks at others as most of the city’s 22 million residents embarked on more mass testing in an effort to avert a Shanghai-like lockdown. The most recent lockdown has disrupted factories and supply chains, raising fears over the country’s economic growth. read more

A slowdown in global growth owing to higher commodity prices and an escalation in the Russia-Ukraine conflict could further exacerbate oil demand fears.