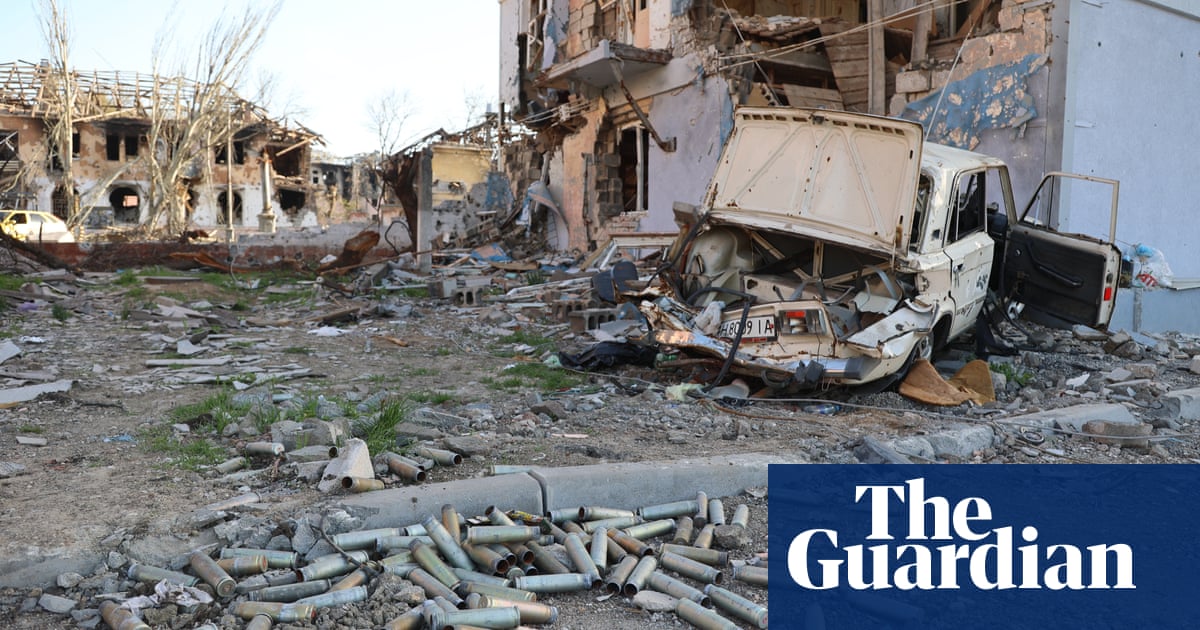 Russia has stepped up the pace of its offensive in eastern and southern Ukraine, and is preventing the evacuation of wounded Ukrainian fighters from a steelworks in Mariupol because it wants to capture them, Ukrainian officials have said.

“The enemy is increasing the pace of the offensive operation. The Russian occupiers are exerting intense fire in almost all directions,” Ukraine’s military command said of the situation on the main front in the east.

According to the officials, the focus of Russia’s main attack was near the towns of Slobozhanske and Donets, along a strategic frontline highway linking Ukraine’s second-largest city, Kharkiv, with the Russian-occupied city of Izium.

Although Russian forces were pushed out of northern Ukraine last month, they are heavily entrenched in the east and still hold a swathe of the south that they seized in March.

Kyiv has accused Moscow of planning to stage a fake independence referendum in the occupied south. Russian state media quoted an official from a self-styled pro-Russia “military-civilian commission” in Kherson on Thursday as saying the area would start using Russia’s rouble currency from 1 May.

Ukrainian troops are still holed up in a steelworks in Mariupol, the ruined south-eastern port where thousands of people have died under two months of Russian siege and bombardment.

Russian forces have been pummelling the factory, but the Russian president, Vladimir Putin, has said the plant need not be stormed. Kyiv has pleaded for a ceasefire to let civilians and wounded soldiers escape.

“They [want to] use the opportunity to capture the defenders of Mariupol, one of the main [elements] of whom are the … Azov regiment,” Pavlo Kyrylenko, governor of the eastern region of Donetsk, told a briefing, referring to a group of fighters that Moscow has vilified. “Therefore the Russian side is not agreeing to any evacuation measures regarding wounded [Ukrainian] troops.”

Capt Svyatoslav Palamar, the deputy commander of the Azov regiment, told Reuters in a video link from an undisclosed location beneath the complex: “As long as we’re here and holding the defence … the city is not theirs. The tactic [now] is like a medieval siege. We’re encircled, they are no longer throwing lots of forces to break our defensive line. They’re conducting airstrikes.”

Mariupol city council said about 100,000 residents were “in mortal danger” because of Russian shelling and unsanitary conditions. It said the shortage of drinking water and food was “catastrophic”.

More than 5 million refugees have fled Ukraine since Russia launched its “special military operation” on 24 February. Moscow says its aim is to disarm its neighbour and defeat nationalists there. The west calls that a bogus pretext for a war of aggression.

In another indication that Russia might be planning to expand the scope of its conflict, Kremlin officials again weighed in to denounce “acts of terrorism” in Moldova’s Moscow-backed breakaway region of Transnistria which borders southern Ukraine.

“We are alarmed by the escalation of tensions in Transnistria,” the foreign ministry spokeswoman, Maria Zakharova, said during her weekly briefing, pointing to reports of shootings and explosions.

“We regard these actions as acts of terrorism aimed at destabilising the situation in the region and expect a thorough and objective investigation,” Zakharova said.