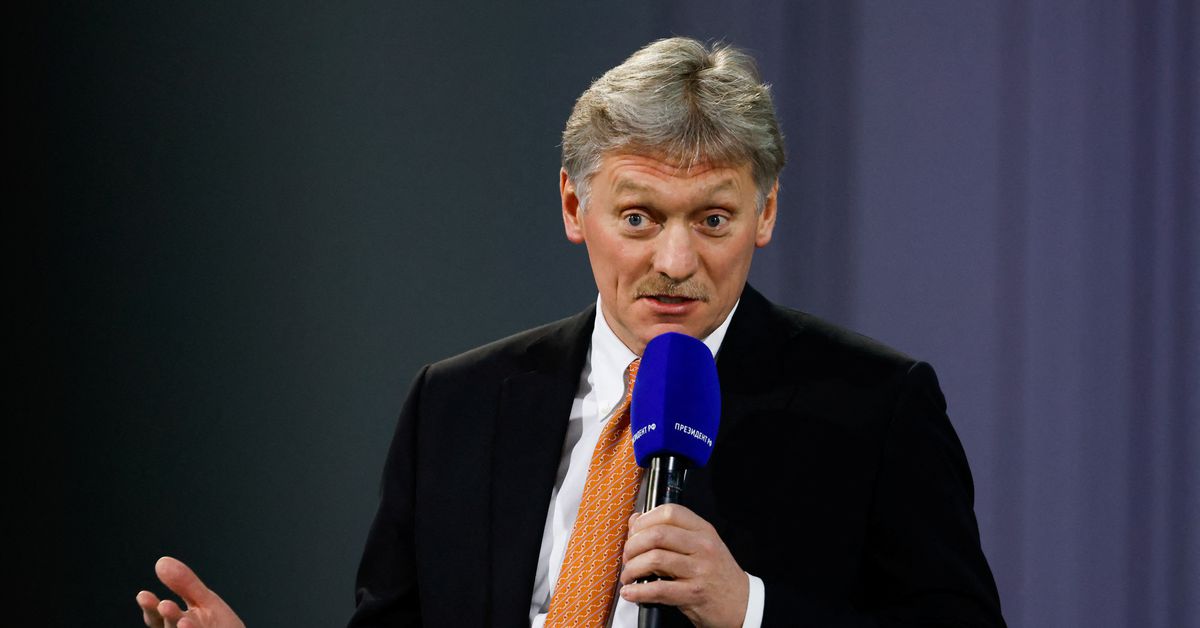 LONDON, April 28 (Reuters) – The Kremlin said on Thursday that Western arms supplies to Ukraine, including heavy weapons, posed a threat to the security of the European continent.

The comment from Kremlin spokesman Dmitry Peskov added to a pattern of escalating rhetoric on both sides as the West has stepped up weapons supplies to Ukraine and Moscow has accused it of waging a proxy war against Russia.

“In itself, the tendency to pump weapons, including heavy weapons, to Ukraine and other countries are actions that threaten the security of the continent and provoke instability,” Peskov told reporters.

He was responding a question about remarks by British Foreign Secretary Liz Truss, who said on Wednesday that countries opposed to Russia’s invasion of Ukraine must double down on their support, including by supplying heavy weapons, tanks and planes.

Russia, whose invasion of Ukraine has killed many thousands of people and displaced millions, has consistently portrayed NATO and the West as aggressors who have forced it into defending its own security.

President Vladimir Putin said on Wednesday: “If someone intends to intervene in the ongoing events from the outside, and create strategic threats for Russia that are unacceptable to us, they should know that our retaliatory strikes will be lightning-fast.”