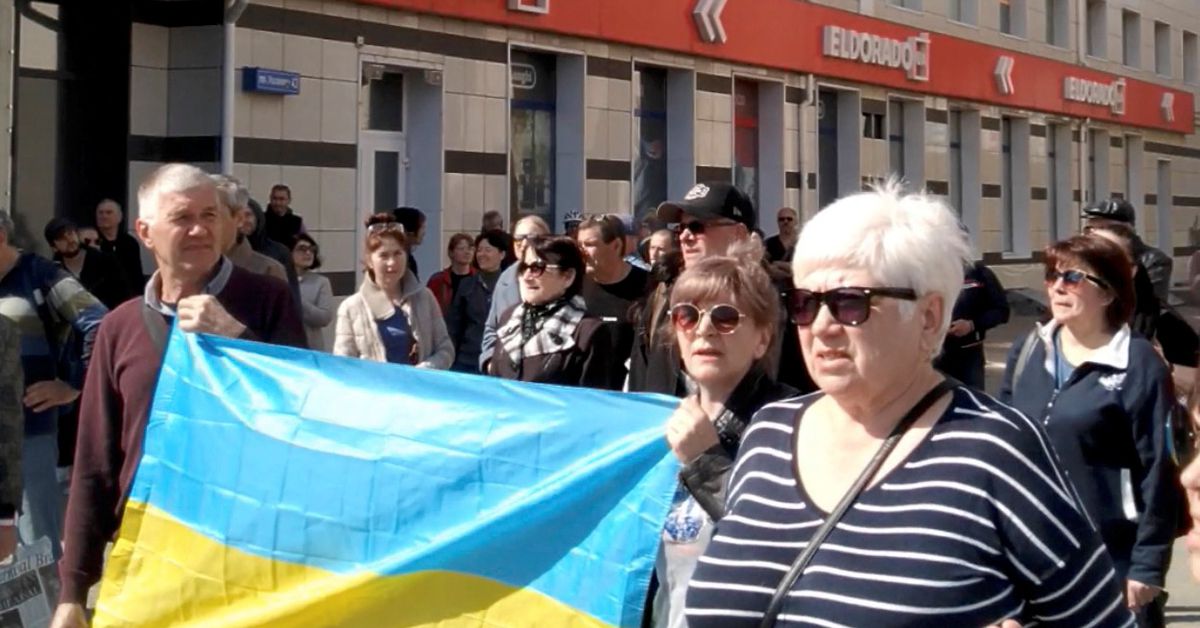 Local authorities say Russia appointed its own mayor of Kherson on Tuesday after its troops took over the administration headquarters in the regional capital, which was the first big urban centre to be seized after the Feb. 24 invasion.

Some residents have staged occasional anti-occupation rallies and crowds gathered in the centre again on Wednesday, the date Kyiv had said Russia planned to stage a referendum to create a breakaway region like those in eastern Ukraine.

“During a peaceful pro-Ukrainian rally on Freedom Square in the city of Kherson, servicemen of the Russian armed forces used tear gas and stun grenades against the civilian population,” the office of Ukraine’s Prosecutor General said in a statement.

It said it was investigating the incident, and that at least four people were wounded.

Ukrainian President Volodymyr Zelenskiy praised the protests, saying in a late night address that “I am grateful to everyone who has not given up, who is protesting, who is ignoring the occupiers and showing the marginal people who have become collaborators that there is no future for them”.

On Tuesday, Russia said it had gained full control of the Kherson region, which is strategically important as it provides part of the land link between the annexed Crimea peninsula and Russian-backed separatist areas in the east. read more

Russia calls its actions in Ukraine a “special operation” to disarm its neighbour and protect it from fascists. Ukraine and the West say the fascist allegation is baseless and that the war is an unprovoked act of aggression.

People hold Ukraine’s national flag during a protest where tear gas was fired on them, amid Russia’s invasion of Ukraine, in Kherson, Ukraine April 27, 2022 in this still image obtained by REUTERS from a social media video.

Regional governor Hennadiy Laguta on Tuesday said the occupation meant his administration had no choice but to leave.

Thousands of people have fled Kherson to Ukraine-controlled territory, according to the local authorities, who report power and water outages, severe shortages of food and medicines and cellphone network issues in some occupied areas.

Footage shared on social media on Wednesday showed people rushing away from a square filled with drifting smoke. A loud boom rang out and a thick plume of white smoke rose into the air. Coughing could be heard and one person could be seen clasping their hands over their eyes.

Reuters verified the location of the video through the configuration of the buildings which matched street view photography of Kherson.

Two people, who told Reuters they had participated in the rally, said people were waving Ukrainian flags, chanting “Glory to Ukraine” and singing the national anthem when a large number of Russian forces turned up.

Speaking by phone, former factory worker Ihor, 33, said some of the Russians first fired in the air.

Both men, who gave only their first names for security reasons, said they had not seen any sign of the planned referendum being held.

Ihor said those who remained were “depressed. People understand that they can’t really do anything. The police are everywhere, people are stopped everywhere,” he said.