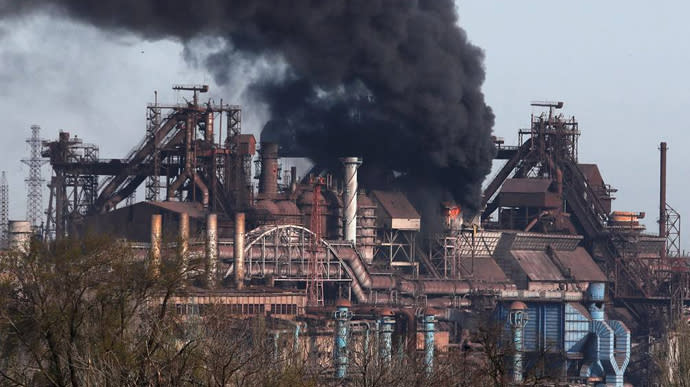 IRYNA BALACHUK – THURSDAY, 28 APRIL 2022, 11:04 The “Azov” Regiment has said that last night Russian occupiers conducted about 50 air strikes and dropped a large number of phosphorus bombs on Mariupol. “Azov” called on the authorities to take decisive measures to lift the blockade of the city or evacuate residents and defenders. Source: Address by the Deputy Commander of the “Azov” Regiment, Captain Sviatoslav Palamar on Telegram Palamar’s quote: “Last night there was just a huge number of phosphorous bombs: 50 air strikes, missiles, artillery and everything that a barbarian can use against humanity.” Details: The Ukrainian military has estimated that during the 64 days of the war, Russia has lost equipment worth $ 162 million in Mariupol, and that the occupiers have spent $288 million on ammunition and aircraft. According to Palamar, Russia’s losses in this single Ukrainian city amount to more than 1 billion 111 million dollars. The Russian occupying forces could have spent this money on building schools or hospitals, on providing a decent old age for their pensioners, but they chose to spend it on the destruction of Mariupol. “I call on the military-political leadership to take decisive action to lift the blockade or evacuate all those who hope and believe in the Motherland. Today I will say that not only is Mariupol Ukraine, but also that Ukraine is Mariupol,” Palamar concluded.