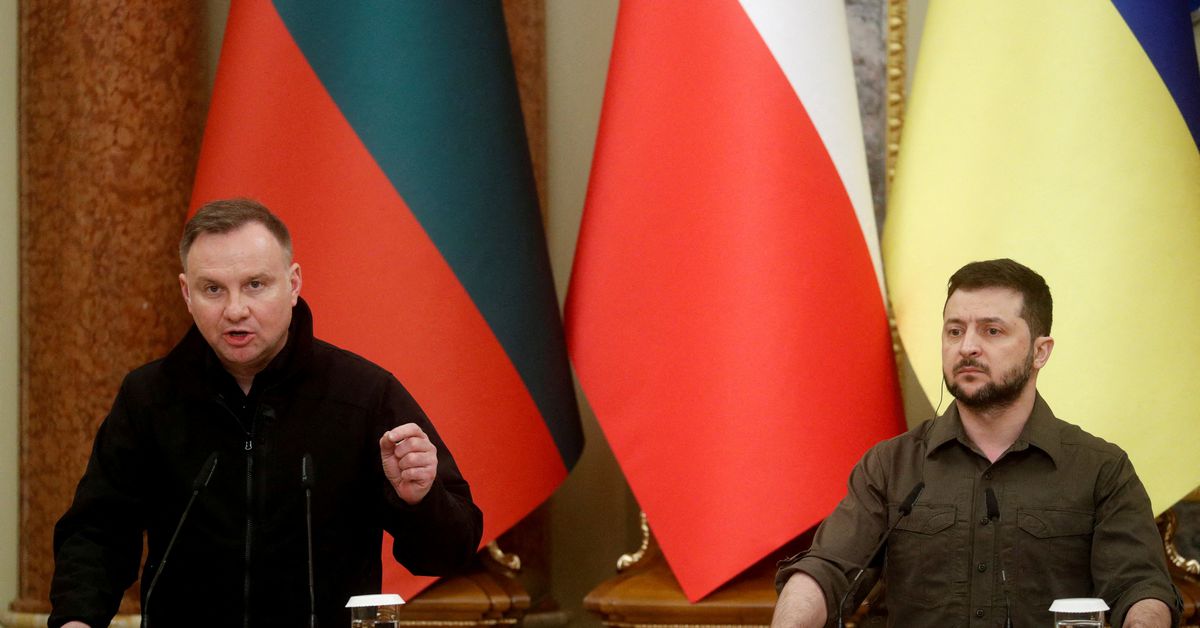 LONDON, April 28 (Reuters) – Russia’s foreign spy chief accused the United States and Poland on Thursday of plotting to gain a sphere of influence in Ukraine, the strongest signal from Moscow that the war could end with forced partition of Ukraine between the West and Russia.

Sergei Naryshkin, the chief of Russia’s Foreign Intelligence Service (SVR), cited unpublished intelligence which he said showed that the United States and Poland, NATO allies, were plotting to restore Polish control over part of western Ukraine.

“According to the intelligence received by Russia’s Foreign Intelligence Service, Washington and Warsaw are working on plans to establish Poland’s tight military and political control over its historical possessions in Ukraine,” Naryshkin said in a rare statement released by the SVR.

Poland has ruled some territories that are now part of Ukraine at different times in the past, most recently between the two world wars. Western Ukraine, including the city of Lviv, were absorbed into the Soviet Union at the end of World War Two.

The SVR said the United States was discussing with Poland a plan under which Polish “peacekeeping” forces without a NATO mandate would enter parts of western Ukraine where the chance of a confrontation with Russian forces was low.

The SVR, which after the 1991 fall of the Soviet Union took on most of the Soviet-era KGB’s foreign spying responsibilities, did not publish its evidence and Reuters was unable to verify it.

The Polish foreign ministry was not immediately available to comment on Naryshkin’s comments on Thursday.

Poland is one of Ukraine’s strongest supporters in its resistance to Russia’s invasion, sending weapons across the border and taking in around three million Ukrainian refugees.

A senior Russian lawmaker, Senator Andrei Klimov, deputy chair of the Federation Council’s Foreign Affairs Committee, also said on Thursday Poland was planning to establish control over part of Ukraine. He gave no evidence for the claim.

One of Russian President Vladimir Putin’s closest allies said this week that Ukraine was spiralling towards a collapse into several states because of what he cast as a U.S. attempt to use Kyiv to undermine Russia. read more

Russia calls its actions in Ukraine a “special operation” to disarm Ukraine and protect it from fascists. Ukraine and the West says this a false pretext for an unprovoked war of aggression by President Vladimir Putin.