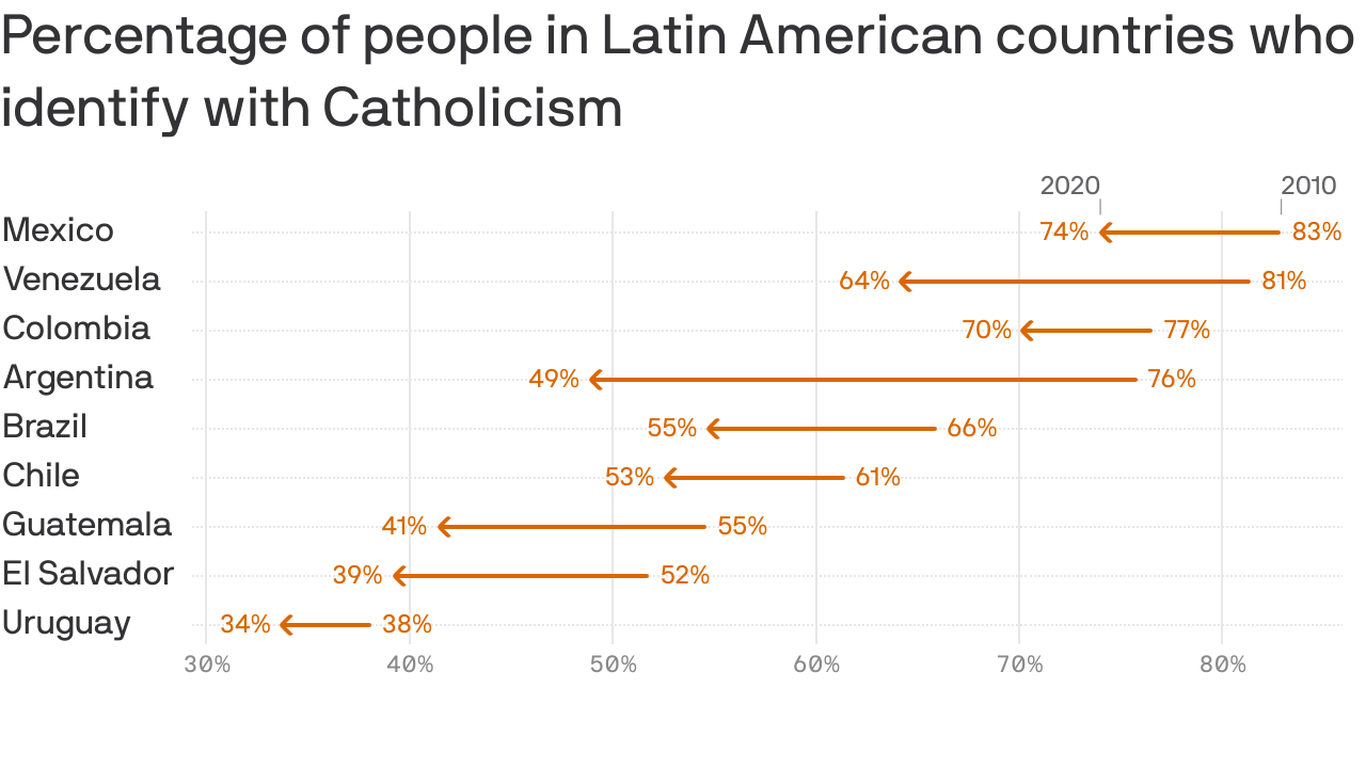 Catholicism is losing its grip in Latin America as the percentage of people who say they identify as evangelical has grown, data shows.

Why it matters: The Catholic Church has historically influenced Latin American laws and politics. Its decline is starting to impact some countries’ policies, even as other faiths grow.

By the numbers: Overall, the number of Latin Americans who said they don’t have a religion jumped by six percentage points from 2010 to 2020, according to the most recent Latinobarómetro, the premier regional annual survey.

Between the lines: The shift in religious beliefs is partly because young people have more faiths to choose from, religious studies professor Andrew Chesnut of Virginia Commonwealth University said yesterday at a conference in Mexico City.

Zoom out: Latinos in the U.S. have also been moving away from Catholicism in recent years, Pew Research Center data shows, as secularism grows worldwide.

Subscribe to Axios Latino and get more news that matters about Latinos and Latin America, delivered right to your inbox on Tuesdays and Thursdays.

Sorgente articolo:
The decline of Catholicism in Latin America – Axios