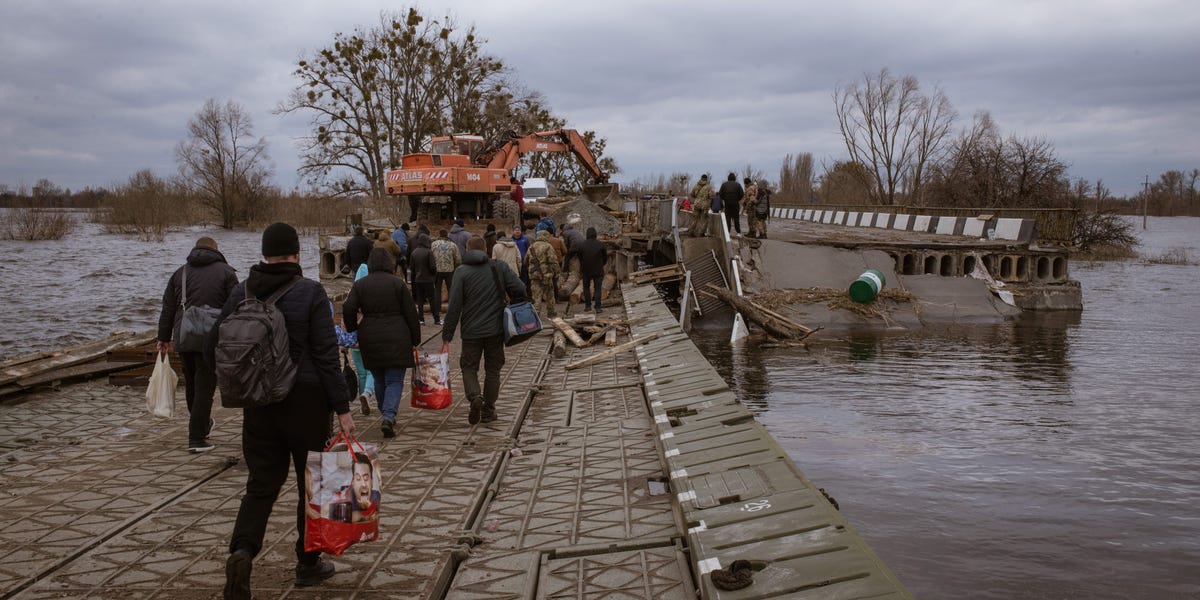 Ukrainians say they have no regrets after intentionally flooding the village of Demydiv to stop Russian tanks from reaching Kyiv, the New York Times reported on Wednesday.

Just a day after the war began, Ukrainian troops on February 25 opened a nearby dam to flood Demydiv, north of Kyiv, and the surrounding countryside, Times reported said.

Satellite imagery from March showed flooding in the Irpin River basin, northwest of Kyiv. But it was not immediately clear who or what caused the flooding until now after Ukrainians claimed credit for the sacrificial defensive move.

The idea was to prevent a tank assault on Kyiv and give Ukrainian troops there more time to prepare their defense of the city. Flooding created a lake in front of approaching Russian convoys and reportedly prevented the troops from advancing.

The flooding also prevented Demydiv from becoming a frontline in the war, the report said, as the village managed to avoid horrific scenes of mass civilian killings like those in the Kyiv suburb Bucha.

“Everybody understands and nobody regrets it for a moment,” local resident Antonina Kostuchenko told the Times. “We saved Kyiv!”

More than two months later, water and flooding remain in Demydiv — but Kyiv is still in Ukrainian hands.

Russian forces failed to capture the capital city and withdrew from the region in late March to focus on a renewed offensive in the country’s eastern Donbas region.