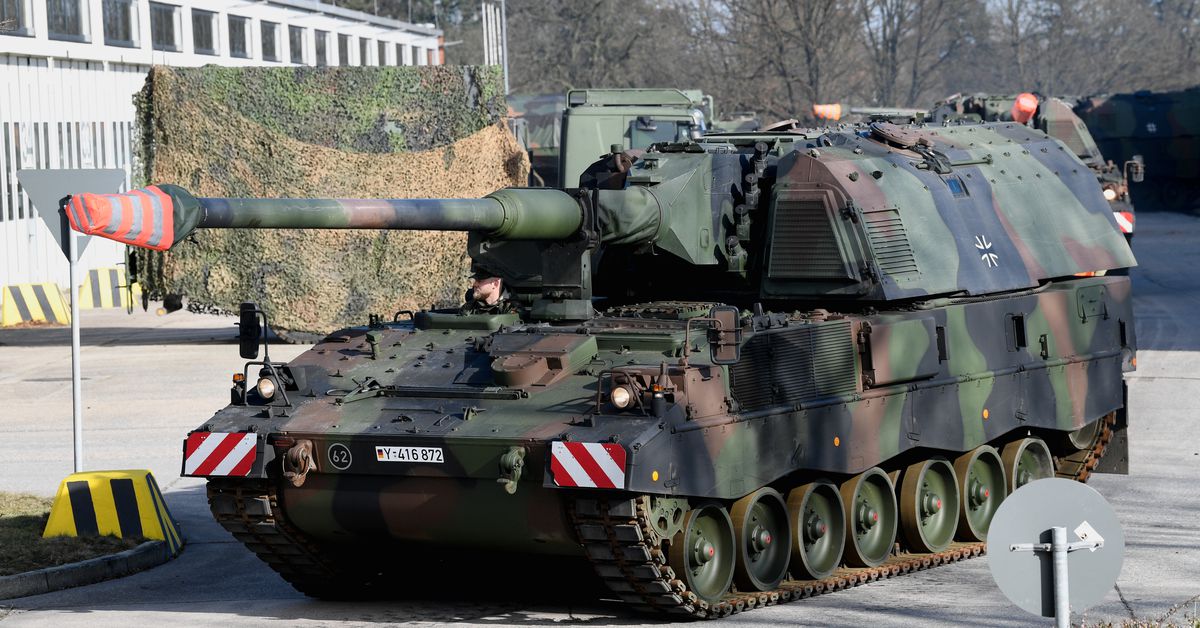 A Howitzer of the German armed forces Bundeswehr is seen before being loaded to Lithuania at the Bundeswehr military base in Munster, Germany, February 14, 2022. REUTERS/Fabian Bimmer

The move follows warnings by the Kremlin that Western arms supplies to Ukraine posed a threat to the security of the European continent “and provoke instability”. read more

Ukraine’s pleas for heavy weapons have intensified since Moscow shifted its offensive to the Donbas, an eastern region with largely flat, open terrain seen as better suited for tank battles than the areas in the north around the capital, Kyiv, where much of the earlier fighting took place.

Berlin is in talks with the Dutch government on delivering the Panzerhaubitze 2000 to Ukraine, the source said, referring to one of the most powerful artillery weapons in the Bundeswehr inventories that can hit targets at a distance of 40 km (25 miles).

The Dutch aim to supply a “limited number” of the same howitzers to Ukraine, ANP news agency reported on Tuesday, as Germany has offered to provide training and ammunition for the weapons built by German defence company KMW.

Critics, including Ukraine’s ambassador to Germany, have accused Berlin of dragging its heels on giving heavy weapons to Ukraine and on other measures that could help Kyiv repel Russian forces, such as an embargo on Russian energy imports.

Most of the heavy weapons NATO countries have sent to Ukraine so far are Soviet-built arms still in the inventories of east European NATO member states, but the United States and some other allies have started to supply Kyiv with Western howitzers.

On Thursday, NATO Secretary-General Jens Stoltenberg said the Western military alliance was ready to maintain its support for Ukraine in the war against Russia for years, including help for Kyiv to shift from Soviet-era weapons to modern Western arms and systems. read more

Moscow describes its actions in Ukraine as a “special military operation” to “denazify” the country.