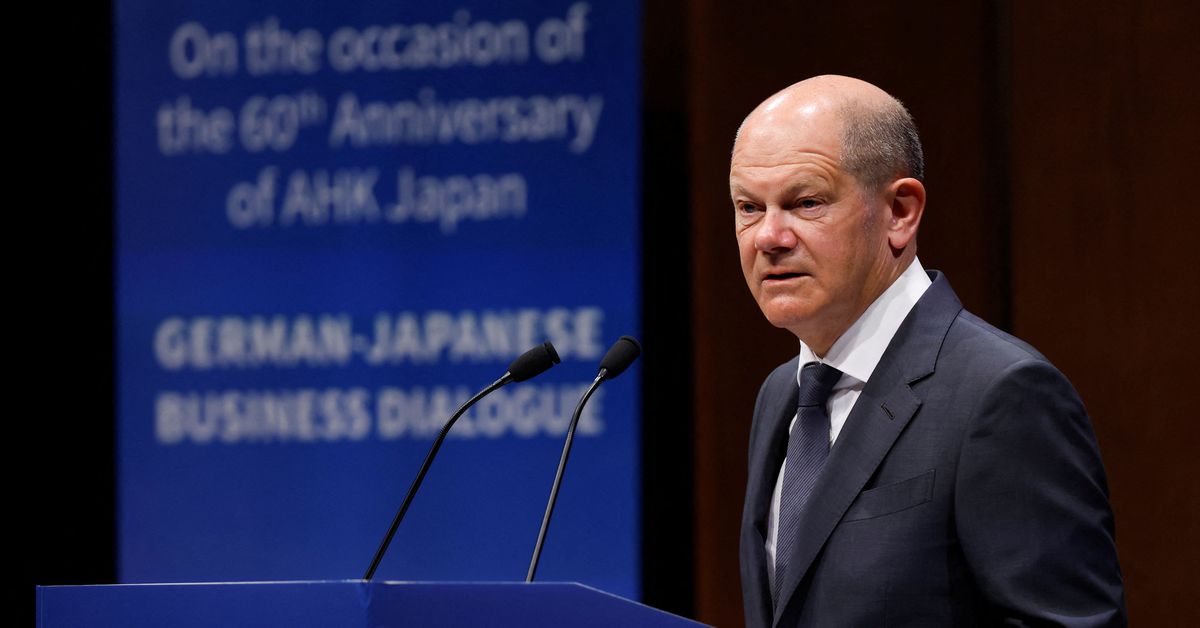 “It is no coincidence that my first trip as chancellor to this region has led today here, to Tokyo,” he said. “My trip is a clear political signal that Germany and the EU will continue and intensify their engagement in the Indo-Pacific region.”

The Ukraine crisis has highlighted Germany’s energy reliance on Russia and is spurring Berlin to take security more into account in its foreign and trade policy and to strengthen ties with allies.

The first trip by Scholz’s predecessor Angela Merkel to Asia was to Communist-run China, which has refrained from criticizing Moscow over its invasion of Ukraine.

Merkel visited China twice as often as she did Japan, with German companies benefiting from booming Chinese economic growth.

Scholz’s visit comes the same day that the German lower house of parliament overwhelmingly passed a petition for support to Ukraine that included a clause calling on his government to threaten China with sanctions if it seeks to circumvent western restrictions on Russia or deliver weapons.

However, a member of the business delegation accompanying Scholz warned against reading too much into the decision not to visit China, given strict COVID-19 restrictions there.

Both Scholz and Kishida underscored their efforts to reduce their countries’ dependence on Russian energy imports given the Kremlin’s attack on Ukraine, which Moscow calls a “special operation” to disarm the country and protect it from fascists.

Asked about Russian threats to cut off gas deliveries to Europe, Scholz said: “Whether and what decision the Russian government takes in this situation, one can only speculate.”

“One has to prepare for it and, as I said, we started that before the war broke out and we know what we have to do.”

Scholz criticized Russian President Vladimir Putin for clinging to the idea of a “forced peace” in Ukraine, which he said would not work, while Kishida raised the issue of Chinese territorial disputes.

“Change in the status quo by force is something that must be avoided not just in Europe but also in the Indo-Pacific, especially in East Asia,” he said.

Scholz warned against a trend of deglobalisation and protectionism which he said was “not an option, especially not for open, free trade nations like Germany and Japan”.

Reporting by Andreas Rinke and Ju-min Park in Tokyo; Additional Reporting by Elaine Lies in Tokyo and Riham Alkousaa in Berlin; Writing by Miranda Murray and Sarah Marsh in Berlin Editing by Bernadette Baum and Frank Jack Daniel