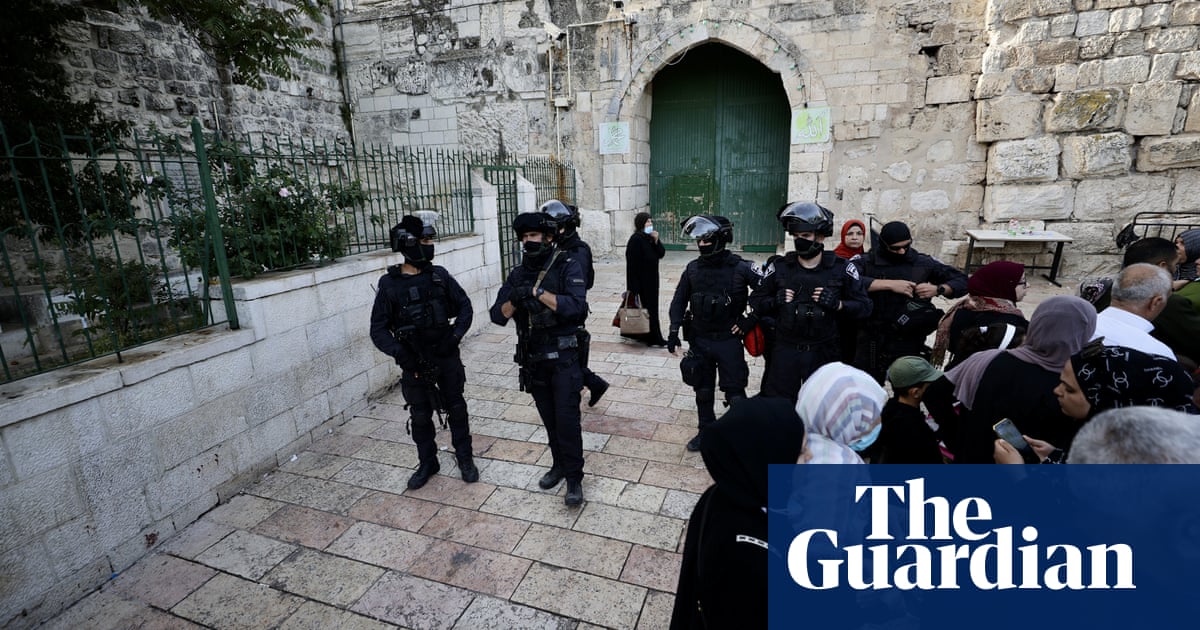 Israeli police have fired rubber bullets and stun grenades towards Palestinian youths throwing rocks in the latest outbreak of violence at Jerusalem’s al-Aqsa mosque, a site revered by Muslims and Jews.

At least 42 Palestinians were injured in the early morning clashes on Friday at Islam’s third-holiest site, the Palestine Red Crescent said.

Israeli police said they intervened when hundreds of people began hurling rocks and fireworks, including in the direction of the Western Wall, where Jewish worshippers gather. Police said in a statement: “We will continue to act decisively against rioters and outlaws for public safety and security.”

There were almost daily confrontations at the mosque this month when Ramadan overlapped with the Jewish celebration of Passover, which brought hundreds of thousands of Muslims and Jews to the heavily policed site in the old city.

However, the violence had abated this week following the end of Passover and after Israel halted Jewish visits to the huge esplanade, which is home to the gilded seventh-century Dome of the Rock and the eighth-century al-Aqsa mosque.

The compound is Judaism’s holiest site and the vestige of two ancient Jewish temples.

Ramadan ends next week and large crowds often gather on the final Friday of the fasting month at al-Aqsa mosque.

Israeli officials have blamed tensions this month on Islamist groups, including Hamas, which rules the Palestinian enclave Gaza, saying they have encouraged youths to stage riots aimed at stirring anger in the Muslim world against Israel.

Palestinians accused Israel of not doing enough to enforce a longstanding ban on Jewish prayer on the esplanade. Israel rejects this accusation.

The al-Aqsa compound sits on top of the old city plateau of East Jerusalem, which Israel captured in the 1967 Middle East war and annexed in a move that has not won international recognition. Palestinians want East Jerusalem to be the capital of a state they seek to establish in the occupied West Bank and Gaza.