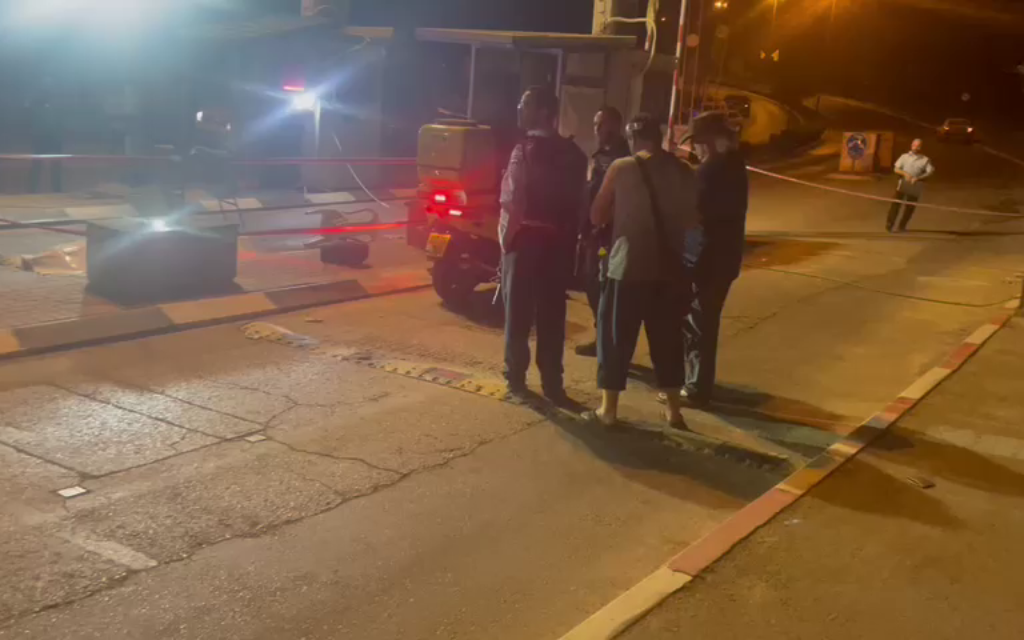 An Israeli security guard was shot and killed in a terror attack near the entrance to the West Bank settlement of Ariel on Friday night, officials said.

Security camera footage from the scene showed a blue Suzuki vehicle driving up to a guard post, where a person in the passenger seat opened fire. The gunman and the driver then both got out and continued to fire into the guard post before driving off.

The Magen David Adom ambulance service said its medics declared the man dead at the scene.

“When we arrived at the scene we saw a man in his twenties unconscious with gunshot wounds, he was not breathing and had no pulse,” MDA medic Tomer Fine said.

Ariel and other settlements of the area issued a lockdown order over fears the gunmen may attack again.

Large security forces began to block off roads as police and the military launched a massive manhunt for the gunmen. Local security officials said they did not know where the vehicle headed after the attack.

The Hamas terror group praised the shooting, saying it was a “heroic operation” and a “natural response to the crimes of the occupation and its settlers.” Hamas did not claim its members perpetrated the attack.

The attack comes as tensions have risen sharply between Israel and the Palestinians in recent weeks against the backdrop of repeated terror attacks in Israeli cities that left 14 dead.