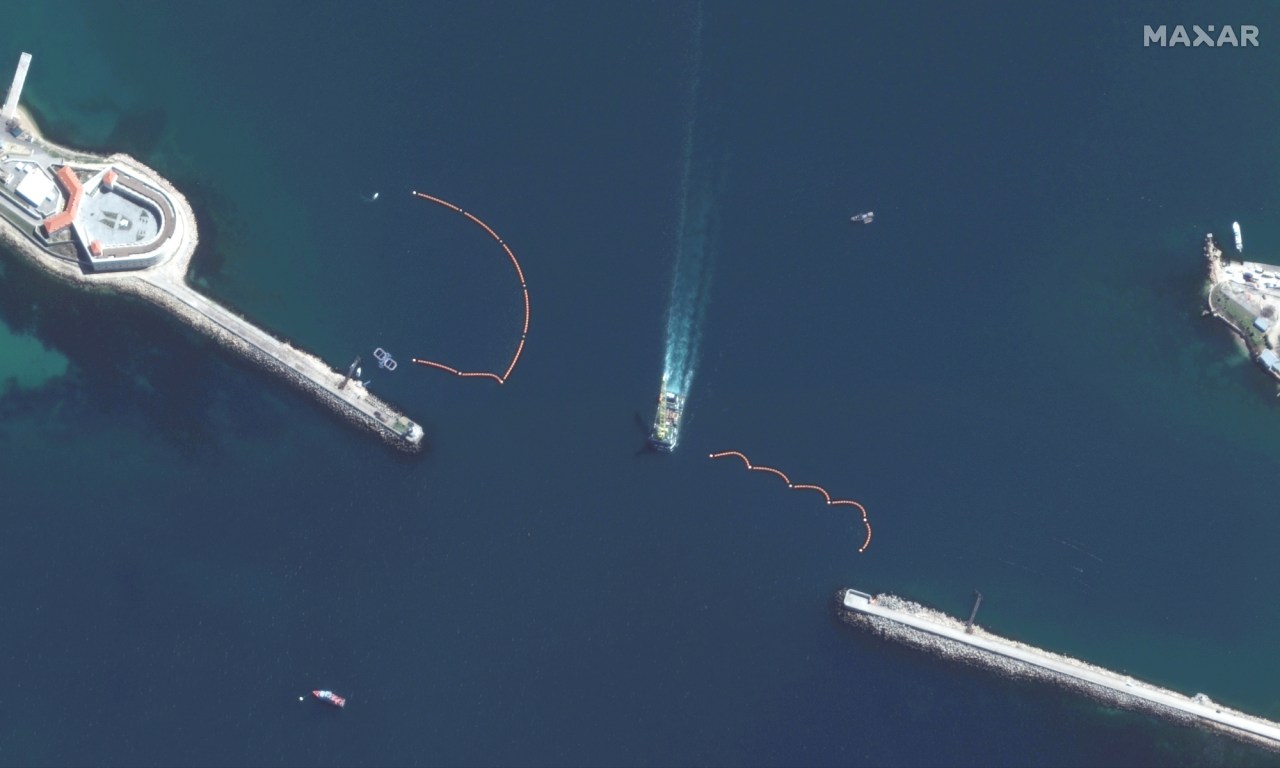 The Russian navy has deployed trained dolphins to guard its naval base in the Black Sea, according to satellite imagery from Maxar Technologies.

Satellite images taken on Thursday show two dolphin pens at the entrance to a naval base in the city of Sevastopol, on the southwestern tip of the Crimean Peninsula on the Black Sea.

The Sevastopol naval base is the most important and strategic for Russia in the Black Sea, located about 165 nautical miles from Ukraine&#8217;s Port of Odessa.

According to the United States Naval Institute (USNI),combat dolphins are trained by both Russia and the U.S., often for counter-diver operations, meaning they could prevent Ukrainian forces from infiltrating the naval base.

During the Cold War, Russia trained marine mammals for similar defense capabilities, and has expanded the program in the past ten years, according to USNI. Beluga whales and seals are often used by Russia&#8217;s northern fleet in the Arctic.

Sevastopol was traditionally part of Ukraine after the dissolution of the Soviet Union, but came back under Russian control when Moscow annexed the peninsula from Ukraine in 2014.