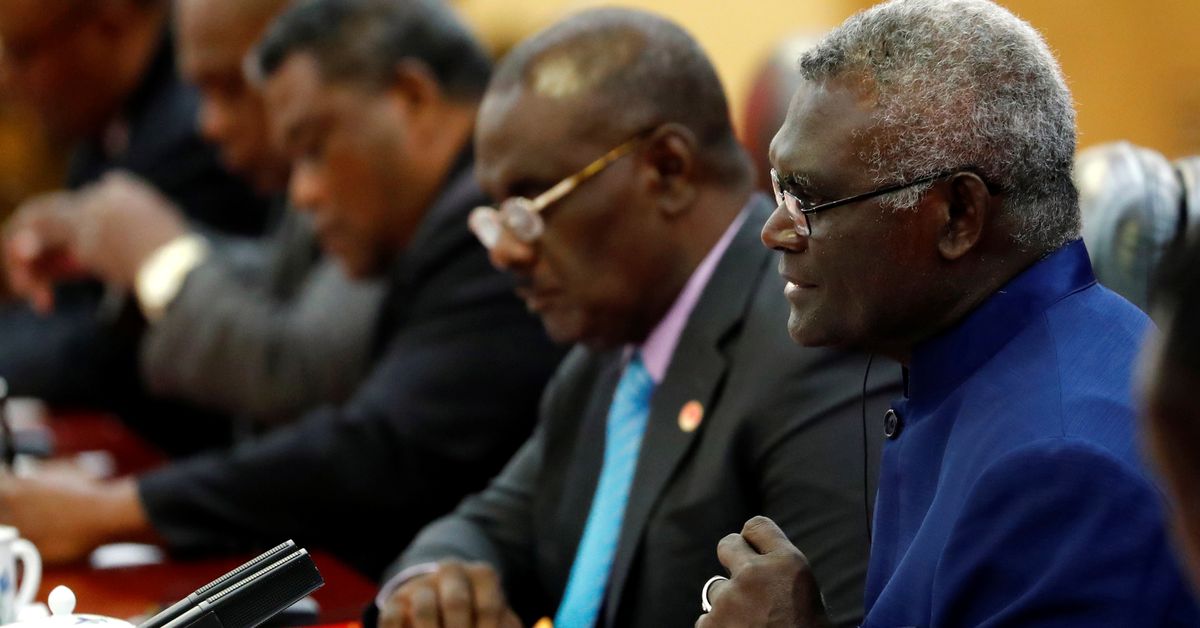 SYDNEY, April 29 (Reuters) – The Solomon Islands signed a security pact with China because a similar deal with Australia was inadequate, Prime Minister Manasseh Sogavare said, adding his country knew the cost of war and would not be part of any militarisation of the Pacific.

Addressing parliament on Friday, Sogavare made his first public comments since talks with White House Indo-Pacific coordinator Kurt Campbell, who visited Hoinara days after the security pact with China was announced.

China’s attempts to extend its military influence in the Pacific have put Western allies on guard, and the security pact with the Solomons has roiled the Australian election campaign. read more

While details of the pact with China have not been disclosed, Sogavare has ruled out a military base and said it covers domestic policing.

Opposition parties have criticised the government’s secrecy over the terms of the pact with Beijing, and Western allies are concerned that it could provide a gateway for a Chinese military presence. read more

Sogavare said Campbell and a separate Japanese delegation had warned him against allowing China to build a naval base because it was not in the region’s interests. Sogavare, who has previously said that there were no such plans, said he agreed with the delegations. read more

“We don’t need to be reminded of the cost of war,” Sogavare told parliament.

He said the Solomon Islands would never accept the militarisation of the Pacific after what it experienced in World War Two, and criticised the United States for failing to include the islands in funding for post-war reconstruction.

Campbell had agreed to speed up the removal of unexploded World War Two ordnance, Sogavare said.

“The AUKUS treaty will see nuclear submarines in Pacific waters. I learnt of the AUKUS treaty in the media. One would expect that as a member of the Pacific family, Solomon Islands… would have been consulted.”

Australian Prime Minister Scott Morrison told reporters on Friday he spoke to Sogavare the day after the announcement of AUKUS and he had not raised any objections.