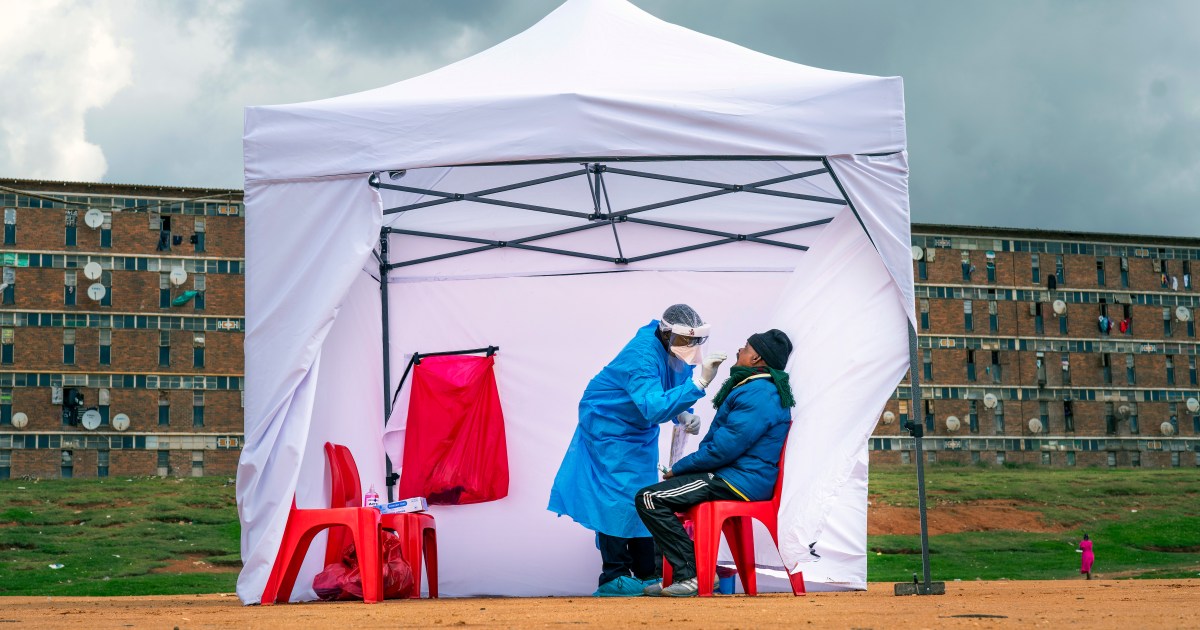 Warning comes after the UN’s health agency flags surging caseload as the main driver of rising cases throughout Africa.

South Africa may be entering a fifth COVID-19 wave earlier than expected after a sustained rise in infections over the past 14 days seemingly driven by the BA.4 and BA.5 Omicron sub-variants, health officials and scientists have said.

The country, which has recorded the most coronavirus cases and deaths on the entire African continent, only exited a fourth wave at the beginning of this year. Authorities had predicted a fifth wave could begin in May or June, early in the southern hemisphere winter.

Health Minister Joe Phaahla told a press briefing on Friday that although hospitalisations were picking up, there had been no dramatic change in admissions to intensive care units or deaths so far.

He added that at this stage, health authorities had not been alerted to any new variant, other than changes to the dominant Omicron variant that first emerged in South Africa and Botswana in November, before sweeping around the world.

Since February, cases had been dropping in South Africa, but infection numbers began increasing last week and have risen quickly since.

The country is now recording several thousand cases a day, up from a few hundred just a few weeks ago. The proportion of positive tests jumped from four percent in mid-April to 19 percent on Thursday, according to official figures.

Sub-variants may be more transmissible

Infectious disease specialist Richard Lessells told Friday’s briefing that waning immunity from previous waves could be contributing to the earlier-than-expected resurgence in cases.

He said the rising share of infections attributed to the BA.4 and BA.5 sub-lineages of Omicron suggested they had a growth advantage over other Omicron sub-variants like BA.2.

But Wassila Jassat of the National Institute for Communicable Diseases said despite the soaring cases, there is no sign yet that BA.4 and BA.5 are causing significantly more severe disease.

Since the onset of the pandemic, South Africa has reported more than 3.7 million COVID-19 cases in total and recorded in excess of 100,000 deaths.

Although the country’s 60 million people account for less than 5 percent of Africa’s population of 1.3 billion, it has had more than a quarter of the continent’s overall number of reported cases.

To date, a third of adults nationwide have been fully vaccinated, according to data compiled by the Reuters news agency.

Senior health official Nicholas Crisp also said on Friday that the country had enough vaccine doses and was not planning to procure more. He added the government was not intending to buy Pfizer’s COVID-19 treatment pill Paxlovid for public sector patients, partly because it was very expensive.

On Thursday, the WHO’s Africa office flagged the current rise in South Africa’s infection rate as the main driver of a more widespread uptick in cases on the African continent.