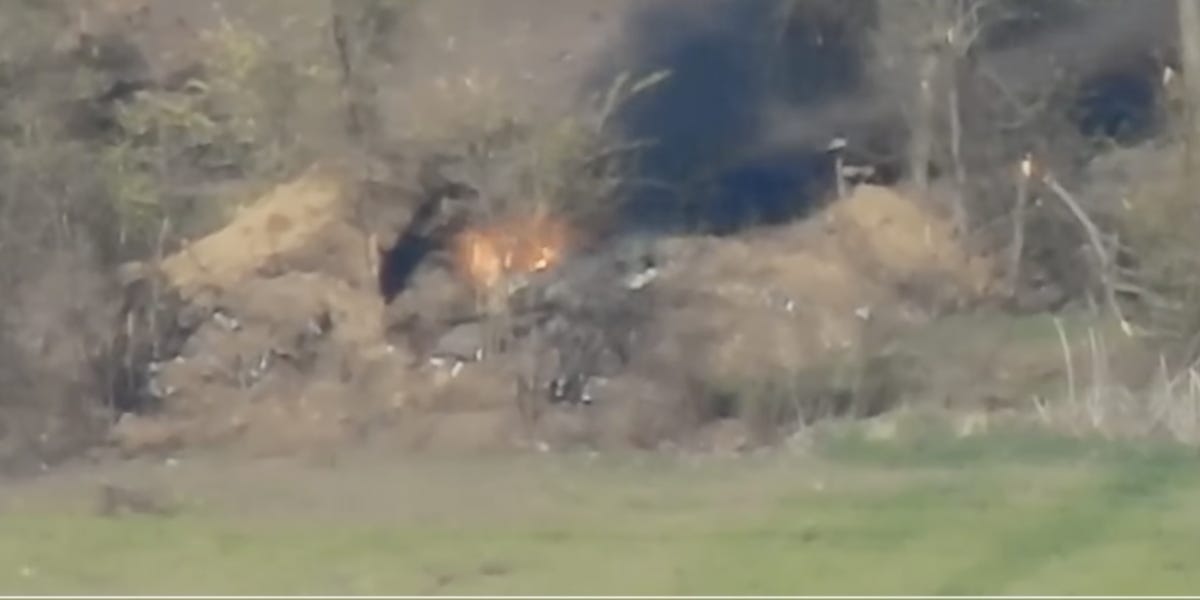 Ukraine’s government uploaded a video on Friday showing its troops destroying Russian tanks and vehicles, with a techno soundtrack in the background in the latest attempt to stoke the country’s morale and that may also help to dehumanize the Russian troops they are trying to repel.

The minute-long video posted to the General Staff of the Ukrainian Armed Forces’ Facebook page shows Russian tanks hit with Ukrainian strikes, before catching on fire.

Meanwhile, Crazy Frog — a Swedish animated character and musician — is playing in the background of the video.

“The invaders continue to die in an inglorious and pointless war. Together we will win!” The Ukrainian military wrote in a caption on its Facebook page.

It was not immediately clear when the strike took place, and Insider was unable to identify the exact location of the strike.

Russia has so far refused to acknowledge exactly how many troops have been killed in President Vladimir Putin’s two-month-war. Ukraine has said it killed 20,000 troops, though Western officials have pegged the number closer to 15,000.

Ukraine has previously published propaganda videos of attacks on Russian forces, set to different music. The music in these videos has the affect of normalizing attacks that are killing Russian soldiers without showing their bodies being burned or torn apart; attacks like these on a Russian tank will kill the three crewmen inside, for example.

In March, it published aerial footage of what it claimed to be an artillery barrage of Russian forces — set to AC/DC’s “Highway to Hell.”

Ukraine has also published a video earlier this month showing scenes of dead civilians and destruction across the country, set to calming music in the background as an attempt to convince the European Union to avoid buying Russian gas.