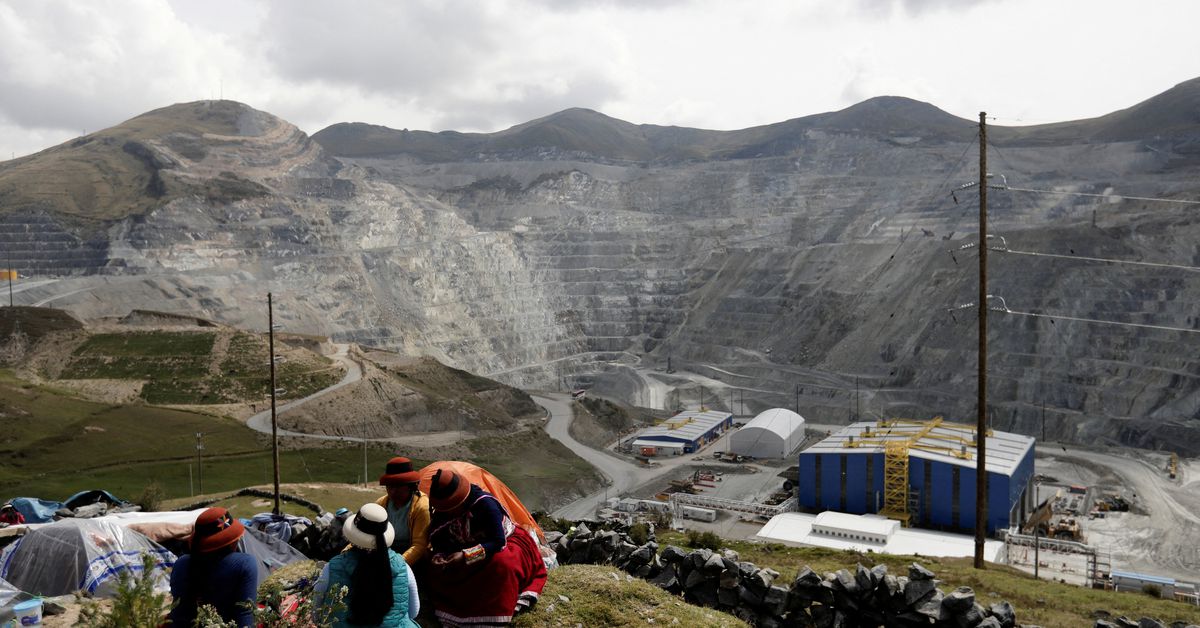 LIMA, April 29 (Reuters) – At least one protesting indigenous community on Friday continued to occupy MMG’s (1208.HK) Las Bambas copper mine in Peru as operations remained halted, the company and two community sources said, despite police operations to evict them.

The indigenous communities of Fuerabamba and Huancuire entered the mine on April 14 and set up camp inside, forcing Las Bambas to suspend operations a week later. They allege the mine has not fully honored previous commitments with them.

Peru is the world’s No. 2 copper producer and Chinese-owned Las Bambas is one of the world’s top copper miners, accounting for 2% of global supply. The mine accounts for 1% of the Andean nation’s gross domestic product.

Las Bambas said in a statement that the protesters “armed with stones, Molotov cocktails and other weapons,” adding that security agents had been attacked and several had been hurt.

On Thursday, police forces failed to evict Huancuire, while Fuerabamba was evicted earlier in the week but tried to re-enter the mine, according to representatives of both communities.

“We are inside and we are going to recover 100% of the territory,” said Edison Vargas, president of the Fuerabamba community.

Las Bambas said Fuerabamba was trying to enter but did not confirm if it had managed to do so. Fuerabamba was resettled almost a decade ago to make way for the construction of Las Bambas.

Huancuire has not been resettled but is opposing Las Bambas’ plans to expand its mining operations closer to its territory.

Alexander Raul, a community adviser to Huancuire, said Friday would mark 15 days since the community entered the mine.

The two-week period is key as Peruvian law allows property owners to use force to evict trespassers in the first 15 days of an invasion, but after that they need to go through a lengthier legal process.

Later on Friday, the government said it would call indigenous communities and Las Bambas for a dialogue on May 7, at 11 a.m. (4 p.m. GMT). It remained unclear if the parties will agree to the meeting.