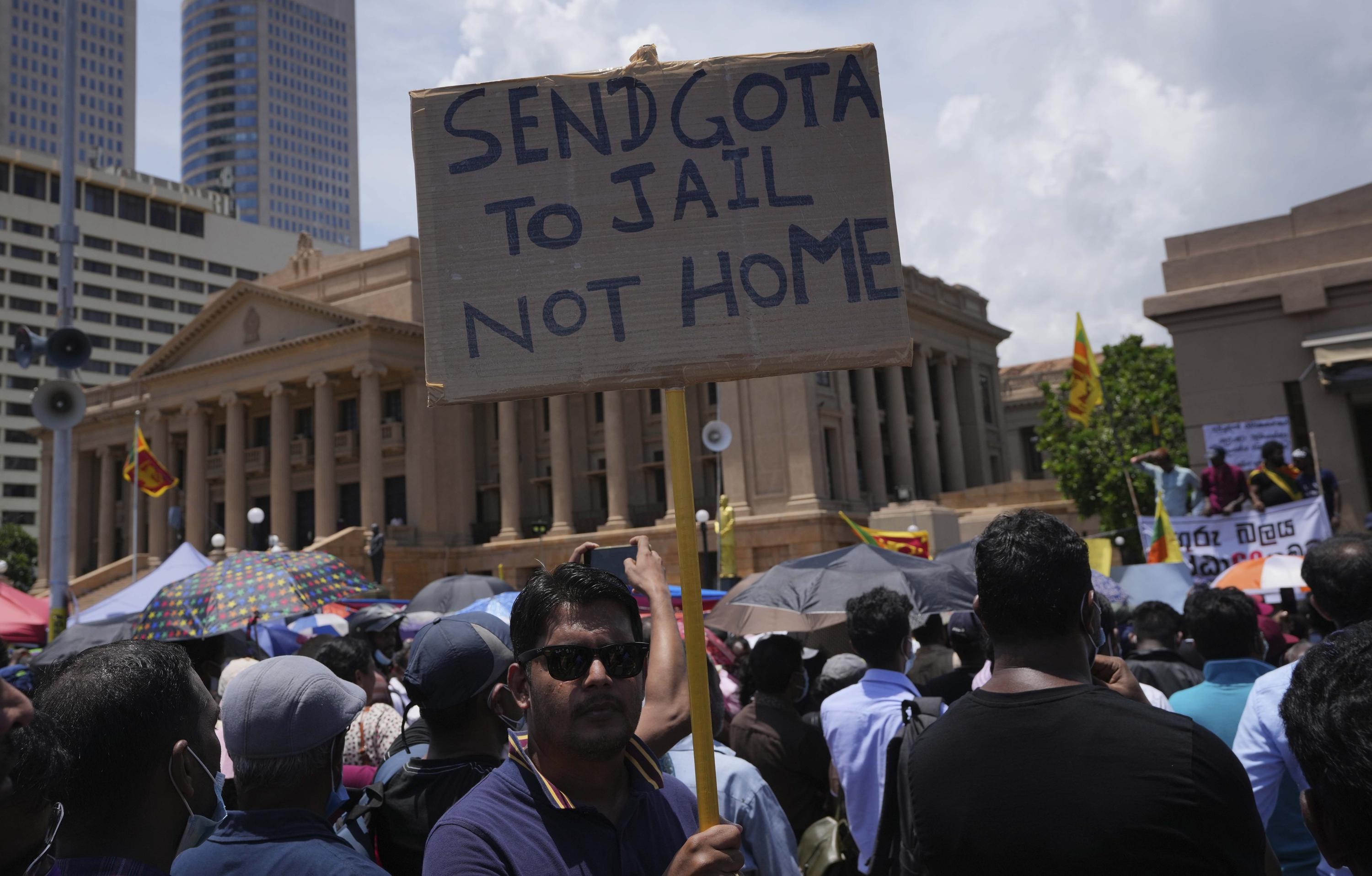 President Gotabaya Rajapaksa agreed that a national council will be appointed to name a new prime minister and Cabinet comprised of all parties in Parliament, lawmaker Maithripala Sirisena said after meeting with the president.

Sirisena, who was president before Rajapaksa, was a governing party lawmaker before defecting earlier this month along with nearly 40 other legislators.

Sri Lanka is near bankruptcy and has announced it is suspending payments on its foreign loans. It has to repay $7 billion in foreign debt this year, and $25 billion by 2026. Its foreign reserves stand at less than $1 billion.

The foreign exchange shortage has severely limited imports, forcing people to wait in long lines to buy essentials such as food, fuel, cooking gas and medicine.

Rajapaksa and his family, including Prime Minister Mahinda Rajapaksa, have dominated nearly every aspect of life in Sri Lanka for most of the last 20 years. Protesters who have crowded the streets since March hold them responsible for the crisis.

On Thursday, businesses were closed, teachers absent and public transportation interrupted as Sri Lankans heeded a call for a general strike to pressure the president to step down.

Rajapaksa earlier reshuffled his Cabinet and offered a unity government in an attempt to quell the protests, but opposition parties refused to join a government headed by the Rajapaksa brothers. The weak, divided opposition has been unable to form a majority and take control of Parliament on its own.